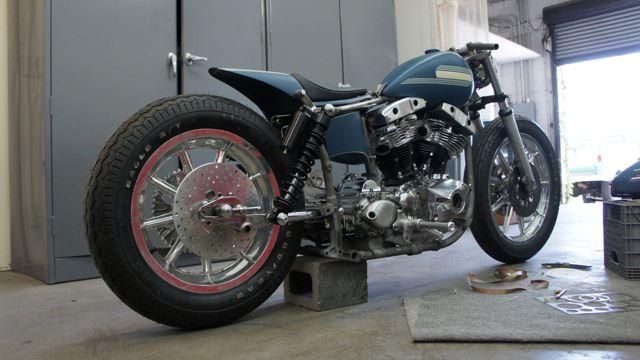 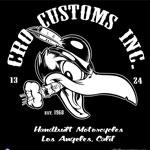 Once the jig was done, it was time to chop! Initially I was going to lower the neck a full 2″ but after measuring 100 times, I decided 1 3/4″ would get me where I wanted and keep the backbone and cross strut mods less extreme. The rake would stay stock. Initially I thought I would replace the backbone and strut at the neck, but found a much easier solution that worked probably better. I pie cut the backbone and strut right at junction of the neck, then I could bend it slightly to meet the new angle created by dropping the neck. Slugged it, plug welded it. The backbone had the be knotched to clear the rear rocker box. The seat area was narrowed slightly. This was simply done by bending some new pipe and locating the bend more towards the rear. I reused the castings by shaving them and rewelding. The end result is something most will never see, but it changes to look and stance of the bike significantly. Jig took 3 weeks of nights to build, the frame mods took 2 days!