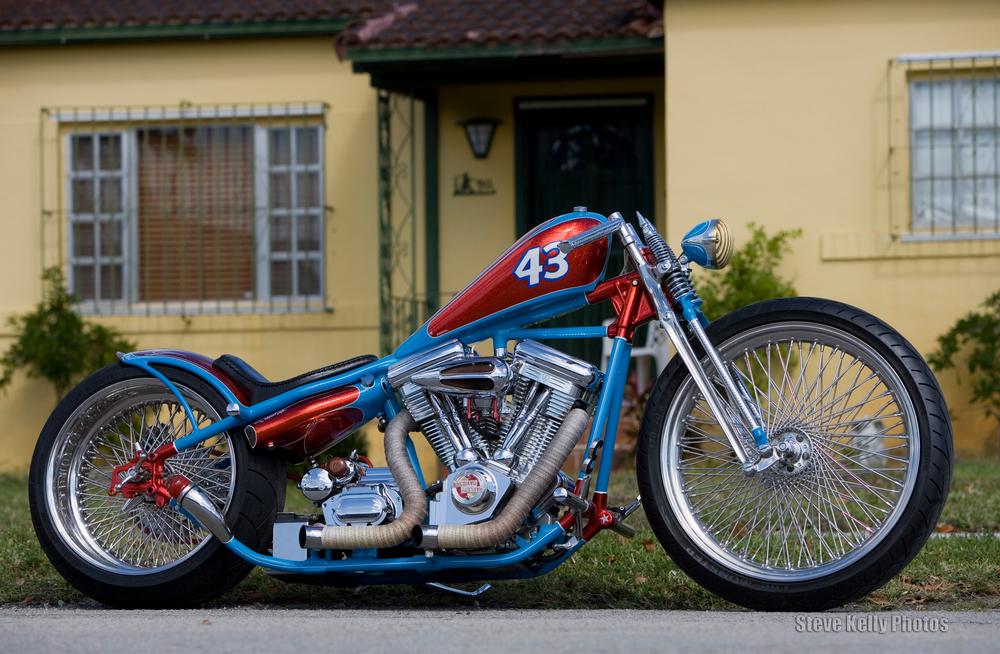 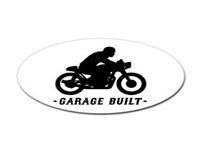 In Warren Lane’s own words… “The client for this bike had a giant, old chopper, one of those hideous things that cannot even sell for $6k in the US. The client brought this monstrosity to me and asked me to “fix it.” The only things it had going for it were the Patrick Racing motor and the Jim’s 5-speed gearbox. While the Patrick Racing engine is undeniably a quality piece of craftsmanship, I do not care for billet parts or Evolution style engines, so I passed on the opportunity telling him that it just wasn’t my cup of tea. Refusing to take no for an answer, on his own, my client located and purchased a rolling chassis that I had previously put together for another customer. Since he had gone to a great deal of trouble and located and purchased one of my chassis, when he came back to me and asked again if I would “fix his bike” I accepted the challenge, but would start again with nothing more than the engine and the frame. Later featured in a MAC ad with Nikki and Ricky.