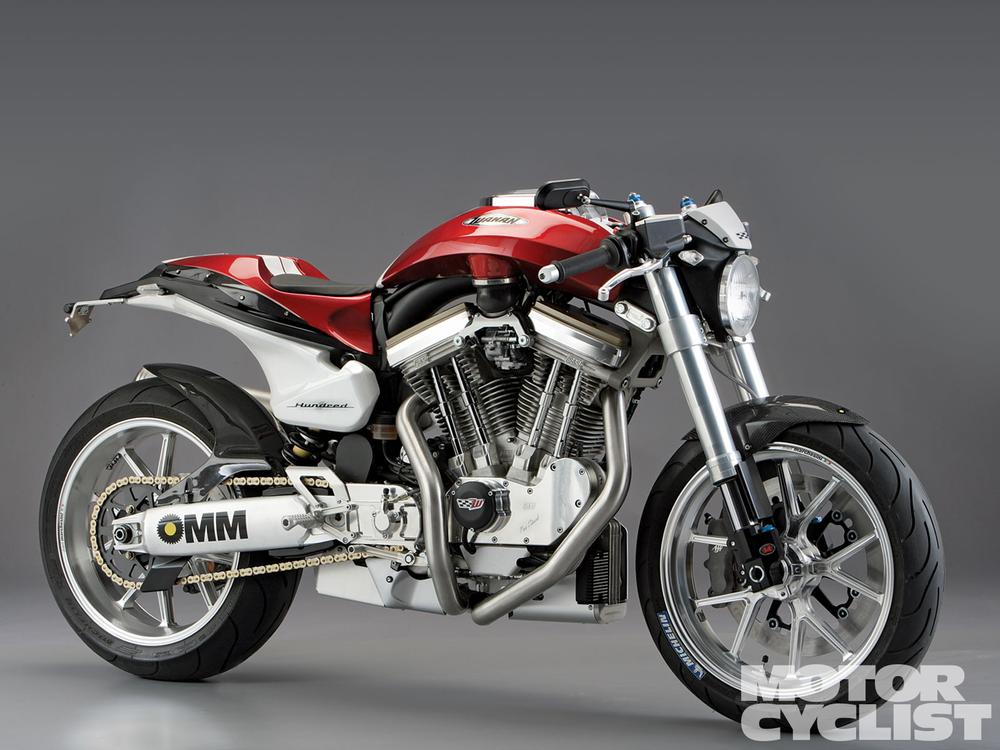 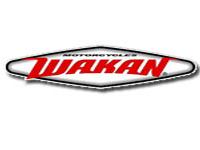 he Roadster 100 is fitted with the same 1,640cc, 45-degree v-twin as all other Wakan machines, and it makes 115bhp at 6,250rpm and 156Nm of torque at 4,250rpm. The Wakan Roadster 100’s tubular backbone chassis is made of chrome-molybdenum and uses the engine as a stressed member. The front fork is a 46mm USD Ceriani number, the rear shock is a ZF Sachs unit, the wheels are forged aluminium Marchesinis and the meaty swingarm is made of aluminium alloy. The bike weighs 177kg dry and claimed top speed is 250km/h. The Roadster 100 is fitted with a single 340mm brake disc at the front, with six-piston AJP callipers, and the rear disc is 220mm. The bike rides on 17-inch wheels, shod with 180/55 (rear) and 120/70 Michelin Pilot Power rubber. Notice the scoop protruding from the top of where you would expect to find the gas tank and the gas tank in the rear fender.