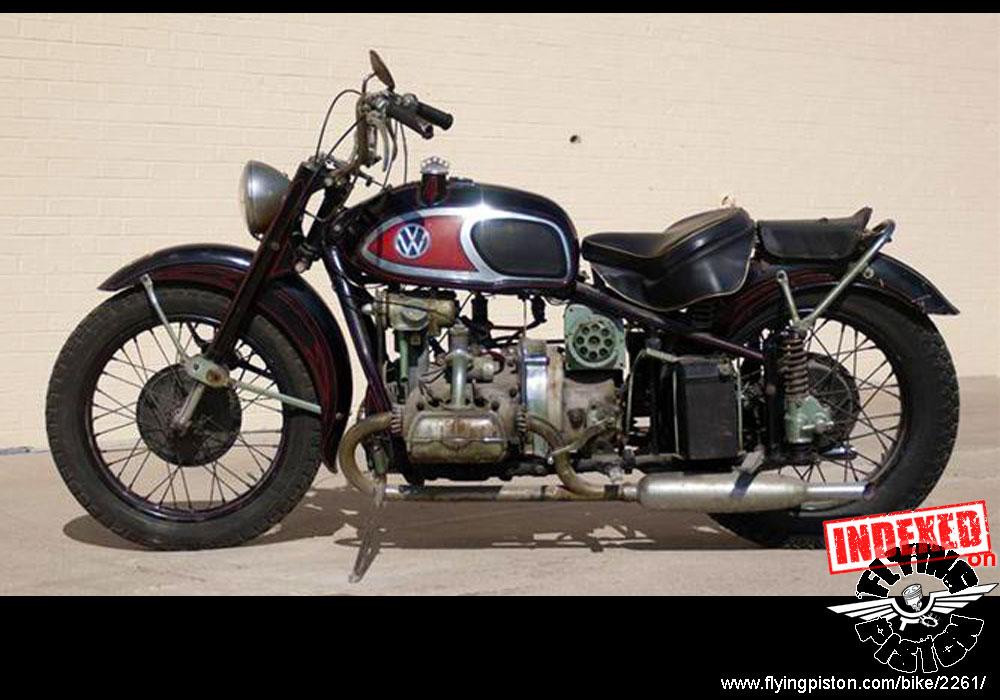 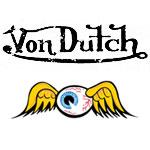 What’s so special about the XAVW? Most people know Von Dutch for his artistic classic pin-striping and some know he has painted a few bikes, written some strange prose, made some knives and pretty whacky sculptures. But working with a Harley-Davidson XA, a World War II shaft drive machine that’s relatively rare now, some Moto Guzzi components and a 36 horsepower flat four Volkswagen engine he joined some cool components and built a complete motorcycle. After showing the bike at TorqueFest in Iowa this summer Mike made a deal with John Parham to lend the bike to the Museum for display. The museum has lots of bikes and memorabilia on loan which keeps things there changing, always new. You can head over to Anamosa, Iowa any day and sit down right beside the bike, study it and consider all the thought and the work Von Dutch put into it. It appears he had to stretch the frame, make it wider to get the VW engine to drop in.