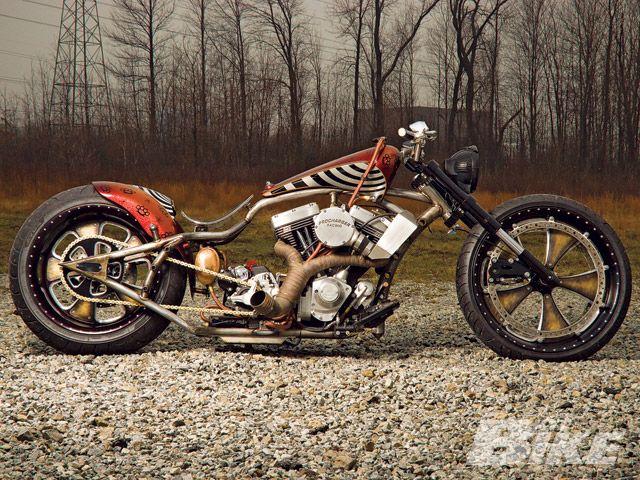 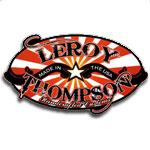 Scott Webster of Leroy-Thompson Choppers and ProCharger collaborated on a bike named “Trendkill” which was unveiled to a packed house at the 2008 V-Twin Expo in Cincinnati. The motorcycle has a similar look to their acclaimed Biker Build-Off winner bike called Ethyl. Scott Webster, owner of Leroy-Thompson, utilized their own custom Ethyl frame, Brembo brakes and Lazer Star lights, with a 124” Pro Charged S&S motor to produce 180 hp.