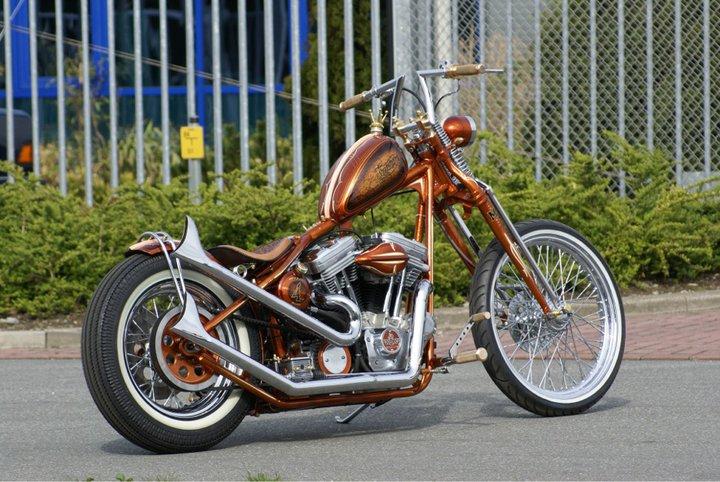 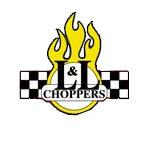 Gerard Our client has a light converted Softail but still wanted very much like a chopper. He joined the L & L shop inside and inquired about the possibilities. Soon he came to the conclusion that it is a Sportster chopper had to be. Our Attackit chopper frame of the type that would look exactly specify where Gerard was looking for. This frame is slightly larger than an original Panhead hardtail frame and that was the tall Gerard good. Using a folder of photos and clippings brought along by our enthusiastic customers, we went to work. All building wanted Gerard, who was not was aware of all possibilities, more and more. Thus, this chopper eventually Attackit the most luxurious ever built by us. A bicycle built entirely in Frisco Lane Splitters style! He calls his chop the ‘Treasure # 4. It is next to his wife and two daughters to be his fourth ‘treasure’.