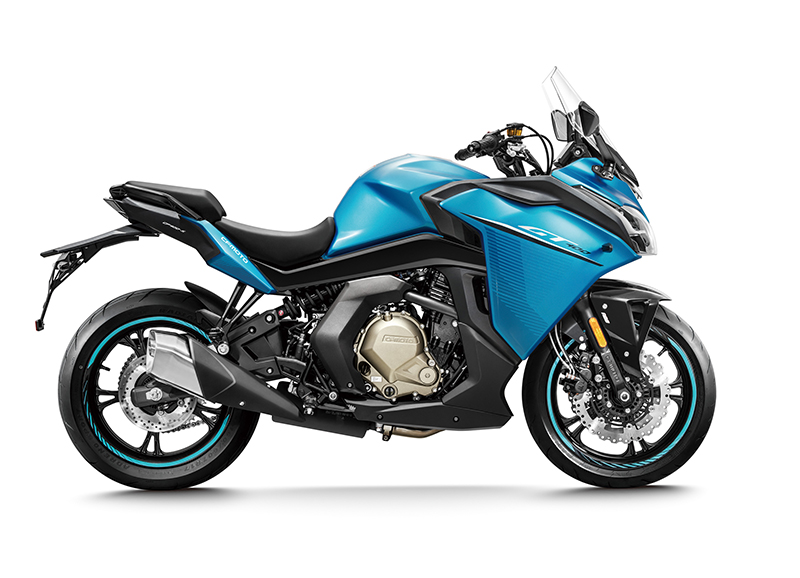 For years, motorcycles have seemed to have come from one of four places: America, Europe, Japan, and India. These bikes carry the influences of their origins on their sleeves, with the long-distance American cruiser, the durable European bikes, the high tech Japanese bikes, and the Indian bikes that can be fixed with a hammer, a grunt, and some baling wire. Each motorcycle type has its staunch fans, fierce opponents, and is part of what makes riders a worldwide community.

Would it surprise you, then, that a lot of manufacturers, including those on the very bleeding edge of electric motorcycle technology, are either partnered with a Chinese manufacturer, or are wholly owned subsidiaries of a Chinese mega-brand? And that some of the best bang-for-your-buck motorcycles you can buy today are made in China? Believe us, when we went digging through the information during research for this article, a surprising amount of damned good bikes are either partially or fully made in China, or are an extension of a Chinese manufacturer.

Therefore, we present to you the Best Chinese Motorcycles of 2021, and some of these bikes might surprise you! 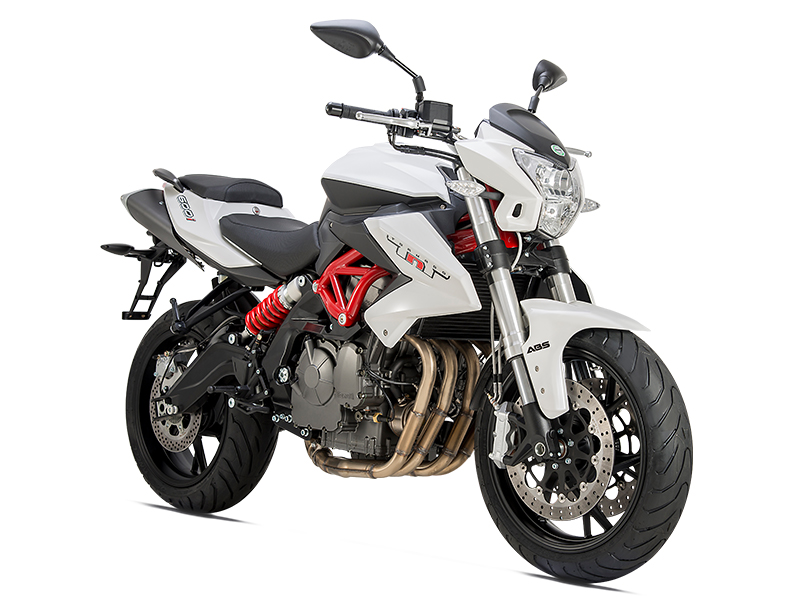 “Wait a minute,” we can already hear you saying. Yes, Benelli is an Italian company, but it is majority-owned by, and a subsidiary of, Geely, who are more properly known as Zhejiang Geely Holding Group Co., Ltd. The actual motorcycle, a 68 HP, 599cc parallel-twin engined sport naked, is the latest offering from the company, with design and development taking place in Pesaro, Italy, and the actual manufacturing taking place in Wenling, China.

What makes the TNT 600 one of the best bikes from China is that it has all the flair, looks, and sound of an Italian bike, yet is inexpensive at just under $6,000 new and is known to be reliable and easy to maintain.

CFMoto, in the past, has had a fairly nominal reputation. They know how to make an engine that can run pretty much forever, however the build quality pre-2017 was not what many would consider top tier. It was adequate, but fairing gaps and seats that wore out very quickly were chief among complaints.

However, since CFMoto underwent a revitalization across its entire model range and company structure, all of a sudden superb motorcycles have been coming out of its factories in Eastern China. One such beast is the 400GT, a sport touring motorcycle that is deceptively easy to ride. With 400 cc parallel-twin, it puts out just under 45 HP and 27 lb-ft of torque. It also has a full-color TFT display dash, much like their international partner, KTM, has on their bikes. 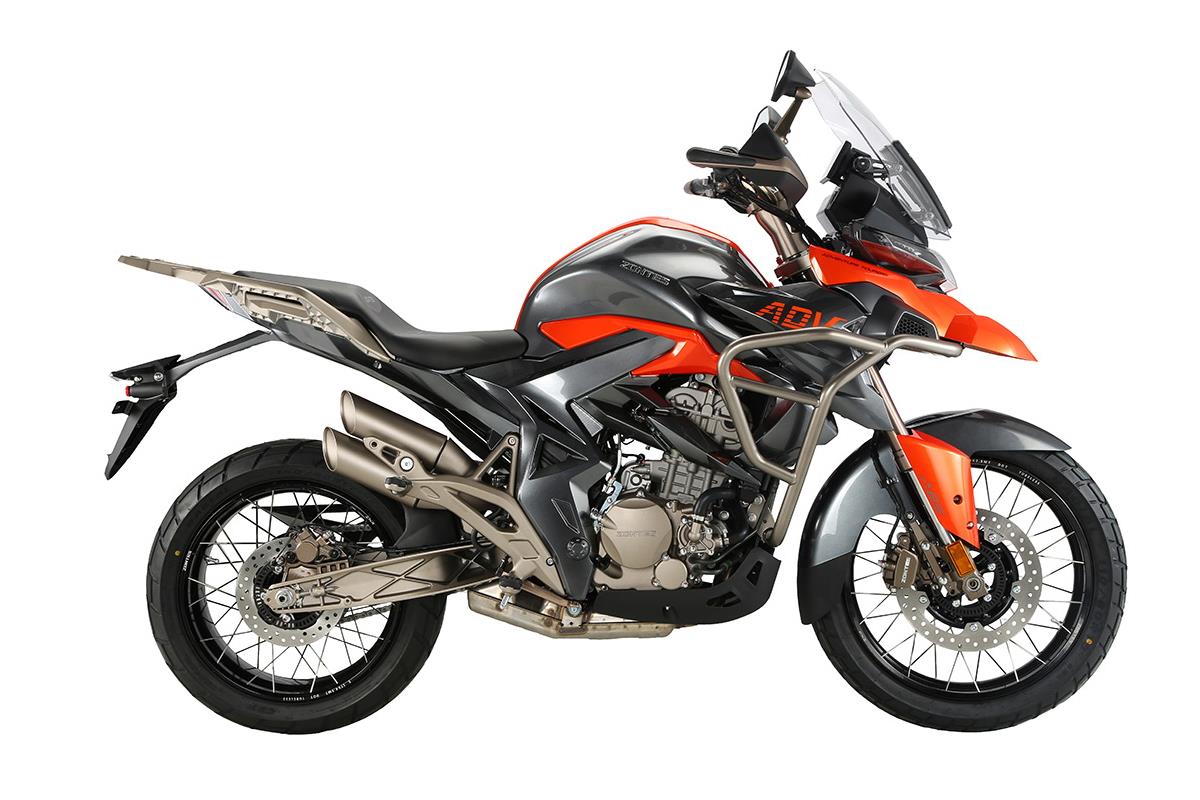 With the success of the BMW G310 GS, the KTM 390 Adventure, and the like, small displacement adventure touring motorcycles are definitely a market target at the moment. Zontes, owned by Guangdong Tayo Motorcycle Technology Co., Ltd, has targeted that market with the ZT310-T, a motorcycle that is based around a nearly indestructible 312cc four-stroke single that pulls like it is a much bigger engine, and was designed and developed in the UK.

Pushing out 35 HP, it is a bike that is meant to be both a great learning bike for A2 license holders in the UK, as well as an all around workhorse for everyone else. 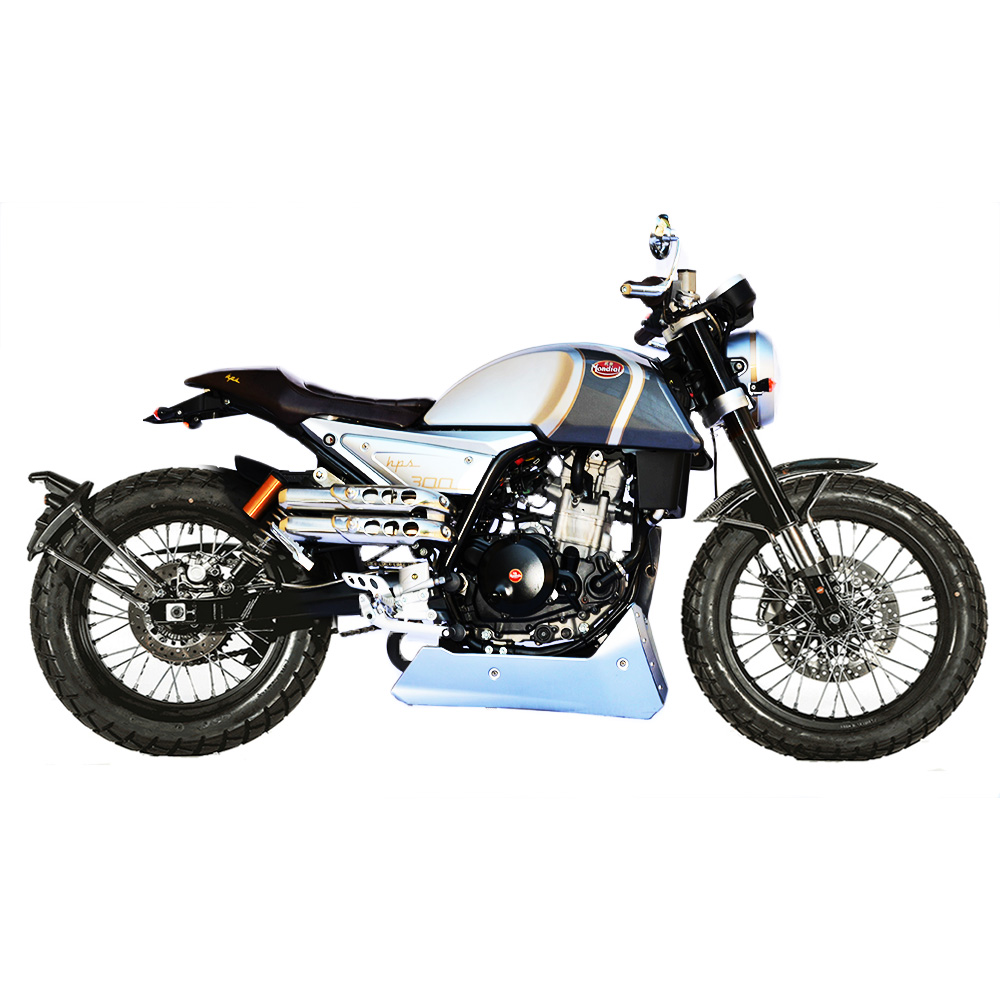 The story of FB Mondial is long and convoluted, but the most recent iteration, brought to life in 2014, is backed by Piaggio, who themselves are Chinese owned. The bikes are manufactured in China, and exported all over the world. The HPS-300 is the newest of their designs, a neo-retro cafe racer that is also a scrambler.

With a 250cc four-stroke thumper chugging away, it both goes like stink on the road, and can haul up hills and over trails off the road.  It has been very popular across Europe for being very inexpensive with good build quality, great fuel economy, and the ability to literally go anywhere. 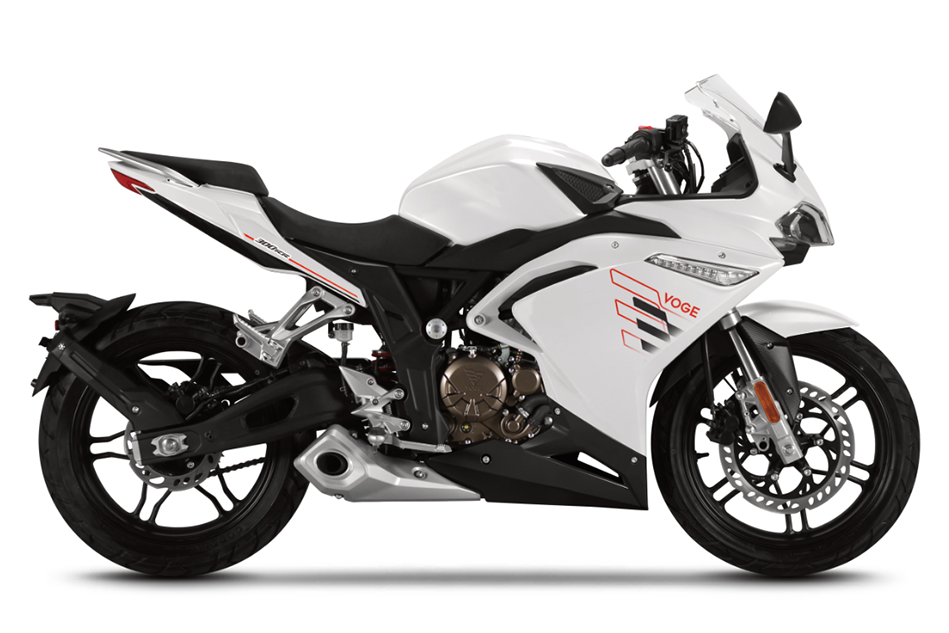 VOGE, more properly ChinaVOGE, is a relative newcomer to the internal combustion style of motorcycles. However, what they have a ton of experience with is building frames and electric bikes. That’s because VOGE used to be known as Sur-Ron, and they have been building electric bikes and scooters since eBikes became a thing.

The 300RR is their first, and quite good, foray into sportbikes. Taking cues from both the Kawasaki Ninja 300 and the KTM 390R, it uses a 292cc four-stroke single that revs like a banshee, tosses out 30 HP, and, thanks to their eBike experience, weighs in at a featherweight 360 lbs wet. 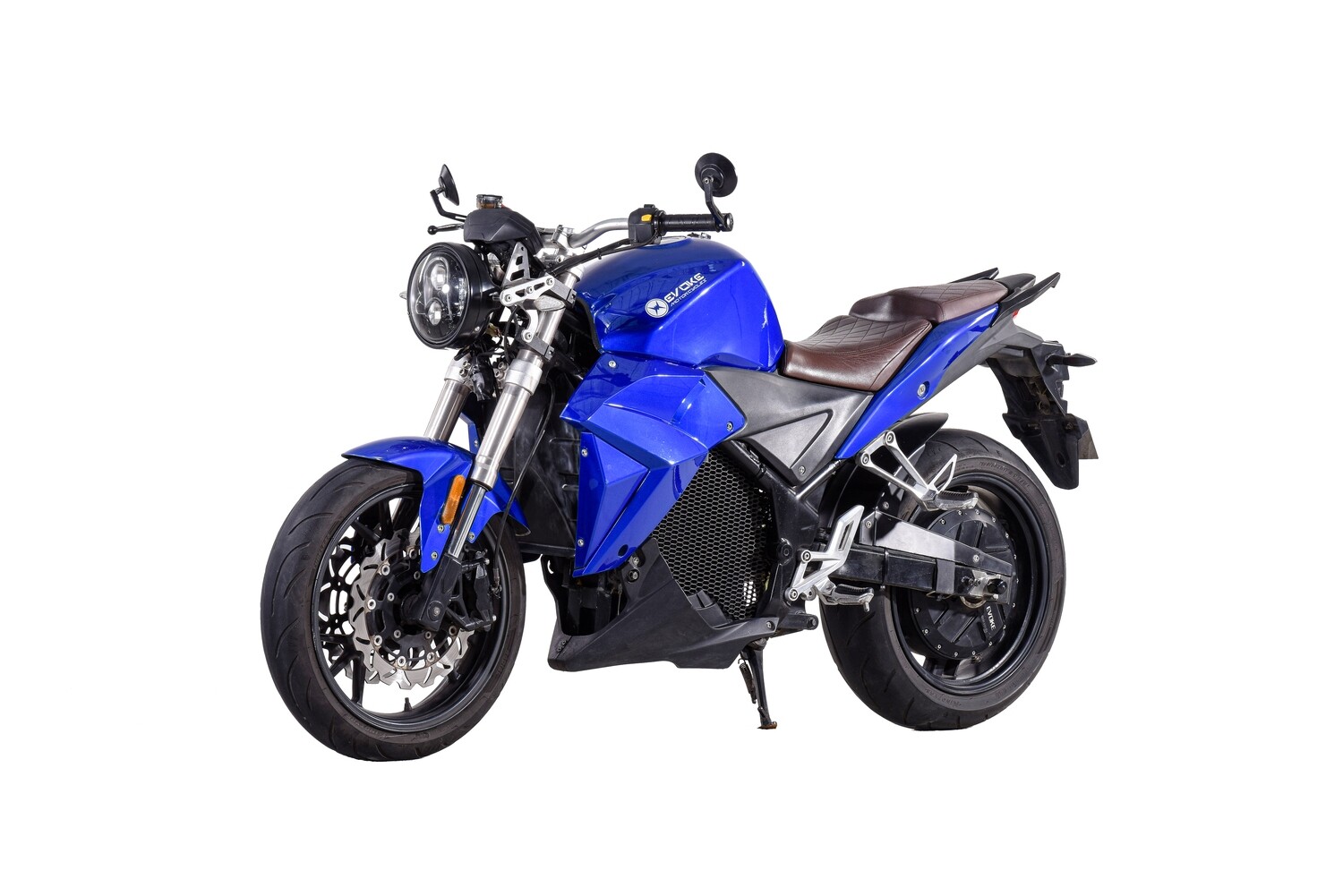 As electric motorcycles become more and more the future of our beloved hobby, Evoke is looking to make large strides into the marketplace. Evoke itself is a partnership between an American design house and a Chinese battery and electronics conglomerate, and they make relatively (for the EV market) inexpensive, in-city eMotos to bomb around on.

The Urban Classic makes the equivalent of 26 HP, but you have all that power instantly at 0 RPM. It also will go over 130 miles on a charge, and can reach 80 MPH.