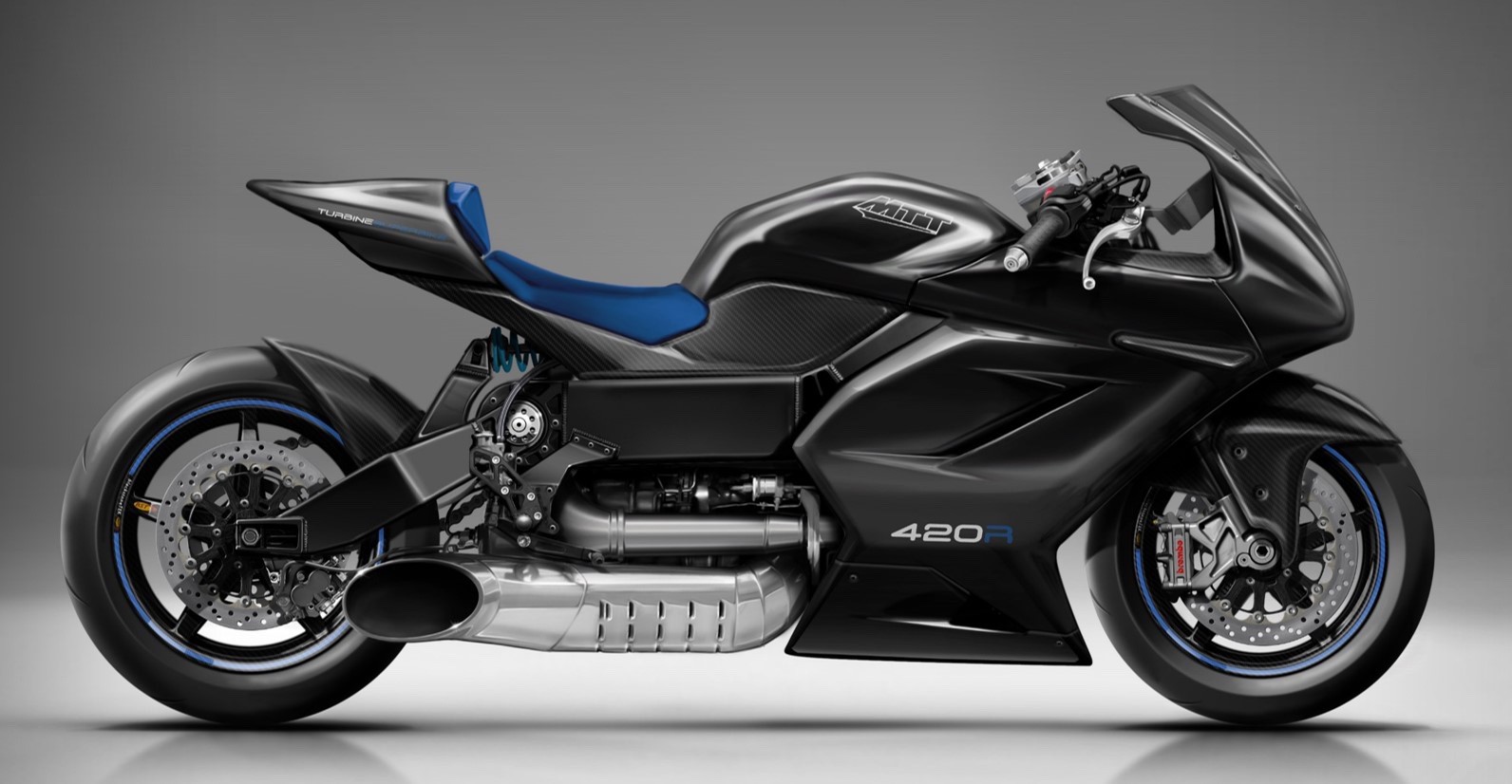 I’m not sure if you’ve noticed, but the times, they are a-changin’. The Internal combustion engine’s days are numbered, and for the first time since Gottlieb Daimler and Wilhelm Maybach created the petrol-powered ‘Reitwagen’—aka the first internal combustion motorcycle—we’re going to  shift wholesale into a new powersource.

Whether it’ll be electricity or Hydrogen is anyone’s guess, but what we can be sure of is that fossil fuels are going the way of the dinosaurs. Ironically, it’s the very same primordial lizard goop that it was made from in the first place.

So what better time to look back at some of the other alternative power sources that have been used in motorcycles over the years? Here’s five of the weirdest donks that ever found themselves pushing us moto freaks down the road. Ok, so hybrid engines aren’t that weird. I’ll give you that. But in motorcycles? Weight requirements haven’t seen widespread transferral of Toyota’s beloved hybrid platform—or a variation of it—to motorcycles, but with that said there are a few hybrid bikes in production right now.

Most notable is Honda’s 2018 announcement that their popular PCX125 would be available in certain Asian markets as a hybrid. Using a lithium-Ion battery and a dual-purpose starter motor as an  electrical assistant, the bike has proven popular and will no doubt be matched to an all-electric version sooner rather than later. 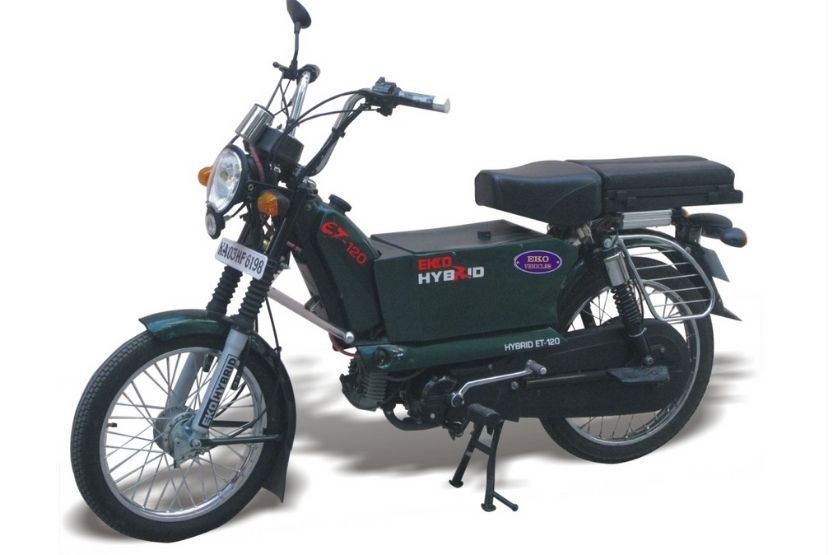 On the other end of the technology scales, India’s EKO released a very basic hybrid bike for their domestic market all the way back in 2011. Undoubtedly, India’s hybrid requirements are very different to that of (say) Japan’s, so there’s little point in comparing the two.

But it is interesting to note how a chalk-and-cheese customer base can find common ground in the hybrid moto technology on display here. In my humble view, that’s a great sign for its future usage. 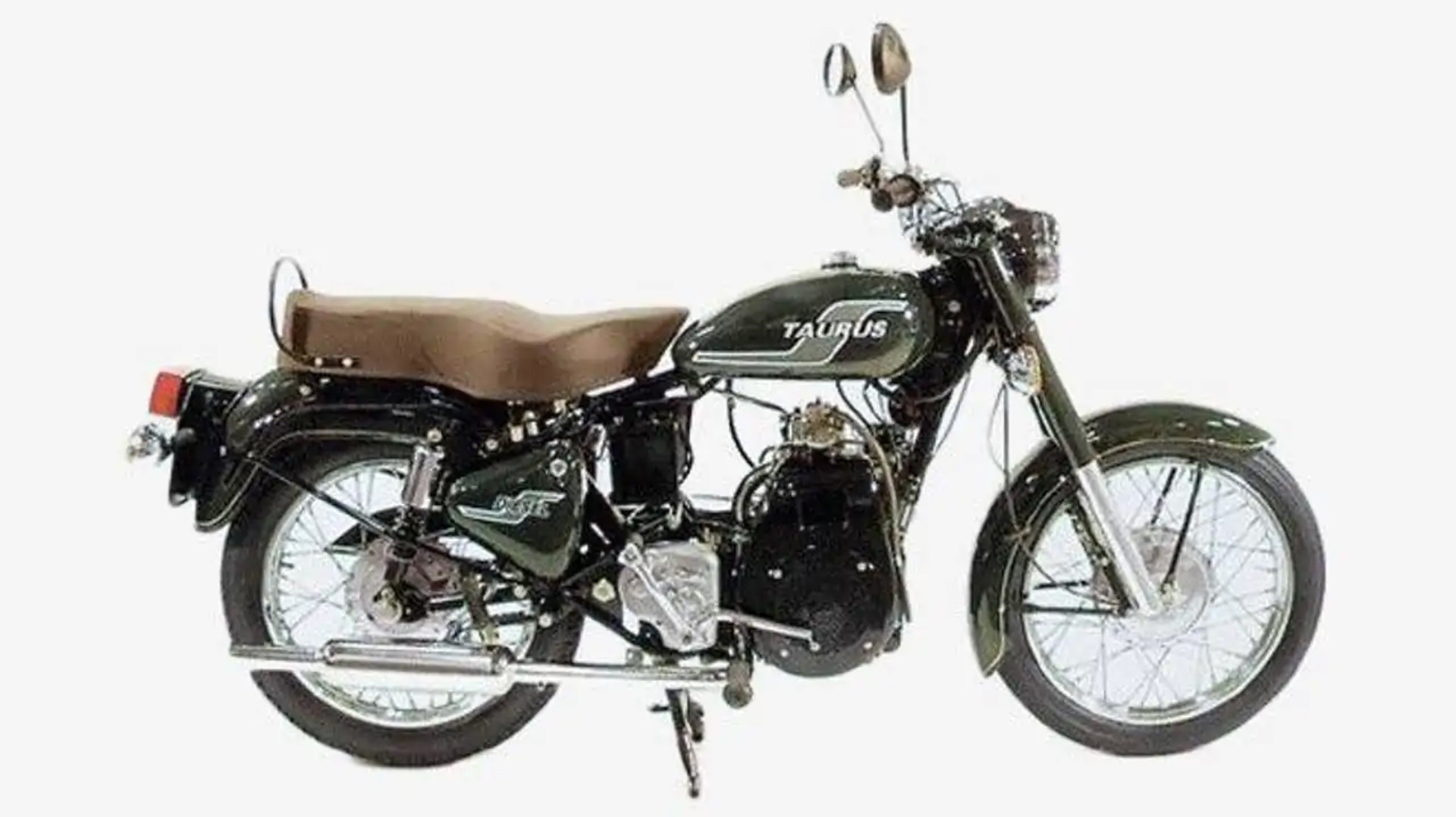 So, when’s the last time you rode a diesel-powered bike? Yeah, I thought so. But when you think about it, the traits of diesel engines align perfectly with off road bikes: enormous range, loads of torque and simple construction.

All that’s going to be an attractive proposition for, oh I don’t know, say an army? It’ll surprise you nought, then, to learn that the persistence of diesel engines in motorcycles was largely driven by government military contracts. 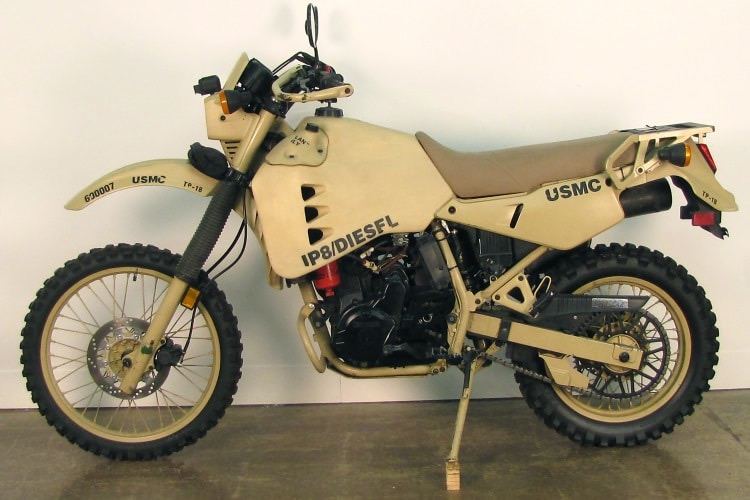 The Hayes M1030 aka a modified Kawasaki KLR650. Image via RideApart.

Of course, the other big benefit of a diesel bike set up is that the little buggers will run on almost anything. That includes biodiesel, gasoline, truck diesel and five kinds of jet fuel.

Just found yourself with an angry army approaching and no fuel to allow you to beat a hasty retreat? You could also run these things on cooking oil, which would ironically also be the first time fried food ever saved anyone’s life.

3. Rotary Engines – Take one for a Spin 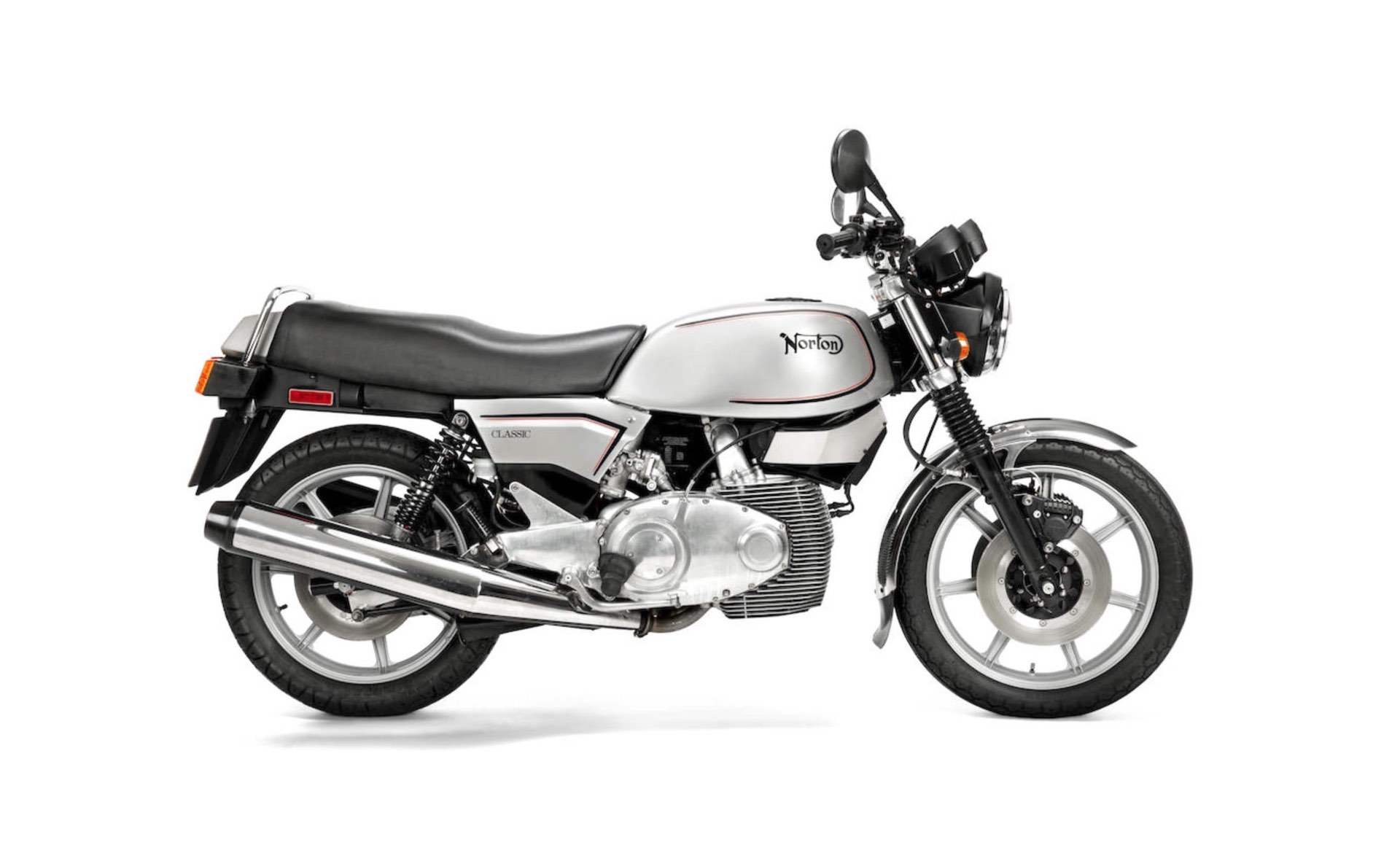 Norton’s Classic from ‘87. Image via Silodrome.

Stepping up the weirdness a notch, let’s shift our gaze to rotary engines. As with cars, rotary-powered bikes were not all that common, yet we’ve all probably seen a rotary-powered car at some point in our lives.

The benefits of using Herr Wankel’s baby are well known; small in size but powerful, the Wankel engine has more uniform torque and less vibration—and, for a given power, is more compact and weighs less.

Downsides are that they drink more than Winston Churchill on a Friday night, and for most of their lives, rotary engines had serious issues with ‘apex seals’ (the rotary equivalent to piston rings). 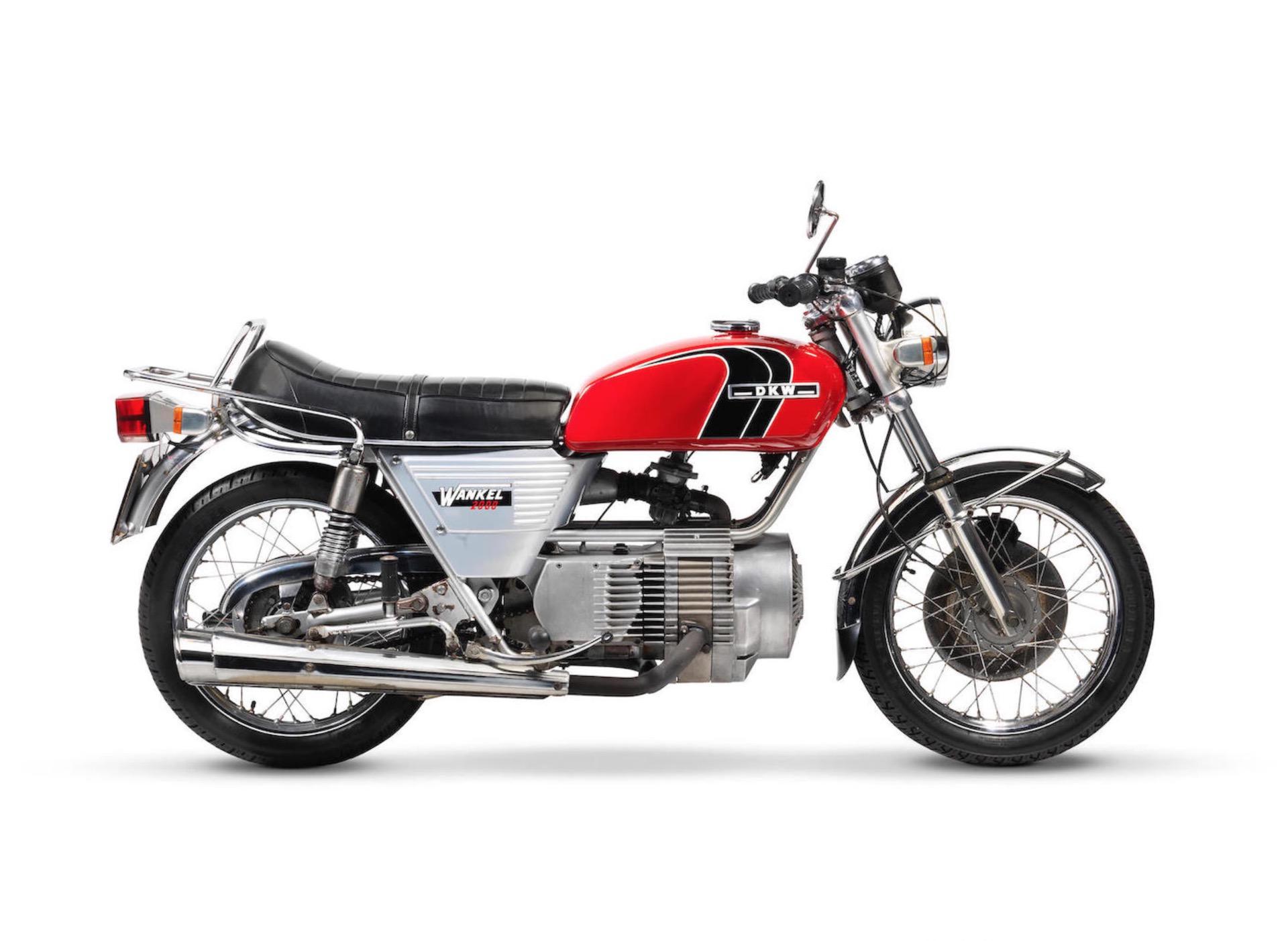 The Hercules/DKW W-200. Image via Silodrome.

Ultimately killed by the engine’s inability to conform to emissions standards and/or Mazda’s reluctance to invest the money to make it happen, the rotary does still enjoy a strong following. Rock up to your local ‘hotted up’ car meet and you’re bound to find a few of the usual Japanese suspects; light cars with worked rotary engines are still a common sight here.

But not so for motorcycles—making these engines an attractive proposition for a resto project that will both turn heads and gather crowds on your common or garden variety Sunday ride. Just watch those pesky seals.

2. Turbine Engines – Get to the Chopper Weirder yet are bikes powered by turbine engines—made famous mostly by the efforts of Jay Leno and his Motorsport Turbine Technologies Y2K bike. Undoubtedly still intrigued by the hype surrounding  turbine cars from his childhood in the 1960s, Jay stubbornly hung onto the idea of a vehicle powered by what essentially is a helicopter engine right through until the Noughties, as evidenced by his undoubtedly large outlay to purchase the bike you see here. 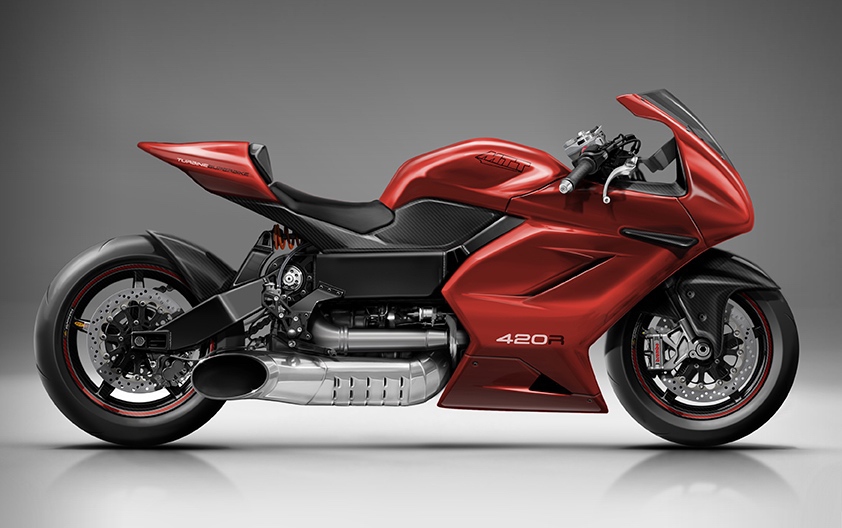 As long as it is fast. Image via MTT.

With a top speed of 266 MPH and about 420 horses (hence the ‘420R’ nomenclature you see above) depending on what engine box you ticked on the showroom floor, calling it a production motorcycle might be stretching the definition a little—but it’s no one-off either, and they were road-registerable in America.

Jay pointed out that riding the thing wasn’t exactly dull. “It really does scare you half to death, but it’s great fun. I’ve got to go with the Y2K Jet Bike as one of the all time sexiest. It’s the most fun because it’s a bike and it’s a jet, and because it’s the best motorcycle ever for shutting up the Harley guys.” Leno said that at a traffic light, and the heat from the bike’s exhaust melted the bumper of the car behind. Damn. 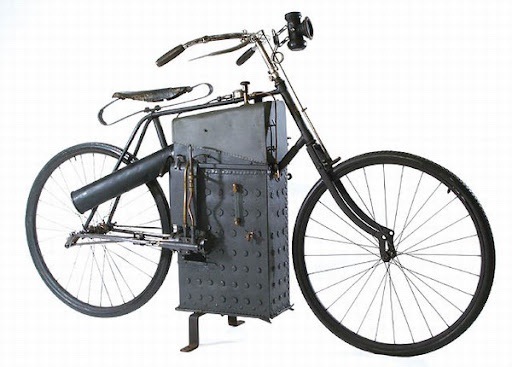 The Roper Velocipede. Image via Wikipedia.

From the future to the past, there’s little doubt tha steam-powered motorcycles top the list for the all-time strangest moto power plants. No, having flammable petroleum between your legs is not such a great idea, but surely it beats high pressure steam.

Also, when’s the last time you ever heard of an internal combustion engine exploding? Of course, factory-made steam motorcycles haven’t been widely available since the 19th Century, but as production motorcycles, they do still qualify. 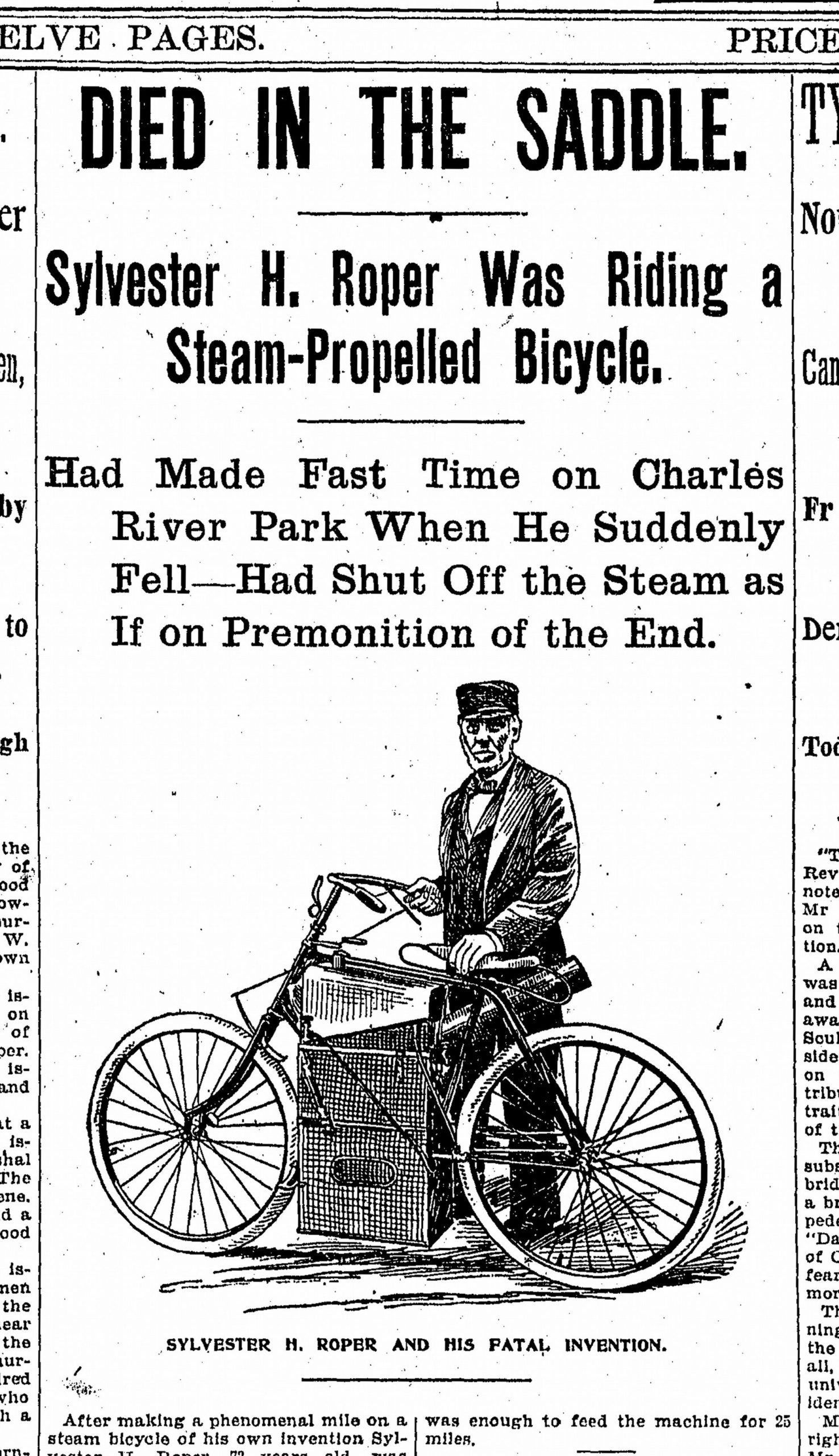 Maybe not so hot to trot. Image via Wikipedia.

Roper ‘Steam Velocipedes’ were made in Boston, Massachusetts, on and off from the 1860s to the 1890s by the (probably) perpetually-burnt Sylvester H. Roper until his demise in 1896. Surprisingly, it seems to be the speed that ultimately killed Roper, as the newspaper reports of the time noted that the bike was intact and ‘shut off’ before the accident.

And while I do mock, it should also be noted that in 1968, Bill Lear of Learjet fame planned to power America’s cars and trucks with a radical steam engine he named the “Lear Delta Motor”. Using kerosene as the heat source, Lear boasted the engine as having six cylinders, 12 pistons and “YOU NAME IT!” acceleration figures.

Reports of the time also noted that Lear was likely clinically depressed and suicidal. World-changing technological breakthrough that never saw the light of day, or the deluded rantings of a man in dire need of therapy? I guess we will never know.