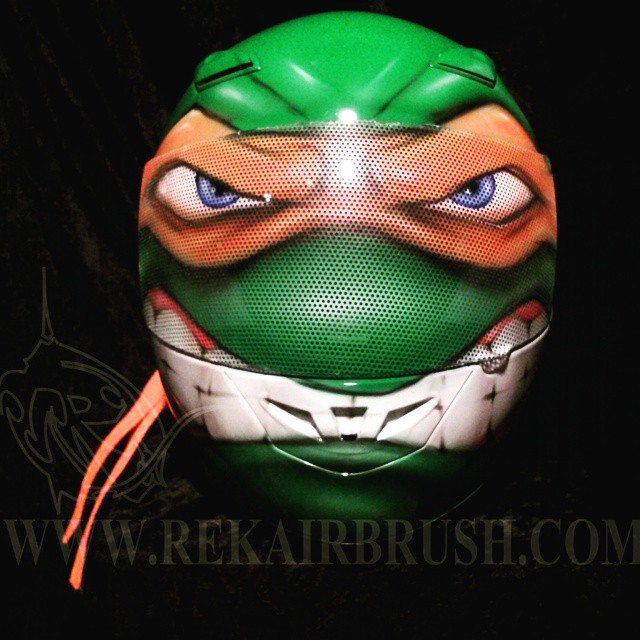 You must have heard of The Teenage Mutants Ninja Turtles, especially if you were born in the 90s. Yep, the same legendary comic and TV series that made our childhood wonderful. I’m sure, your mind still has a place reserved for its iconic music!
After all these years, the popularity of Teenage Mutant Ninja Turtes, or TMNT, or simply Ninja Turtles, has gone nowhere. From comic books, where they originated, to cartoon series, movies, video games, toys, merchandise, they have been everywhere.

Have a look at who actually these Ninja Turtles were?


A look into their history
Let’s have a look at the journey of the origination of TMNT!

The concept was drawn by Kevin Eastman, an American comic book artist and writer, while he worked in a restaurant.
Named after Renaissance artists, the four featured anthromorphic turtles, Donatello or Donnie, Leonardo or Leo, Michelangelo or Mikey, Raphel or Raph, first appeared in a comic book published by Mirage Studios in 1984.
The series was meant to parody some of the most popular comics of 80s like Marvel’s Daredevil and New Mutants, David Sim’s Cerebus and Frank Millar’s Ronin.

The comic book’s single issue debut was well received, with more merchandising opportunities coming their way. Even though basically a super hero concept that it worked on, it was always on a lighter note and which resonated with their audience.
Gradually, more comic books and toys followed and eventually they were able to go ahead with the popular 1987 TV series Teenage Mutant Ninja Turtles. The late 80s and 90s saw the height of their popularity as now Turtles could be found in almost all kinds of children merchandising.

After lasting for 10 years in animated TV series, TNMT eventually made a foray in the movie industry as the first live action full length feature film Teenage Mutant Ninja Turtle in 1990. Here, the characters who played the turtles and Splinter wore partially animatronic suits.

The film was one of the most successful independent film of that time and was succeeded by two sequels. Also, if you remember, the series inspired a three dimensional or 3D animated film which was canon to the original movie and was released in 2007 under TMNT moniker, a big hit indeed!

More recently, there has been a massive influx of movies on Ninja Turtles soon after Nickelodeon, an edutainment based satellite TV channel, purchased all the rights from Mirage.

Origin Story: The four brothers were all ordinary turtles and were adopted by Hamato Yoshi from a pet store when they were infants. While on his way back, Yoshi walked passed a Kraangdroid, felt odd about it and followed him. However, he gave himself away when he stepped on a rat’s tail. The Kraang noticed him and tried to kill him, but Yoshi fought back.

Unfortunately, during the fight, Kraang dropped the canister of Mutagen which caused Yoshi and the turtles to mutate. Yoshi had come in contact with a rat last, so he transformed into a humanoid brown rat called Splinter.

The turtles having being in contact with Yoshi prior to exposure to Mutagen, transformed into humanoid turtles. Splinter realized that they will never be accepted in the society in their current form, and thus decided to take all of them to sewers where they made a home and accepted the turtles as his children. His wisdom and knowledge compelled him to train the turtles in Ninjutsu, the traditional Japanese art of stealth, camouflage, and sabotage.

Even today, you will find many children preferring to watch the episodes of Ninja Turtles over any other superhero based movie. The only reason is the iconic character of the Teenage Mutants! Living in the sewers of the New York City, these anthromorphics are a team of red-eared sliders.

Let’s look at the main protagonists of this franchise.

Named after Leonardo Da Vinci, Leo, is the leader of the group. He is cool, calm and courageous, is the most devoted student of Master Splinter. He is the eldest one in the group.

While not a self-proclaimed leader, he often does take charge of the group, especially in absence of Master Splinter. He is usually at odds with his more aggressive brother, Raphael. In Image Comics he started out the same in its Mirage counterpart. He was depicted as more driven to finish the war against the foot clan.

The Archie comics continued his portrayal similar to its animated version. Here, Leo had a distaste of firearms. It also showed a future Leo who has now his own ninja school.

The IDW series is a complete re-imagination of the original characters, but is based primarily off the Mirage comic’s version.
The 1987 animated series show him as the leader of the group right off the bat. In fact, in one episode he left the group, only to be replaced by his brothers one by one, but all realized they didn’t have his leadership skills.
Leonardo’s voice actor was Cam Clarke. Overall, in almost every version, be it the 2007 3D animated version, or the 2012 Nick reboot of the series, he has been the leader of the group.

Raphael is the second oldest in the group.

Donatello is the inventor, engineer, scientist and overall a technological genius of the group. He is named after the Italian sculptor Donatello.

About Donatello or Don:

Image comics showed him as half cyborg after his body was partially destroyed and dropped off the helicopter. He, however, tried to maintain a positive outlook. He has also been depicted as the co-founder of O’Neil Tech alongside April O’Neil.

In a shocking twist in IDW comics, Donatello was almost killed when Leonardo, Raphael and Michelangelo, went on a mission and he was left back at the base and was attacked by Bebop and Rocksteady. Rocksteady smashed his shell and nearly ended him. The next issue showed his spirit being in an alternate plane and thus he was given a helmet, Metalhead, to keep his consciousness alive. While he puts on a brave face, being stuck in a robot body wasn’t the way he wanted to stay. By the end of this story arc, he has regained his body’s functionality and returned to his turtle body leaving Metalhead to self-destruct.

Through all media, Donatello has retained his characteristics of being a genius and scientist of the group.

Named after another Renaissance artist Michelangelo Buonarroti, Mikey, is the youngest of the group.

The Image comic’s version shows him as a fiction and poetry writer as well. In the series where almost everyone was disfigured, he was the only odd one out.

He is mostly associated with his catch phrase “Cowabunga”. Apart from the regular Ninja Turtles franchise, he also made an appearance in the LEGO movie as one of the master builders. He also has a pet cat called Klunk.

Master Splinter: Master Splinter is the adoptive father and sensei to all the four turtles. He was responsible for training of all the turtles in Ninjutsu.

Rekairbrush is the creative master behind these awesome motorcycle helmets. Here are a few more shots of some of his work.