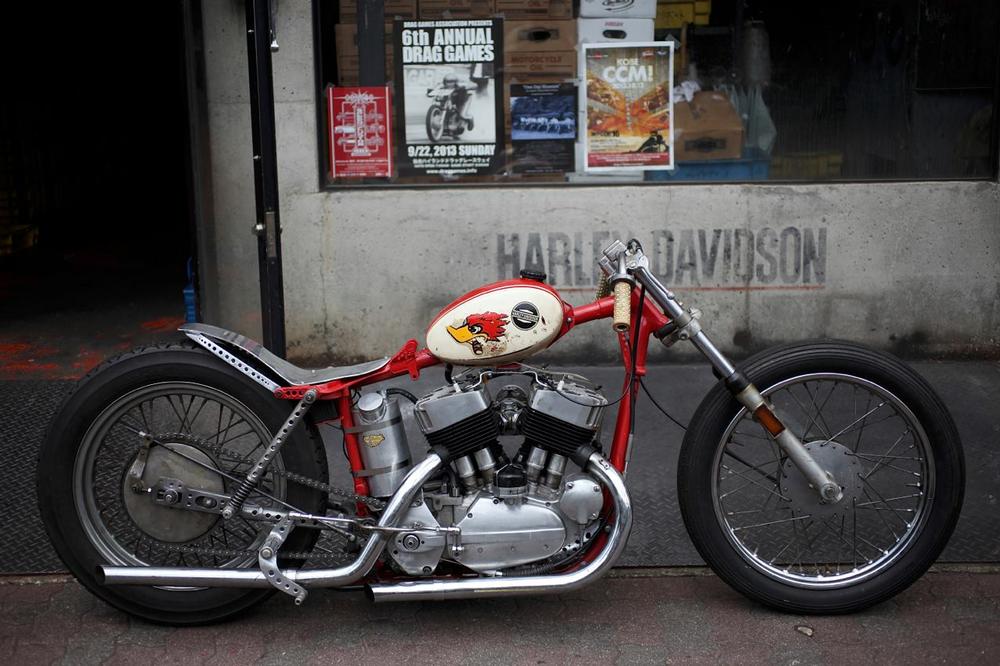 This Model K dragster is built by Nice motorcycles of Japan. The Harley Davidson Model K and KK were built in 1952–1953. The 750 cc side-valve engines, used the same bore and stroke of the earlier 45 W model and the predecessor of the Sportster Ironhead. The mascot of this orange and white dragster on the toaster style tank is the Thrush Mufflers logo (a windswept bird looking intense and smoking a cigar). It turns out that that Thrushes are type of bird that look similar to the drawing, just without the cigar and a bit less attitude.