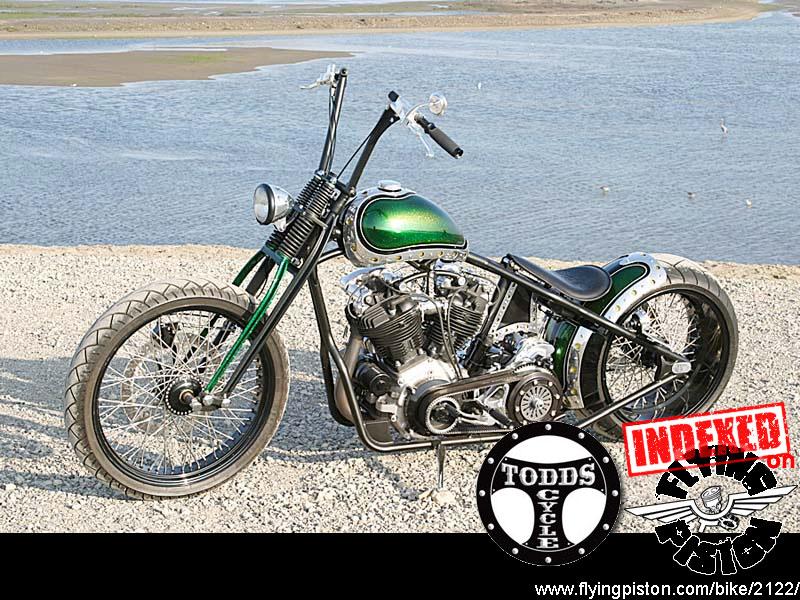 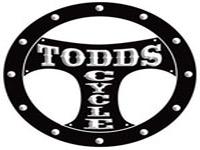 The rebuilt 93” Flathead Power motor features a 4.5” stroke and a 3.625” bore with S&S cases, flywheels, rods, pistons, and a Super E carb. It would have been easy for Todd to buy a frame from one of the many custom frame builders in SoCal because the reproduction knuckle’s mounts are set up like an Evo’s, but he thought the engine would be better supported in a frame of his own design. He built a rigid with wishbone shaped downtubes connected to a steering neck raked to 32-degrees. Next, he raised the stock motor and transmission mounts .75”. The extra room underneath the tranny was designed to house a battery and air compressor to supply the Paul Cox designed Rigidaire seat suspension air bags. “I’m making reproductions of this frame, available to the public, through a company called Chassis Design with the same raised trans, motor mounts, and measurements,” Todd said. Instead of using a stock or traditional looking springer, Todd ordered a Spartan Frameworks Springer, built one-inch longer than a stock front-end.