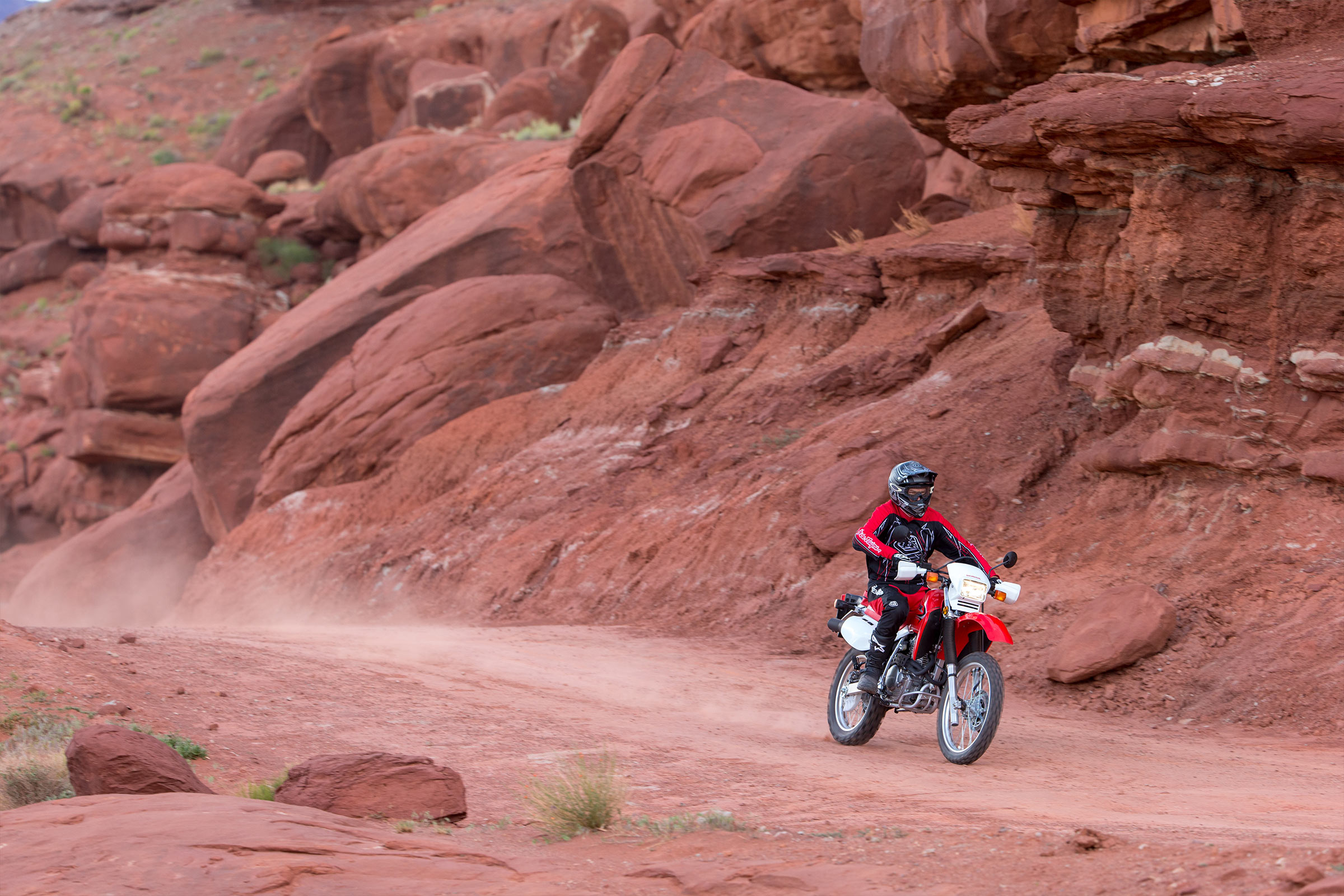 The Fastest Dirt Bikes You Can Ride [2021 Update]

Last year, we spent a ton of time researching and compiling a list of the fastest dirt-bikes and dual-sports that were fully off-road capable that existed between 2010 and 2020. However, because it is now 2021, one of those bikes from last year no longer qualifies, and a 2021 update of another moves it way up the list.

It should be noted that while modified bikes and ECU-unlocked controllers can give pretty much any bike great speed, we’re only going with the official manufacturer claims and figures. It should also be noted that we are not including supermoto racing or motocross racing models in this list, otherwise it would simply be a list of 8 racing bikes. 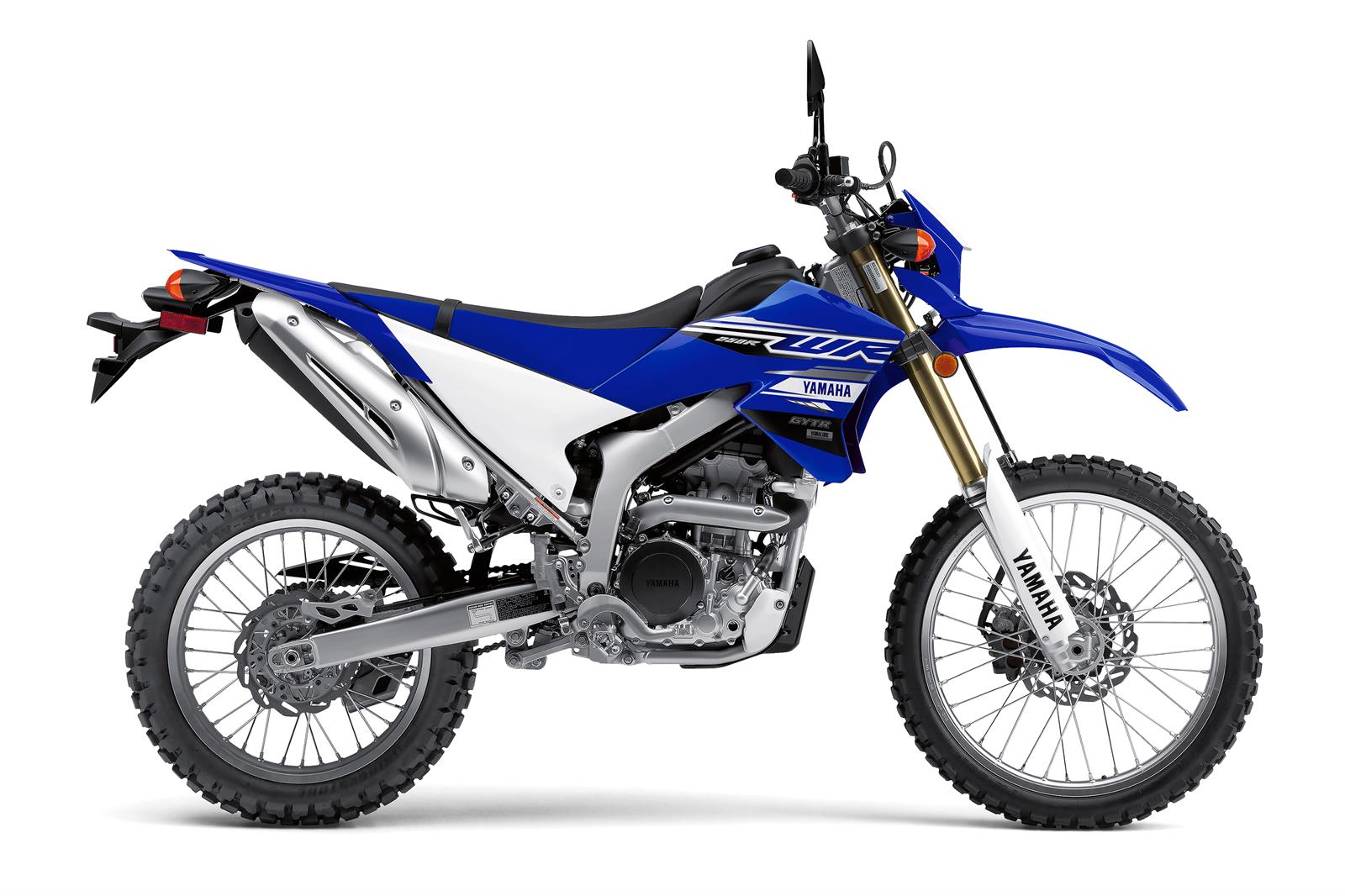 The Yamaha WR250R, specifically the 2020 model, is much like its direct competitor, the Suzuki DRZ-400. It is designed to be more off-road than on, but has indicators, a headlight, and license plate holders making it completely street legal.

By being extremely light, under 300 lbs wet weight, the WR250R allows its 4-stroke 250cc engine to produce 30 HP and 18 lb-ft of torque. This allows for it to safely cruise on city streets and back roads at up to 60 MPH without much of a fuss, but if you tuck down over the handlebars, twist the right wrist, and go for it, you’ll be able to hit a very respectable 88 MPH. 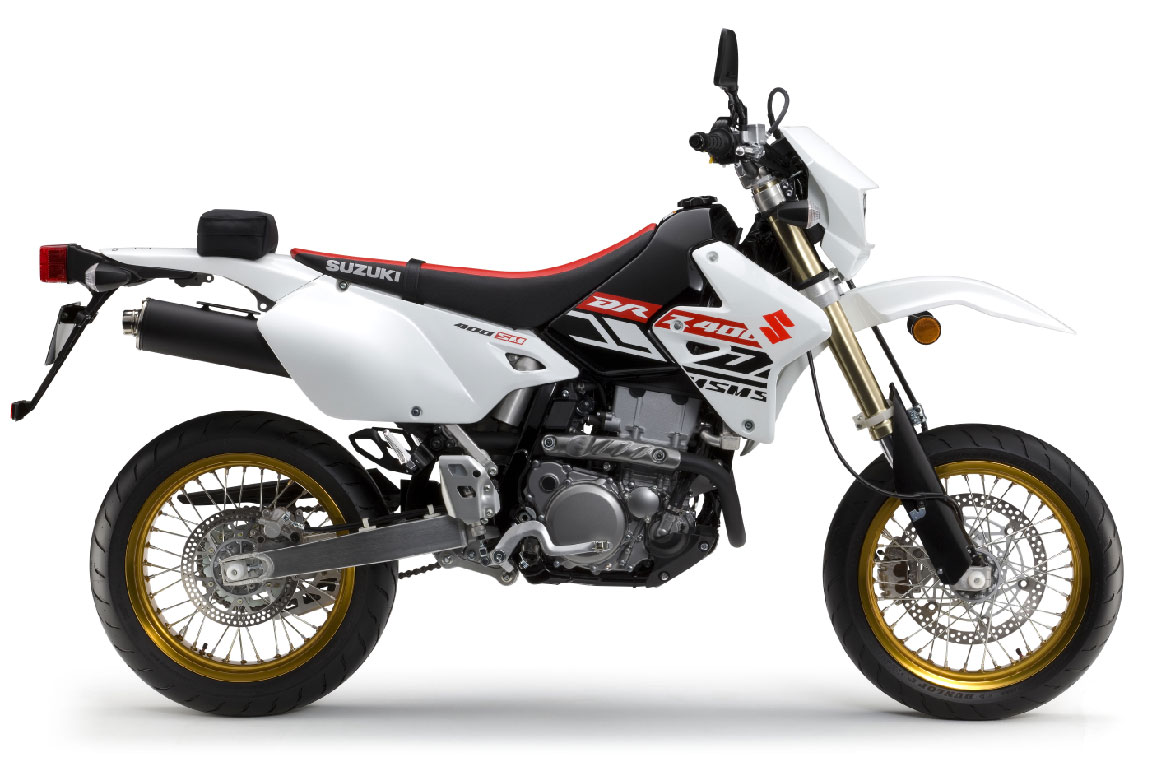 The Suzuki DR-Z400SM is one of those stalwarts of dual-sport history. First released in 2000 as a non-street legal kick start dirt bike, the DR-Z400 underwent a rapid evolution that saw the DR-Z400SM (SuperMoto) street-legal bike released in 2005. Since then, the only real things that have changed are the electronics package and adding liquid cooling instead of direct air cooling.

And Suzuki themselves, in what must be a bit of understated tongue-in-cheek humor, state that the only reason it’s street legal is so that you can ride to the trail before taking the bike off-road, to where it’s “meant to be.” 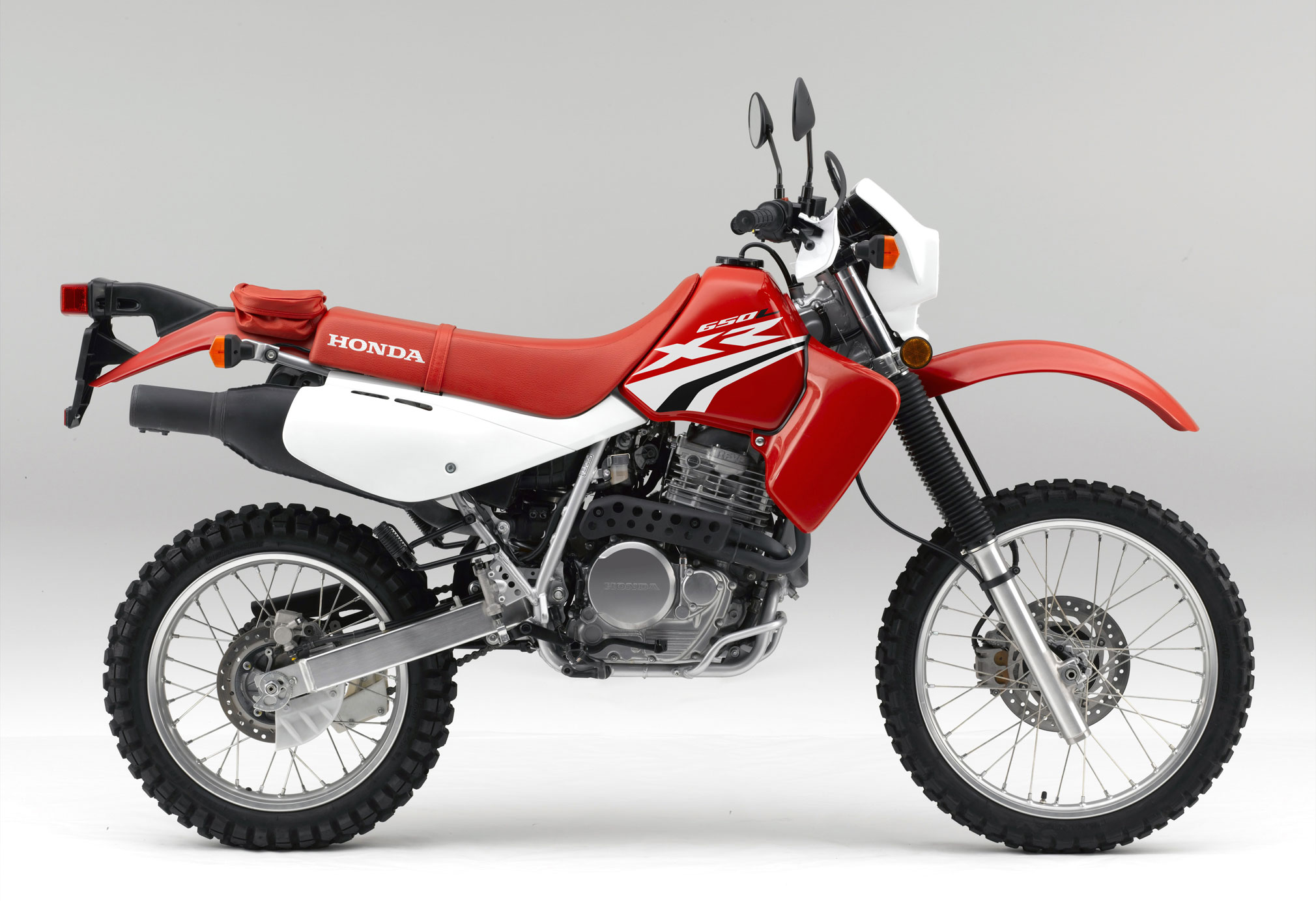 A venerable workhorse, the Honda XR650L has been around in one form or another for over 20 years. Powered by a thumping 644cc single-cylinder, this is a dual-sport that is more at home off-road than on, with only the barest concessions made to make it road legal.

On top of that, add on the fact that even in loose surface conditions, this bike will accelerate to 60 MPH in a hair under 6 seconds, and you have a classic bike that will last you many a season.

It also has a legacy of being nigh unkillable, to the point that a Canadian YouTube channel actually attempted to kill one, only succeeding by literally punching a hole in the engine case after a hard landing… before reviving it with some JB Weld. 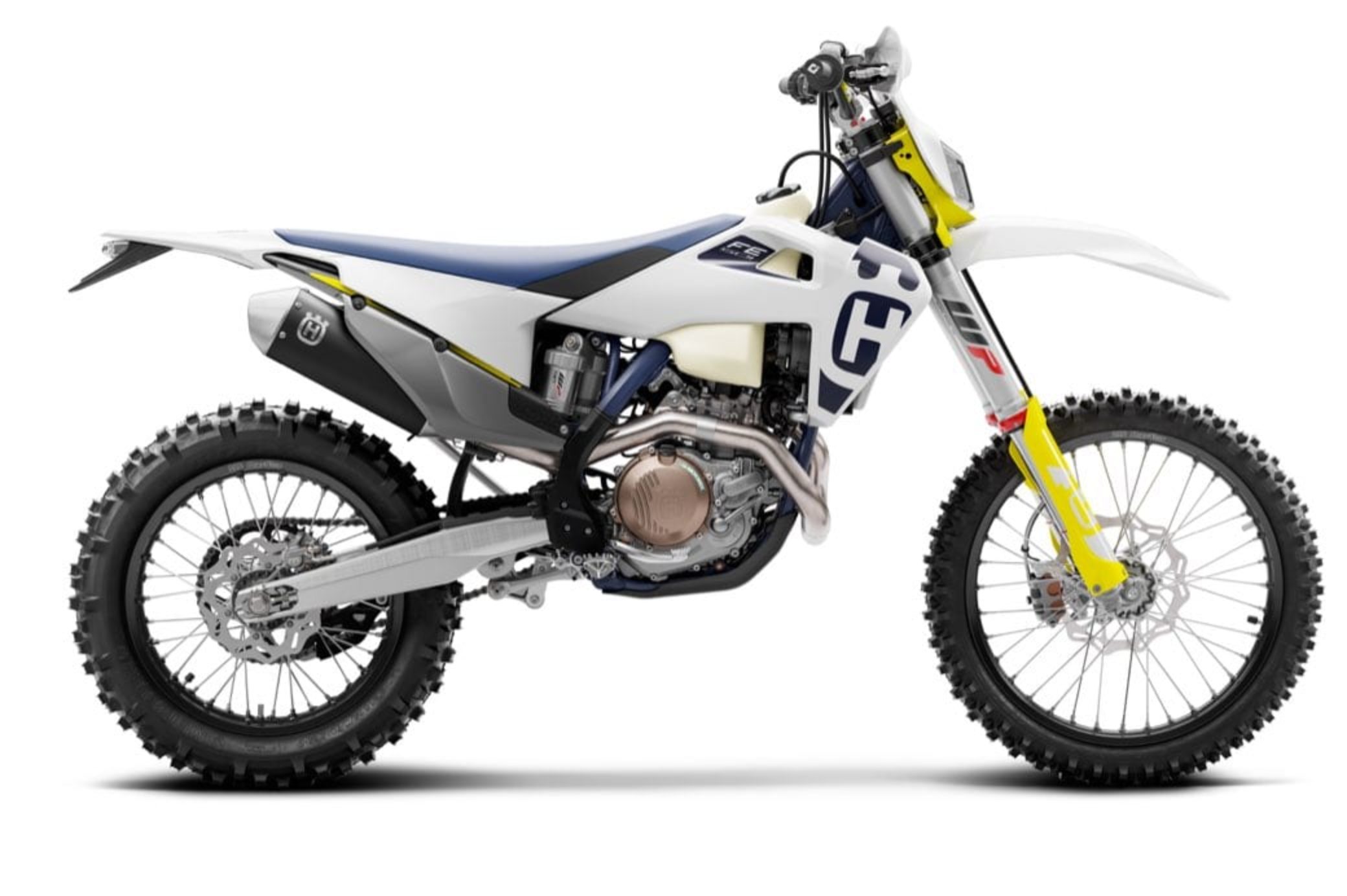 The Husqvarna FE 501 S was born out of the purchase of the company by KTM, using the racing, off-road, and fiscal power of the latter to bring about a lightweight beast of a dual-sport. Using only a 510cc engine with only 58 HP, when in street mode, the bike will rocket to 60 MPH in 4.5 seconds and will top out at 103 MPH at sea level.

Many informal tests and online videos also show the bike breaking 100 MPH at a variety of altitudes. 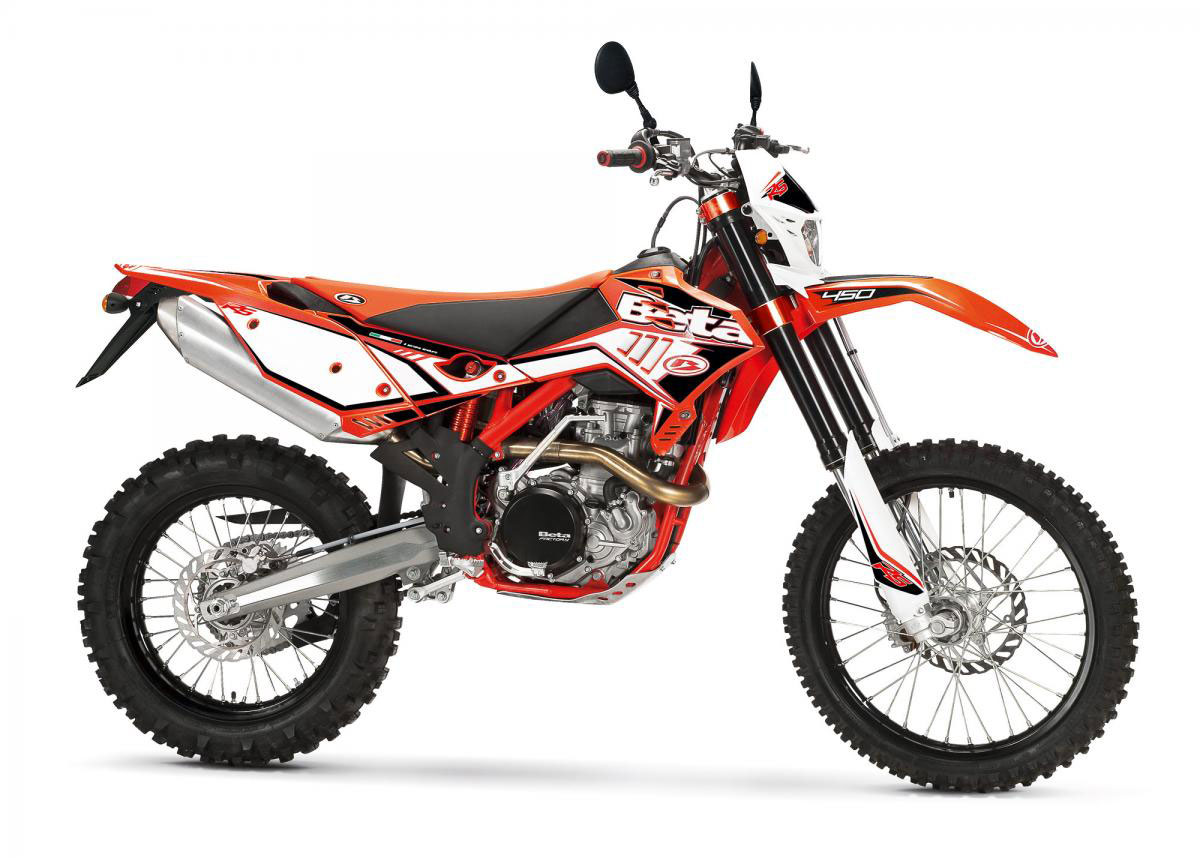 Leave it to the Italians to make a dual-sport both beautiful and stupidly fast. The Beta 450RS ended production in the mid-2010s and is not widely known in the US, although it was fully street legal and imported for all of its production years.

In many countries in Europe, it was off-road only, as it did not meet some of the more stringent classification requirements for emissions. And it beat the larger displacement bikes with a tiny 449cc single. 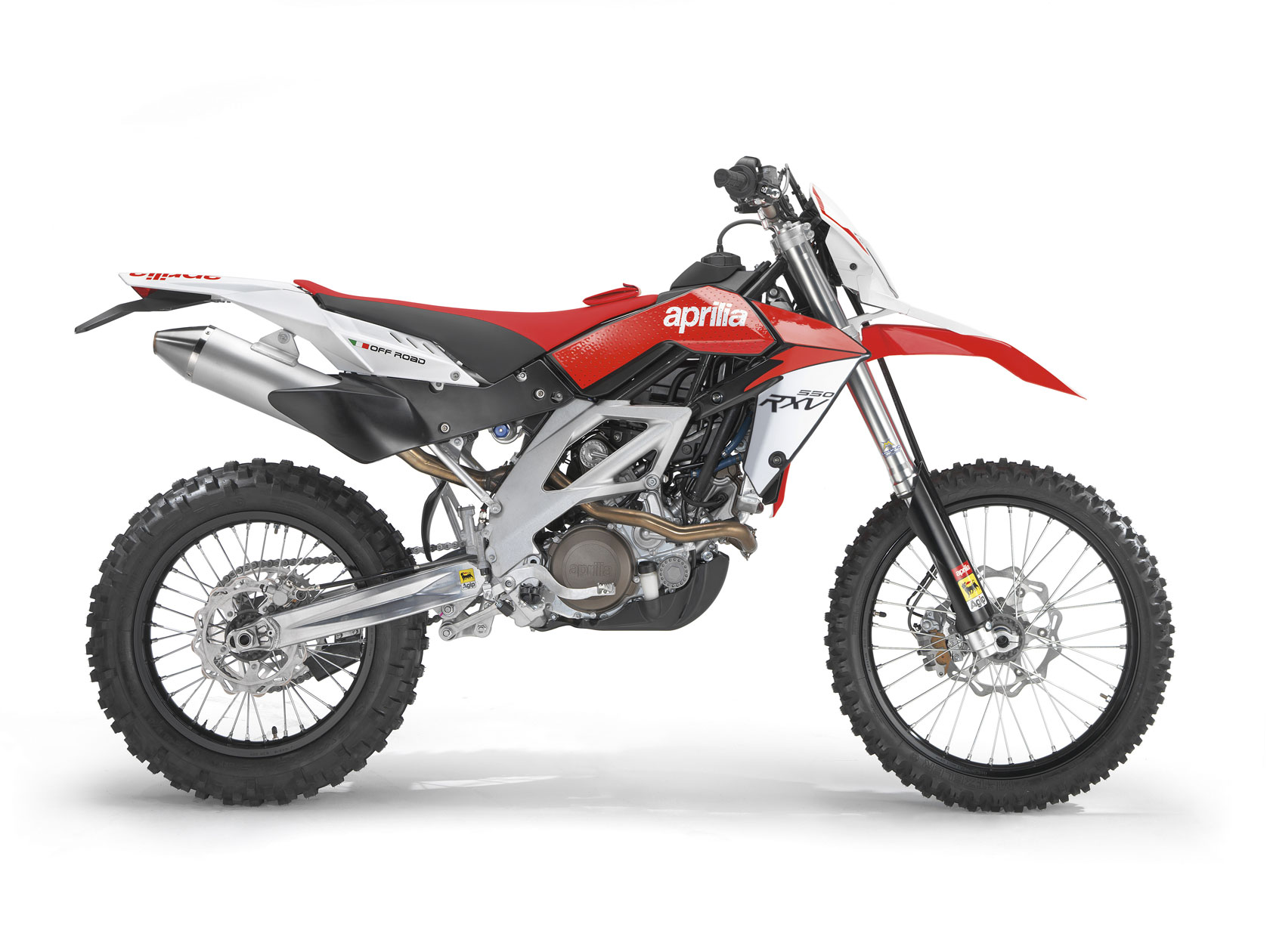 Yes, it is true, Aprilia makes dirt bikes. And for the first time in this list, the Aprilia RXV 5.5 is a pure dirt bike and is not road legal. Powered by a 549 v-twin with fuel injection that thunders out 71 HP, the top speed is all that more impressive when you know that its claimed 113 MPH is on loose surfaces!

It was available in the US up until 2012 and discontinued in the mid-2010s in Australia, Italy, and most of Europe. You can still buy Aprilia dirt bikes in Europe to this day, however. 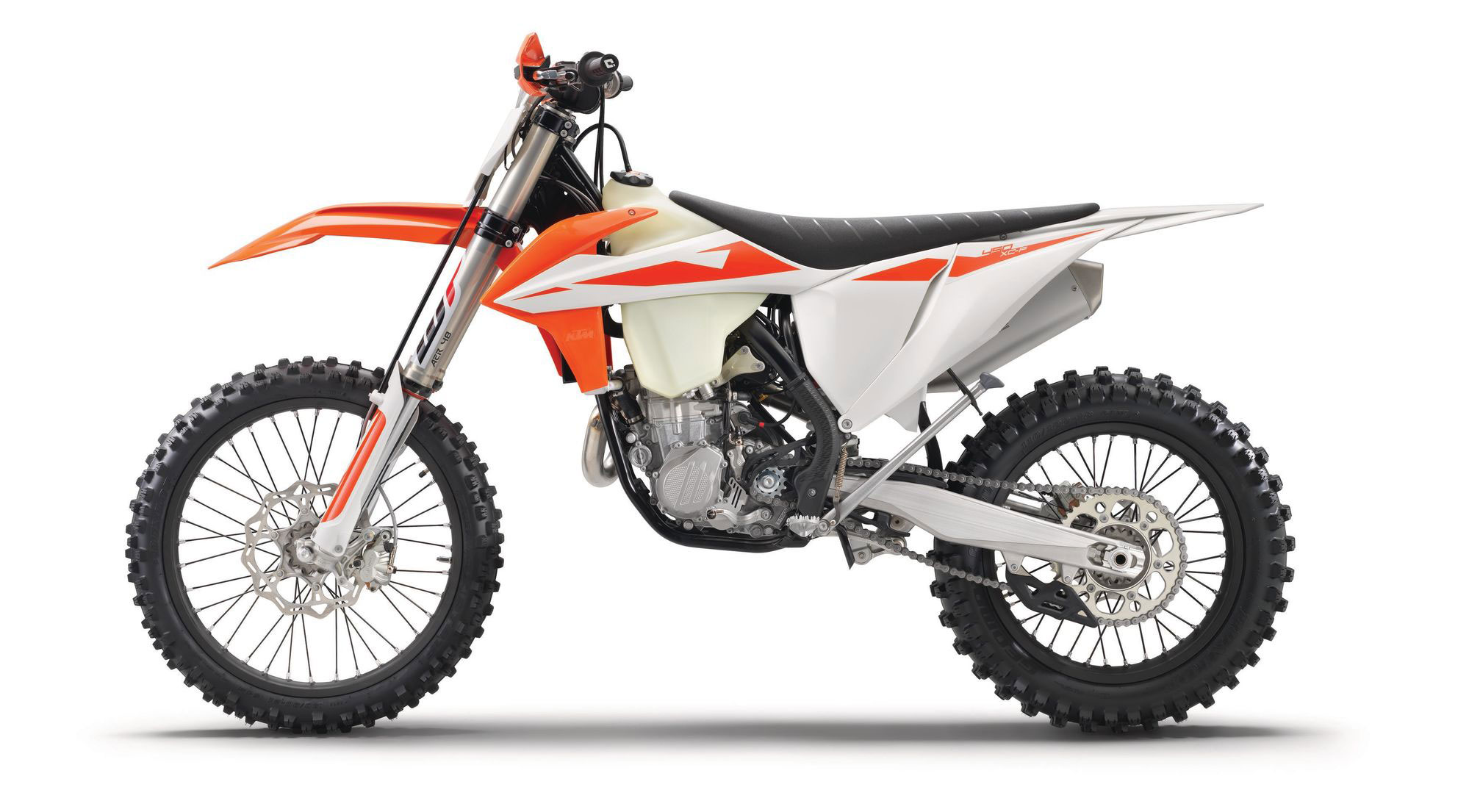 It can also maintain over 100 MPH on variable changing loose surfaces, which is one of the reasons that the 450 EXC-F (and its motocross parent the 450 SX-F) were picked apart and rebuilt into KTM’s 2020 Dakar Rally challenger, the KTM Factory Rally 450.