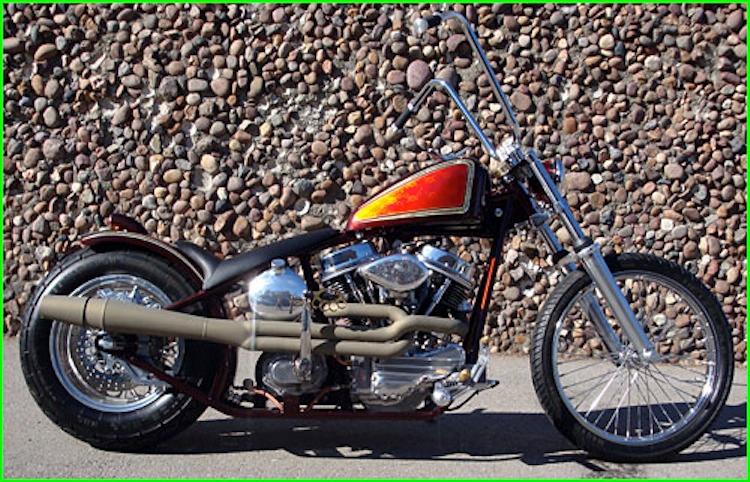 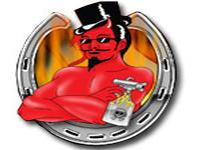 Instead of building a new bike Kirk Taylor of Custom Design Studios tracked down a buld he had called Suicide through three owners and managed to get it back into the shop for a refit. Today it’s a kick only, foot clutch, suicide shift 4-speed, rigid bobber with a Panhead built from hand picked pieces. And the new name… “Suicide II?” Just looking at it scares some folks but Kirk claims it isn’t so bad, “If you tickle her just right, she starts right up on the first kick.” “Fab Kevin” made the Mopar-inspired pistol grip jockey shift arm as well as the webbed belt-guard. Of course Kirk made sure to include his trademark trailer style rear fender and CDS’ signature series Dog Dick taillight. Kirk enjoys incorporating some coolness from old hot roll cars into his bikes, so when he found a 2-part window knob from a 1951 Chevrolet Roadster that his dad made while in the Navy, Kirk thought it would turn out to be the perfect stem nut cover.