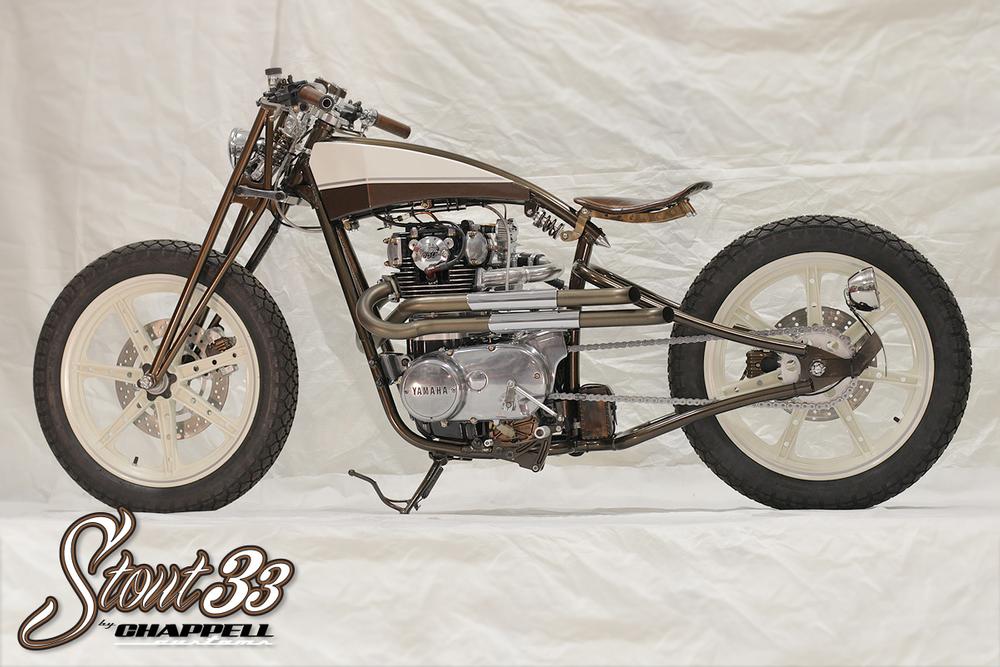 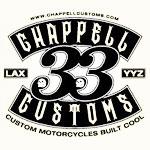 fter the success of their last few bikes and having landed yet another XS650 donor bike, this time a 1982 Heritage Special, the Chappell Brothers wanted to see how far they could push themselves beyond the traditional XS650 builds out there and they knew they wanted to build a custom frame this time around. While Rob’s style leans more towards racing and cafe’s and Chris’s style is more towards bobbers and choppers it was decided- after much back and fourth – to build a bike in the middle, a board track influenced bike that would have a custom frame, traditional girder front end and tall skinny wheels. If time allowed they would also tackle their first custom gas tank! (which they did)