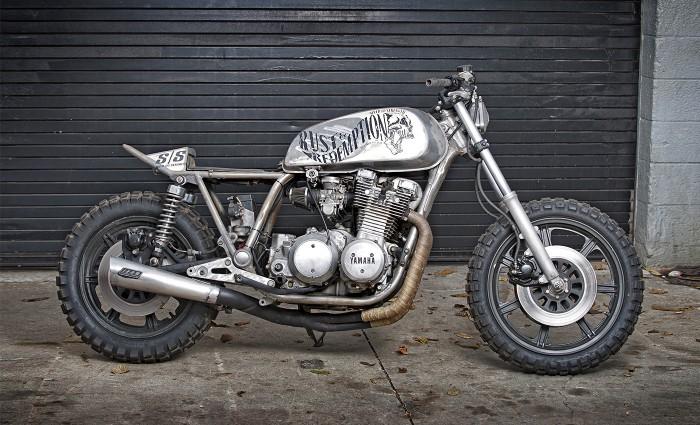 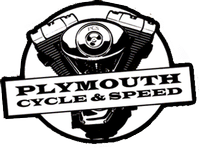 All bare metal, knobbly rubber, spiky bits and skulls this is a bike that looks poised to tear into a post apocalyptic world. But as the second part of the Rust & Redemption moniker suggests, this machine opts to tell a different story, a story not of destruction, but of rebirth; of rising from ashes, not leaving a trail of them in its wake. The bike was named Rust & Redemption after one of Speed & Strength’s product lines, and it was built by Evan Edwards from Plymouth Cycle & Speed. In Evan’s words; “Detroit – a city that is rusted out and broken down. A city that is slowly beginning to rebuild and re-invent itself into something new and different. After years of decline Detroit is working hard to redeem it’s troubled past.” Once the hotbed of the American Automotive industry the city has in recent times been subjected to much decay, high crime rates and a dwindling population. But it is fighting back and that is the inspiration of this machine.