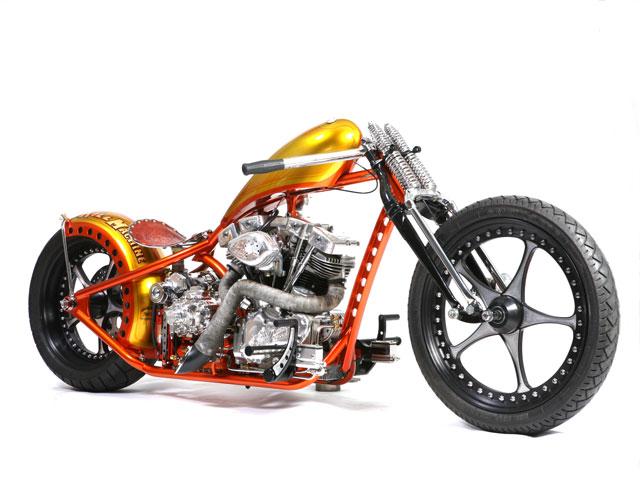 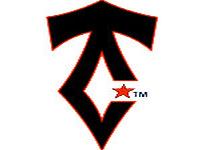 Shovelheaded Kill Machine has a ’30s Ford straight axle for the shortened single downtube of the Twisted Speedster frame. It was drilled through the cross section with matching holes drilled in the rear fender. An S&S 93-inch Shovelhead powers the rig, breathing out of a Twisted Choppers 2-into-1 pipe. Making a triumphant return from ’70s exile, the motor is tattooed with Jerry Potts’ masterful freehand engraving-the paisley designs of yesterday replaced by more modern looking artwork. Prior to going under the needle, the rockers were split by Twisted’s Kai Morrison. To lead the eye in different directions than a standard custom would, the transmission was relocated 2 inches up and 2 inches back. A svelte I-beam-shaped billet motor plate connects the Baker Torque Box tranny to the shovel, which is reinforced by a tie rod between the hub centers. The oil bag is an oval unit slung under the tranny. It’s connected up with brass hard lines to the engine.