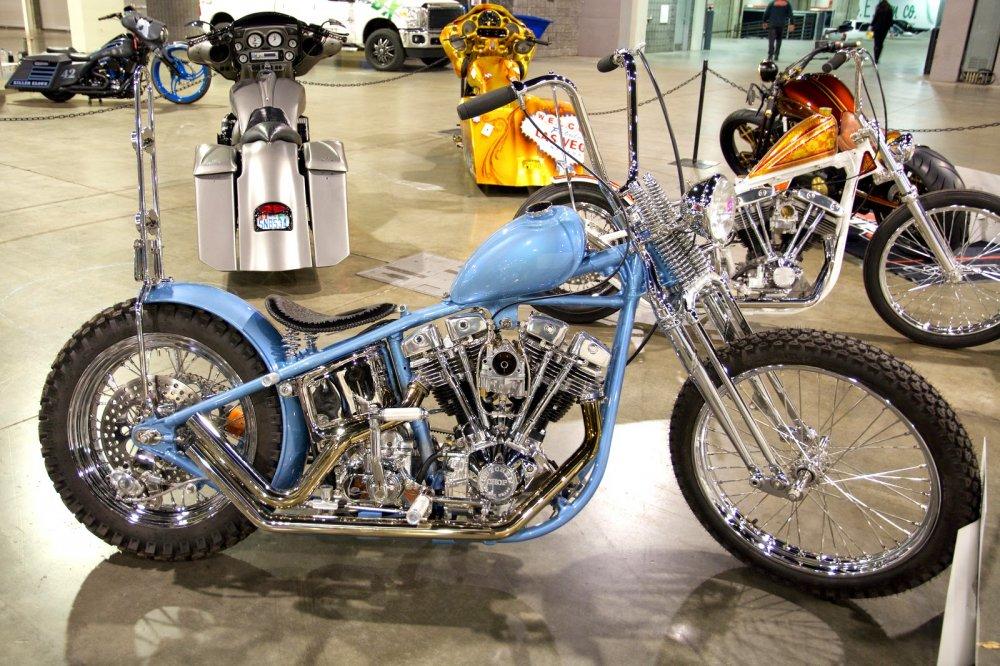 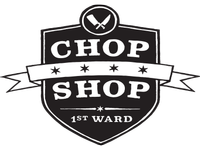 Hard to believe this light blue, skinny-as-a-rail bar hopper started out as a rather portly 1975 Harley-Davidson FLH before Rhett got to tearing things apart. I’d feel pretty safe to venture to guess that the no-longer-usable pile was quite a bit larger than the keeper pile. This was one ex-bagger that was never going to see bags ever again unless they were under the eyes of the builder who spent many a long hour making this chopper time machine a reality. The contrast of the black barrels to all the chrome of the Shovelhead engine is a look that still works on every level. Black and chrome, hmmm. The split rocker boxes are kinda taken for granted today except by those that actually split them. It’s hard and sometimes tedious work for something that’s all about looks only. Actually, that’s not totally true as it’s about bragging rights too and if you’re capable of doing it successfully, why not?