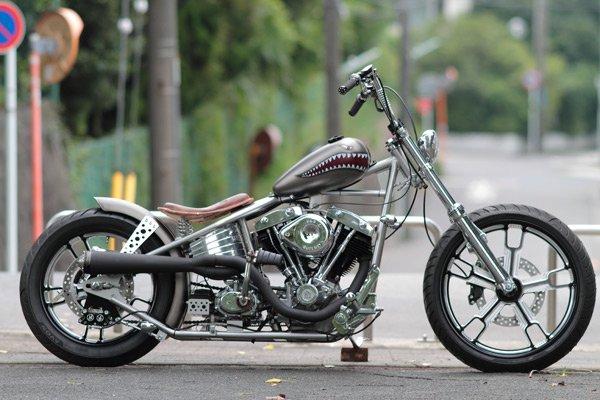 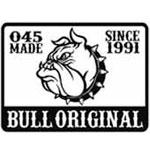 The Bull original Shovelhead bobber sports a “Aircraft Shark Mouth” paint job: What is perhaps the most famous of all nose art, the shark-face insignia made famous by the American Volunteer Group Flying Tigers, also first appeared in World War I on a British Sopwith Dolphin and a German Roland C.II, though often with an effect more comical than menacing.[4] The American Volunteer Group decided to paint shark mouths on their P-40Bs after seeing a color photo in a newspaper of an No. 112 Squadron RAF P-40 fighter in North Africa with the shark mouth painted on it.