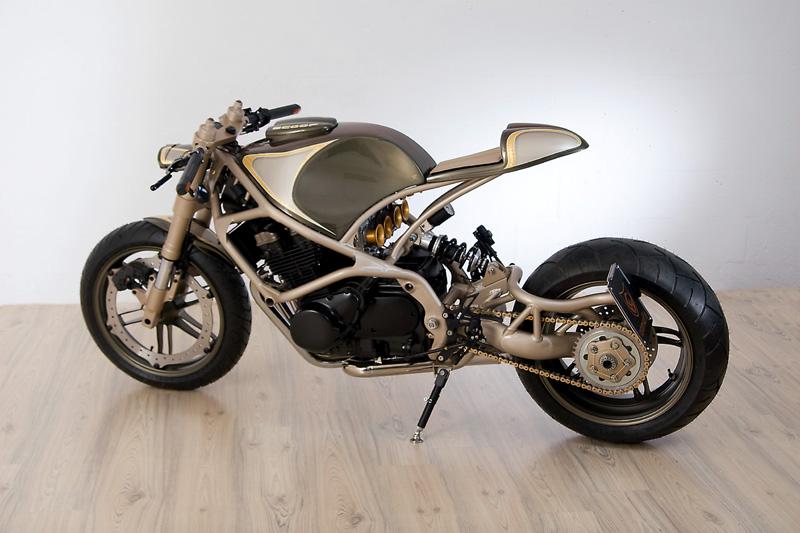 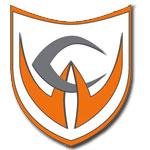 The project started when Wolfgang the owner of Custom Wolf came across a original Moto Martin frame somewhere in Germany, and decided to mate it with Suzuki GSX engine. Well, as you would might expect, the frame wasn’t right from the start, and components didn’t fit well. The rear frame was redesigned and a Ducati single sided swing arm has been added. The engine was completely new 1230cc GSX 1135 Suzuki motor. Now get the numbers: 190kg, 155HP. Wolfgang and his crew took 10 months to custom make pretty much everything on this modern Cafe Racer. The name of the bike is Scoop (you can see it on a gas tank) taking inspiration from old American muscle cars. Scoop is not functional except that it hides the gas cap.