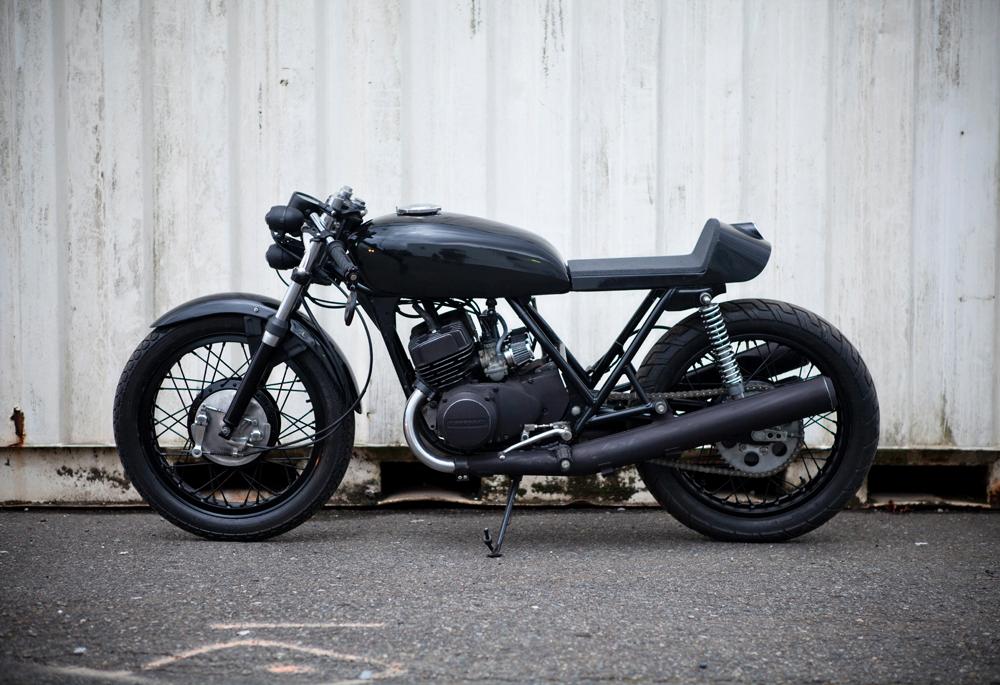 This bike may be common in the rest of the world but finding one in the U.S is a rare treat. A friend bought this bike at top dollar and 3 miles down the road the life went out of the motor. When he asked the seller what was up, he shrugged his shoulders and said “that’s vintage bikes” no refunds. So a new set of rings and a good hone the bike is back to smoking properly, this time running premix. After lots of sawzall and grinding we took this bike down to the frame for a nice café build. It has some clipons that I had lying round the shop, a H1 rear wheel for a fatter tire, longer rear shocks and an aggressive stance. With a triple the symmetry that is so easy to follow in the old twins and fours is interrupted by three pipes two on one side the other all alone. I wanted to follow this offset by frenching the tail light off to one side, and do the same with the head lights in a street fighter style. Photos were taken by Todd Blubaugh at www.toddblubaugh.com