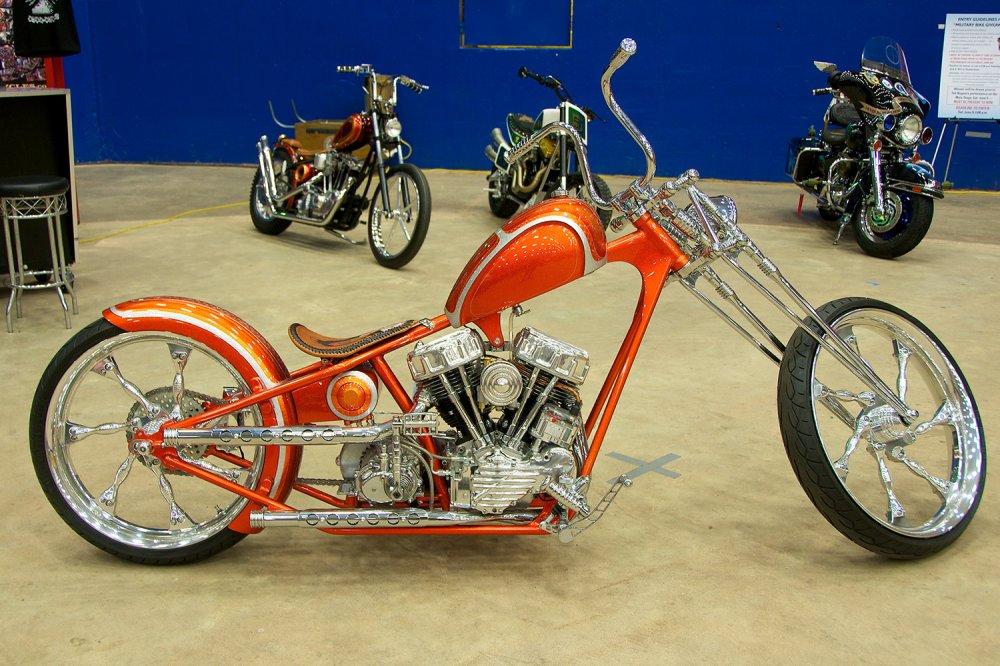 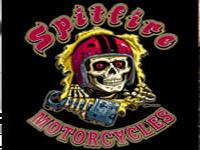 Spitfire presents “Rollin Bones”. We built this little beauty for the Artistry in Iron builders show, at Las Vegas Bikefest. After resurrecting the 60 year old engine & tranny, we dug in at the shop for 40 days and nights and created a truly one of a kind, hand built chopper. Kudos have to go out to the only outside people involved in this build. Casey Johnson of Headcase Kustom Art for the really terrific and fun paintjob he did. What appears to be a beautiful yet simple paintjob from ten feet away changes radically in an interesting and involving way the closer you get. You have plenty to look at, but it doesn’t fight with the bike’s overall design for attention. Also, Pascal Davayat of Riff Raff Leather in North Hollywood, California, is responsible for not only the leatherwork on the seat, but the “engraving” on the engine that he refers to as “tattoo engraving” as it’s apparently done like a tattoo but without the bleeding.