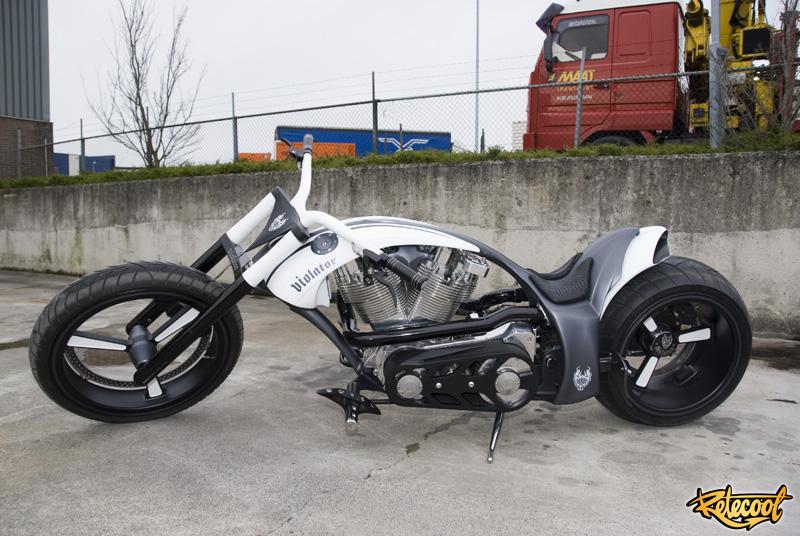 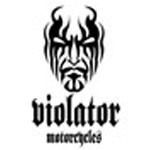 Riot Act was hand crafted by Violator shop owner Piet Hofman in Alblasserdam, Netherlands. Powered by a 147ci Engenuity engine with over 200 hp. The chassis was modified to have 50 degrees of rake, and another five degrees were added at the fork through the triple-clamps. The monochromatic look of the bike was applied by GL Paints Oud Beyerland in the Netherlands. The tank is a two-piece design that was custom-made by Piet Hofman. Handlebar controls and handgrips are made by Italian company, K-Tech. A Baker six-speed, right-side-drive transmission is mated to a Primo 1 1/8-inch belt The 65-tooth rear pulley hides a six-piston rear caliper made by Piet Hofmans company, Violator.