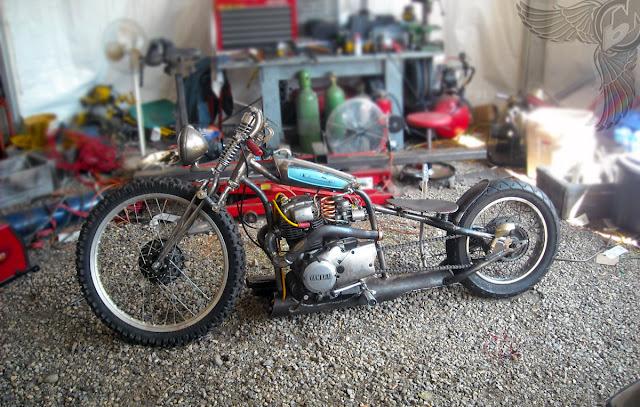 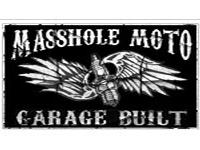 Now, we had about two months to make this happen, and not much money or materials to do it with. We started with a cheap 1979 Yamaha XS400 cafe I whipped up to try and sell a month before. We would rip it around the street in front of the garage for fun so we knew it ran, and since we had no money for anything else, it was torn down and became the heart of the build off bike. The whole bike was cut up and the motor, rear wheel, and stays were the only things used from the cafe build. Next, we had a pow wow to see what we could come up with. We had been doing a shop night on Tuesdays so we kept it going and did it all on Tuesday nights only. Later, we began working on Wednesdays but not on any other times. This bike was built in eight or nine nights total. I worked to find a few sponsors who were into it and with the money that was raised we were able to get enough supplies to continue the build… -Mike Painter from an article on bikerMetric