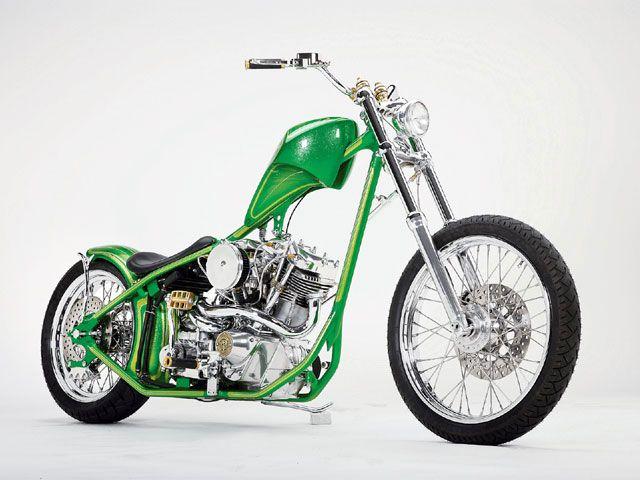 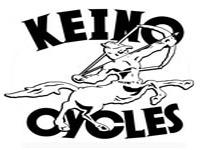 Built in 2006 by Keino Sasaki to be his personal bike. For the motor Keino built out an 88-inch V-twin, with 3-5/8-inch x 4-1/2-inch bore and stroke. This Frankenstein combination of parts from Harley-Davidson, S&S, Andrews, Colony, is a feat already but just to add his own touch to it he sculpted the rocker covers of his shovelhead to curve up to into points in the middle. Keino had originally noticed a can of Mountain Dew soda when thinking of paint ideas so Mountain Dew inspired the paint job but he didn’t want a Mountain Dew THEME bike, so he left it up to Robert Pradke’s creativity to translate that idea into a gold-leaf and pinstriped reality..