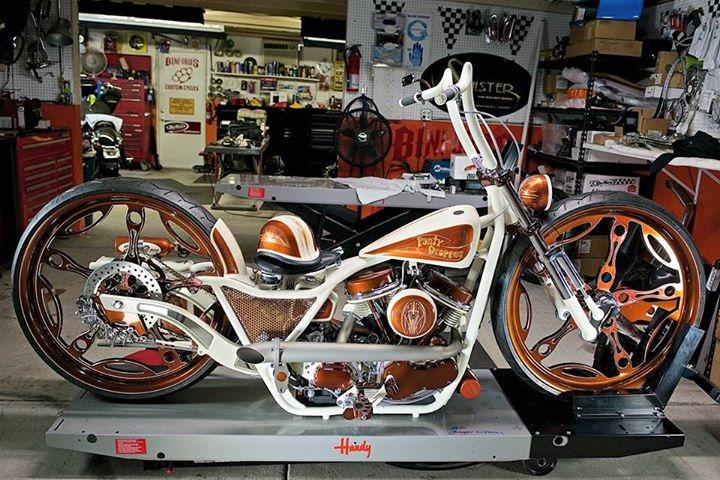 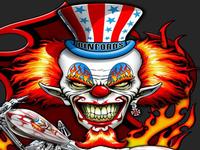 There are a lot of neat takes on custom parts like the leading link, air shock fork that doesn’t seem to have much in the way of visible hardware holding it all together. Nothing breaks up the lines of the fork and each piece looks smooth and incredibly finished. Hey, if I could make that fork alone in a month or even a year, I’d quit while I was ahead. Same goes for the curved and mechanically sexy, almost an I-bean swingarm that also has a Legends Suspensions air ride keeping things on the up-and-up or the down-low depending on the rider’s preference. Just watching that thing power down on TV was like watching some sort of animatronics animal go through its paces. Man, it really drops. Three’s a ton of other cool stuff too like the air-bladder sprung seat or the double four-pot calipers working the rear wheel only. I gotta think things might get a little touchy back there when it’s being ridden and one has to hit the brake in less than perfect conditions.