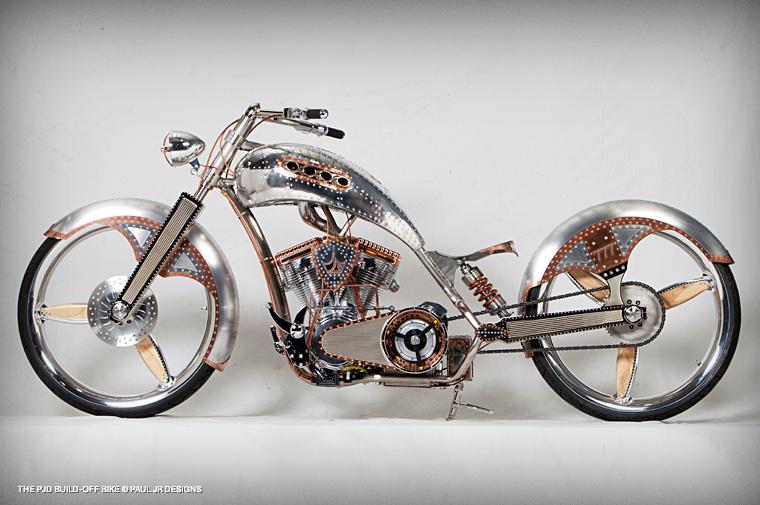 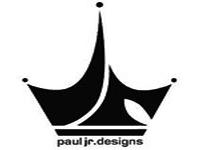 Inspired by the P51 This bike was Paul Jr.s winning entry into a 3 way build off between his shop Paul Jr. Designs, Jesse James and his father Paul Tuttel. This bike took home top honors in the voting. Yea I know its a bit silly but as far as the home voting public goes this was their favorite of the bunch.The North American Aviation P-51 Mustang is an American long-range, single-seat fighter and fighter-bomber used during World War II, the Korean War and other conflicts. The Mustang was conceived, designed and built by North American Aviation (NAA) in response to a specification issued directly to NAA by the British Purchasing Commission. The prototype NA-73X airframe was rolled out on 9 September 1940, 102 days after the contract was signed and first flew on 26 October.