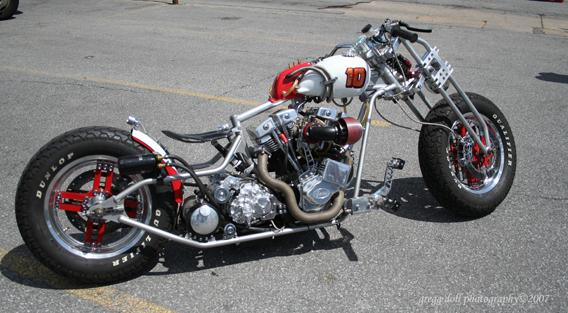 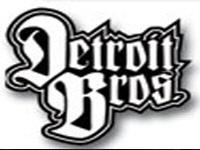 Race bikes and racing-inspired customs are purpose built and not designed for any kind of touring, hence this bike’s inherent lack of sheetmetal. A small Detroit Bros. peanut gas tank was bolted to the top of the backbone and for a slightly larger reserve they attached a small reservoir tank positioned doggy-style to the main one. The two tanks hold two-and-a-half gallons combined. They mounted a standard capacity Mooneyes oil tank in a not-so-standard location behind the transmission and finalized the metal work with a miniscule Detroit Bros. Trailer Fender chopped short and jutting towards the sky. Pops the Painter molded the metal and then covered it in PPG red, white, and silver. “We wanted the paint scheme to have a Bonneville racer/SoCal Speed Shop look,” Dave said.