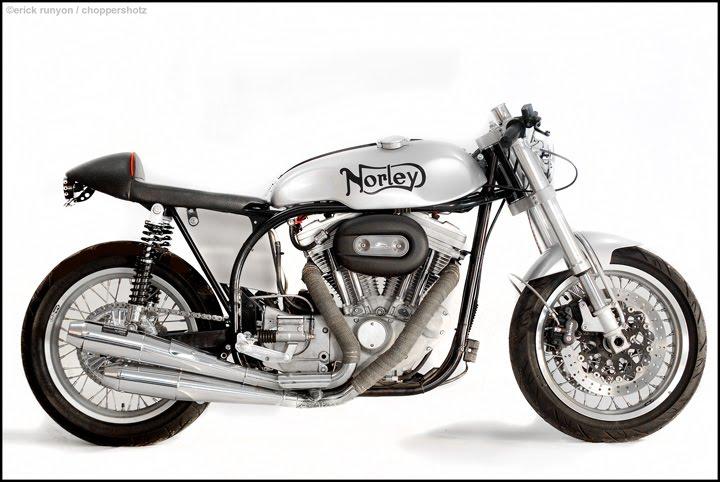 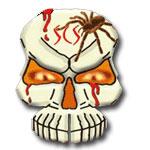 This beautiful Red & Silver Norley Café Racer is the hybrid between Harley and Norton. Alan started the build from the ground up using a Norton looking frame with Café Racer style bodywork, in which he cradled a 1200cc Harley Sportster engine and transmission. The frame, swingarm with bearings and spindle plus rear engine mounts was supplied by UK manufacturer JW Motorcycles. The kit is also available at Santiago Chopper in the United States. The fuel tanks were hand crafted in Aluminium to exacting standards. The fuel tap fitting on this bike is at the rear to the left so it does not interfere with the engines rear cylinder head. Fabricated aluminium type oil tank complete with aero filler cap. The tank is held by two bonded rubber mounts as used by Harley oil tanks, and sits on a platform. Handlebar Grips 7/8? – Pro Sport Cushioned is designed to reduce vibration. Front of this Norley is a Ducati 1000 Sport, engine 2003 Harley Sportster 1200, Ducati modified Triple tree, Brembo Brake