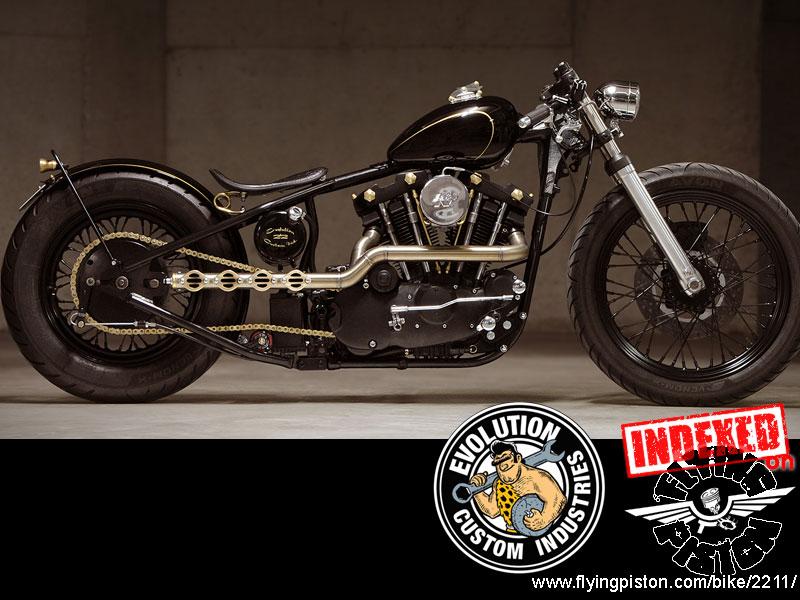 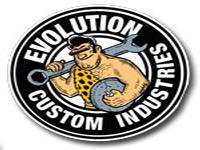 “Dan came to me about a year ago and asked me if I would build him a hard-tail Sportster. A month or so later, he bought a ’73 Iron-Head Sportster and rode it around for a bit until he was ready to chop it up. His brief was fairly straight forward, a stretched out bike with clip-ons, or in other words a samurai chopper – the kind made famous by the likes of Zero and Shinya.He dropped it off with a hand full of stuff; an oil bag, hard-tail (we will go into that later), a milk chocolate brown blanket stitched seat with a Maltese cross embossed in the middle, re-pop Sportster tank, some pretty chunky and roughly made clip-ons, a bunch of bits and pieces and a rolling, half stripped bike.Next, I cut and shaved the forks, taking 6″ out of the length and removing the fender mounts from the legs and spinning them round in the lathe. Now it was time to talk Dan out of that chocolate seat and the sporty tank. We found a re-pop Wassell and an embossed leather saddle from Rich Phillips…” Paul