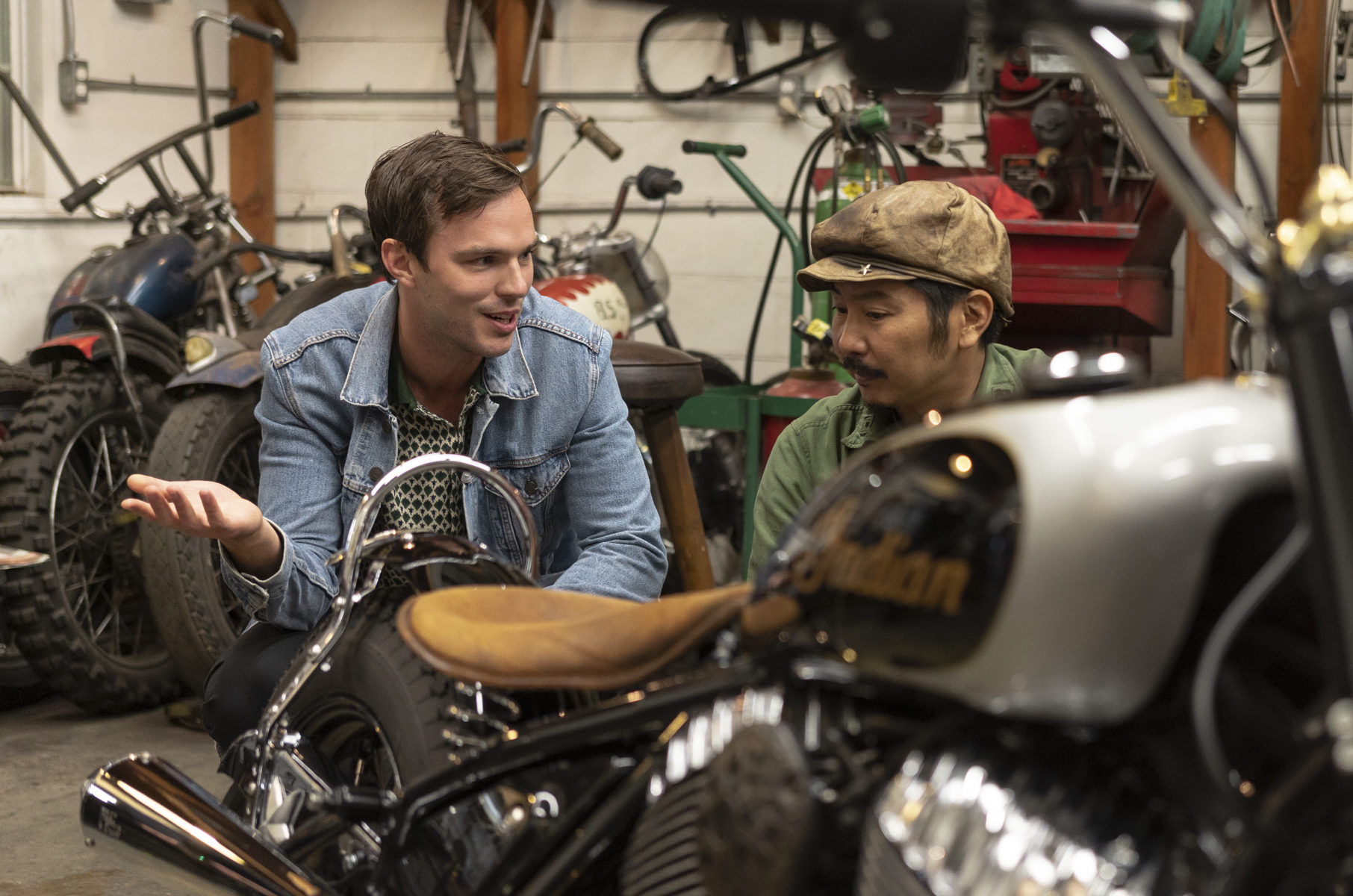 Nicholas Hoult, an English actor with toes dipped into celebratory action flicks such as Mad Max and X-Men, has just had an Indian Super Chief Limited in the Brat Shop – home of none other than Brat-Style founder Gō Takamine – and to say he’s happy with the results is a slight understatement.

Takamine’s shop is based out of Okinawa and has been churning out Brat-Style bikes since the early 2000s.

“Back in 1998, well before the term took off, ‘Brat Style’ was simply the name of a custom shop in Kita, Tokyo,” says an article on Steemit.

“From there, the man behind the style, Gō Takamine, started turning out bike after bike— crafting each with his unique style.” 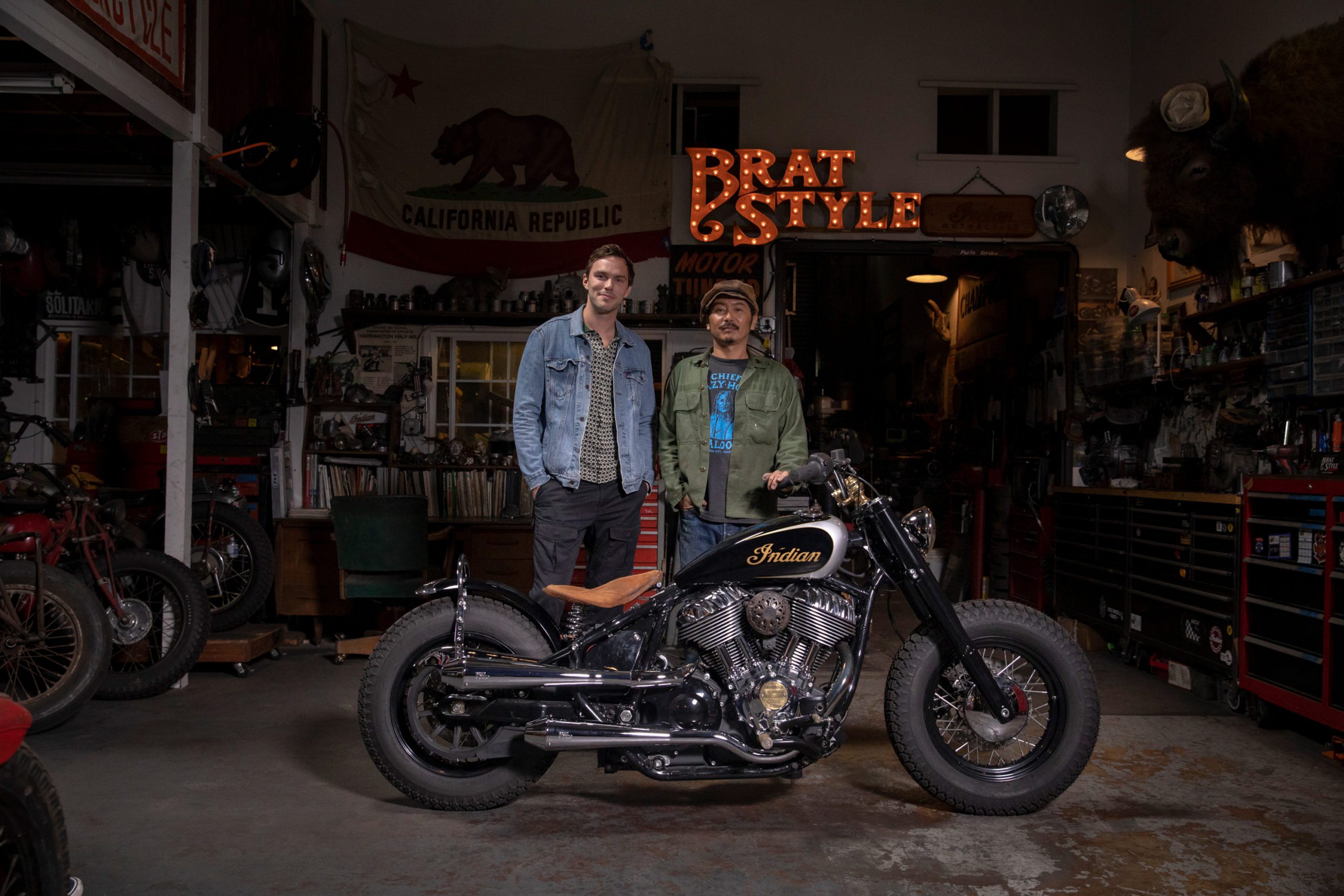 “The ‘Brat Style’ brand grew over the years and propelled Gō to the top of the custom world. He eventually achieved such a high level of respect and notoriety within the moto community at large that he was commissioned by major manufacturers like Yamaha and BMW to promote their new models with custom builds.”

We’re assuming that Takamine had the license to do whatever he wanted to the bike (more or less) since one of the ingredients for the bike involved the ‘mad’ addition of a “1937 Ford truck fender that was transformed into the rear fender of Holt’s bike,” according to the press release. 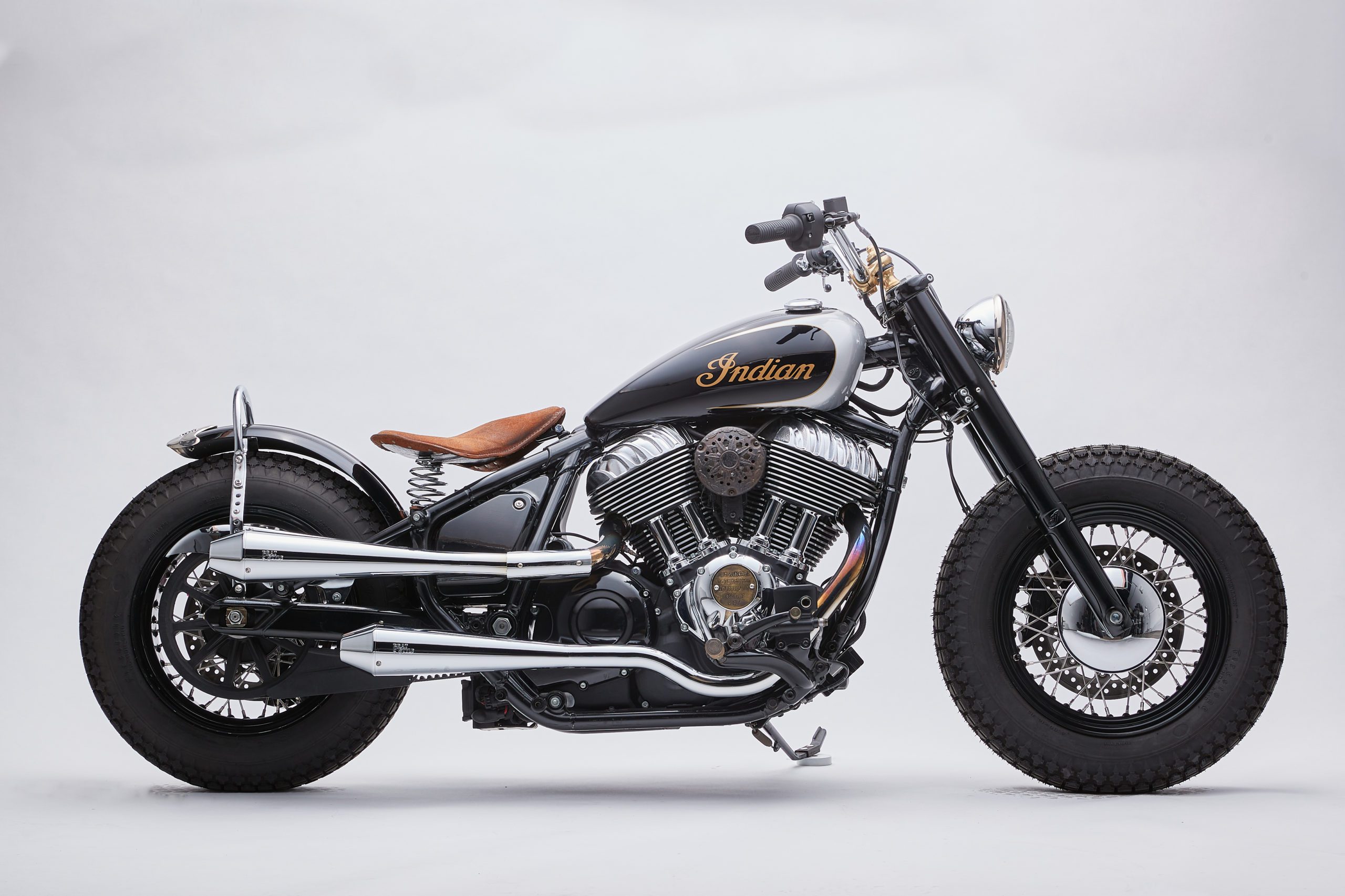 “Rather than creating a flashy look, I wanted to create a simple customization,” Gō says in an article from CycleWorld.

That customization involved the following list of goodies, taken from the press release:

For the full process, we’ve embedded two videos at the top of the article. The first is about the bike’s creation, with part two featuring Hoult himself in chats about his new machine.

Be sure to check back for updates, and drop a comment below letting us know what you think of this Brat-Style beastie, and enjoy the photo gallery, posted below – we certainly did.

*All photos courtesy of the relevant press release