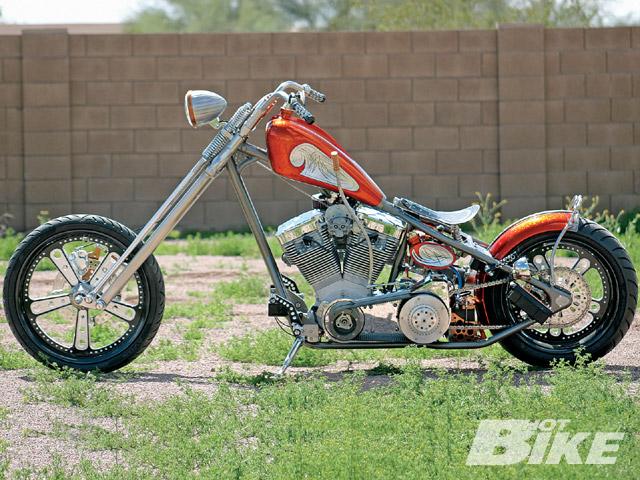 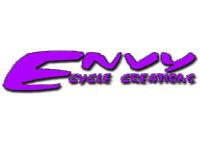 “I took the bite out of the 6-up, 4-out, 40-degree frame with Chopper Shocks under the seat,” Terry continued. “He also wanted a suicide clutch, jockey shift, like a Rat Fink job. I had him ride one of my bikes for an entire day with a hand shift and a Grandeur auto clutch. He fell in love with it. They’re quirky, but work terrifically for jockey shift bikes.” As a safety device, Terry installed a bright but small neutral light in the headlight bucket so Troy would know when he wasn’t in neutral and not to rev the engine. “They’re terrific for racing, instantaneous launch, but out here in the desert, we need to keep the dust out of the pressure plate or the clutch gets sticky,” Terry explained.