First up is one of my favorite movies Iron Man which has spawned several video games behind the success of the movie. The series has had several expansions, as well as the games across multiple platforms. This has led to many different versions and iterations of Iron Man Motorcycle Helmets. Some more creative than others, and some in full character with matching motorcycle!

Here is how to make your own Ironman Motorcycle Helmet out of a toy novelty helmet. And here is the Official HJC and Marvel Ironman Helmet info.

Next up is one of my son’s first favorite first person shooter video games:

Here is how to make your own Halo Motorcycle Helmet 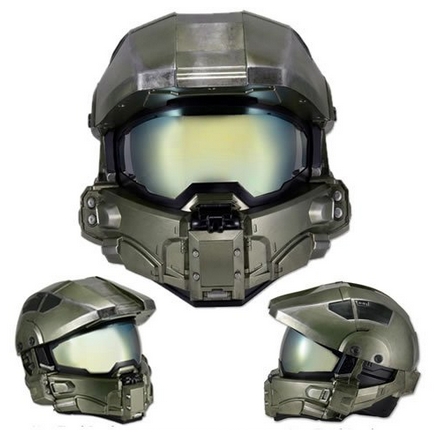 This is another game that has caught on rather fast and continues to spread quickly. While there are not any helmets that are specifically designed exactly for the game, there are a few from the viking and barbarian era’s that fit pretty good. My boy (let’s call him Mr. Eight Yr old.) has expressed some heavy interest in dressing like one of the characters from the game for the lat few months. Even more than the last “Halo” obsession.

Transformers, like the name, can take multiple shapes transforming themselves from automobiles to fighting robots. Two essential ingredients to attack the sci-fi/geek crowd.

This falls heavily into the DIY helmet category as you will not find one in any stores, online or off. So hear is a video that shows you how to make your own bumblebee transformers helmet out of a novelty toy. 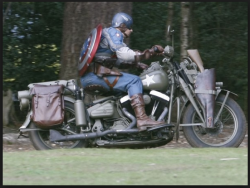 Captain America has been an iconic figure celebrated through many forms since the beginning of mass media.

Now that everyone can customize just about anything, this character has not been left behind. See the Official HJC Captain America Helmet Here.

Like Batman, he has evolved and changed over time, getting that much more awesome each time around. 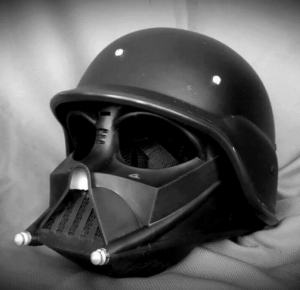 Star wars takes the lead on this one with 3 characters that have a large enough fan base that there are custom helmets for each on.

I put Darth Vader in the #1 spot for Star Wars because he is the MAN. 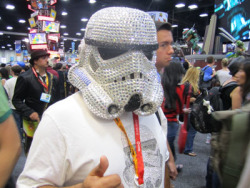 The Stormtrooper helmets have a few more variations out there with the Crystals, steampunks, and novelty helmets.

I have seen a Carbon Fiber Storm Trooper helmet somewhere before also, but cannot find anyone currently producing one. 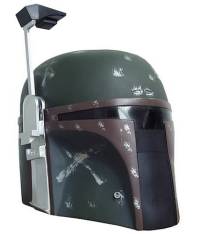 Why is this character loved by so many and has such a strong following? You got me, you’re going to have to ask someone that is in that group. For me – he makes a very cool motorcycle helmet to model after.

You can pick up one airbrushed helmet designed to match the color scheme, or you can make the real deal yourself.

Armored suit and awesome helmet? Look no further than the Batman. This character has evolved over the last 25 years and several movies. 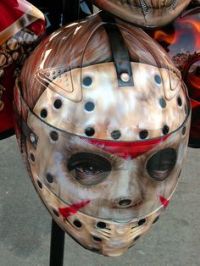 Both of these two “fright night” movie character have individual sequels that give my wife night terrors for weeks on end. What is better than watching each one murder small towns and families?

Watching them duke it head to head in Freddy vs. Jason.

Like any great scary movie character, mimicking their mask/face on a motorcycle helmet lets you play the role and scare as many children as you can ride by in a day. School busses and minivans are your perfect targets.

An assortment of biker face masks can easily get this job done. 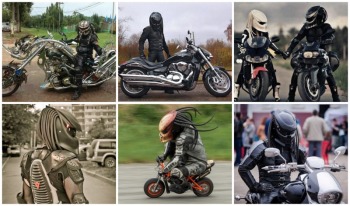 The Predator was one of my favorite movies growing up. Arnold Schwarzenegger going to war with an alien from another planet? Hell yeah.

There are a few different options while looking for a helmet that looks like the Predator. 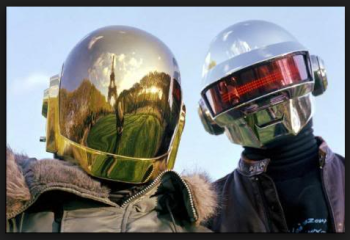 While not a movie or video game, the Daft Punk style gets an honorable mention here. Daft Punk is a electronic house band with a crazy huge fan base.

Similar to the Steampunk style, the headgear they wear while playing resembles an alternate reality. Futuristic, but not too far off.