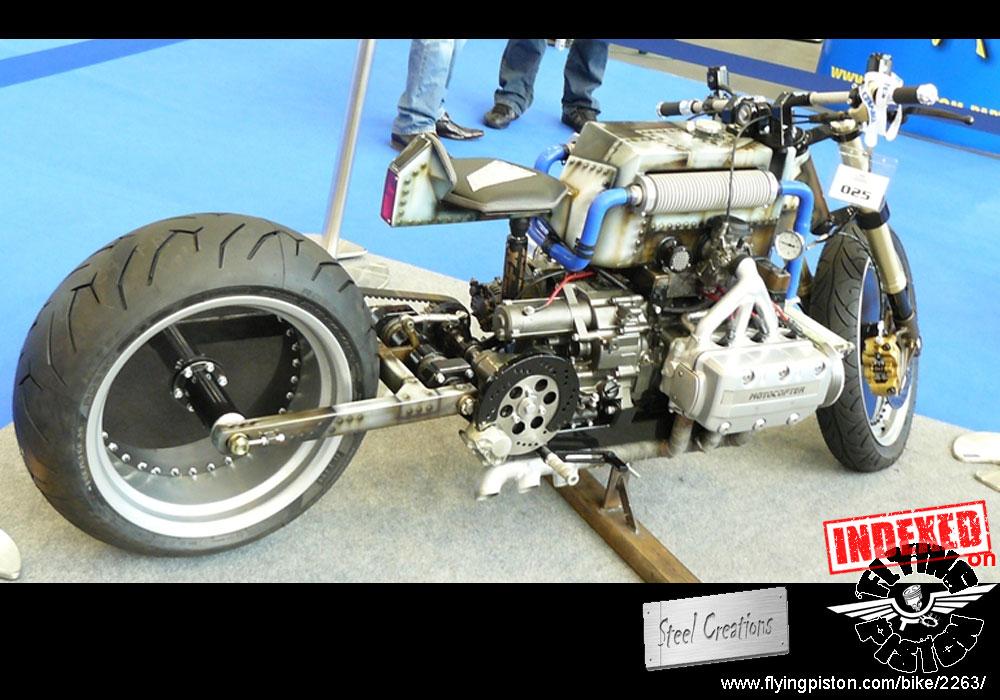 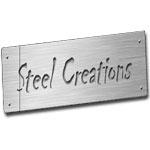 Motocopter , because the ”thing” has a name, was built by Tomasz Pawlos and Lukasz Falis of Steel Creations. In Poland. From the first glance you see a big engine, 2 wheels and a cafe racer tail. And that’s about it, really. A Honda GL 1500 played the role of the donor bike. The engine was pretty much the only thing left and used from the original bike. That huge six cylinder boxer, four-stroke, making 100 hp’s is sure a sight to see on itself ! Steel Creations entered the bike in the AMD Championship this year under the Freestyle Class. By the looks of Motocopter I’d say they were right on the money ! The in-house hand made parts makes for a very long list. Including the frame, tripple trees, handlebars, steering and lighting systems, seat, rear shock and exhaust. The wheels were also built by Steel Creations. That’s quite the list, eh ?! 38 degrees upside-down front end with 18 inch wheel. Equipped with dual Brembo brakes. … http://www.dwrenched.com/2013/10/dwrenched_23.html