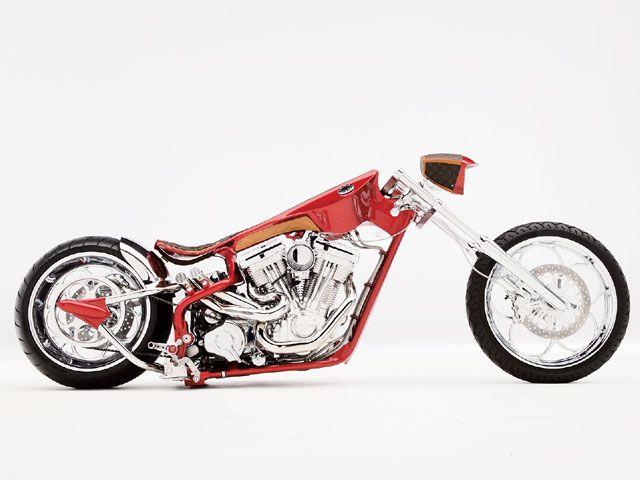 Racing-down-the-Las-Vegas-strip-in-the-cab-of-a-pickup-truck meeting with one of the company’s newest dealers that inspired the one-off VDKC custom you see here. With the ink still wet on the contract establishing Richard Weisman, owner and CEO of Exotic Cars at Caesars Palace, as the only VDKC dealer in the state of Nevada, Alex and Richard hit the strip to grab a bite to eat. As Alex drove, Richard discussed marketing ideas to help celebrate the grand opening of the exotic-car dealership, which was to take place in two months. Richard pitched the idea of building a one-off bike specifically for the star-studded event, and Alex’s brain automatically went into design overload. “Alex is a design genius. He is so full of creativity and energy-once he gets going, he just doesn’t stop,” Richard said. “I have three kids, and he has more energy than all of them put together. He was driving down Las Vegas Blvd., sketching out ideas. -Hot Bike