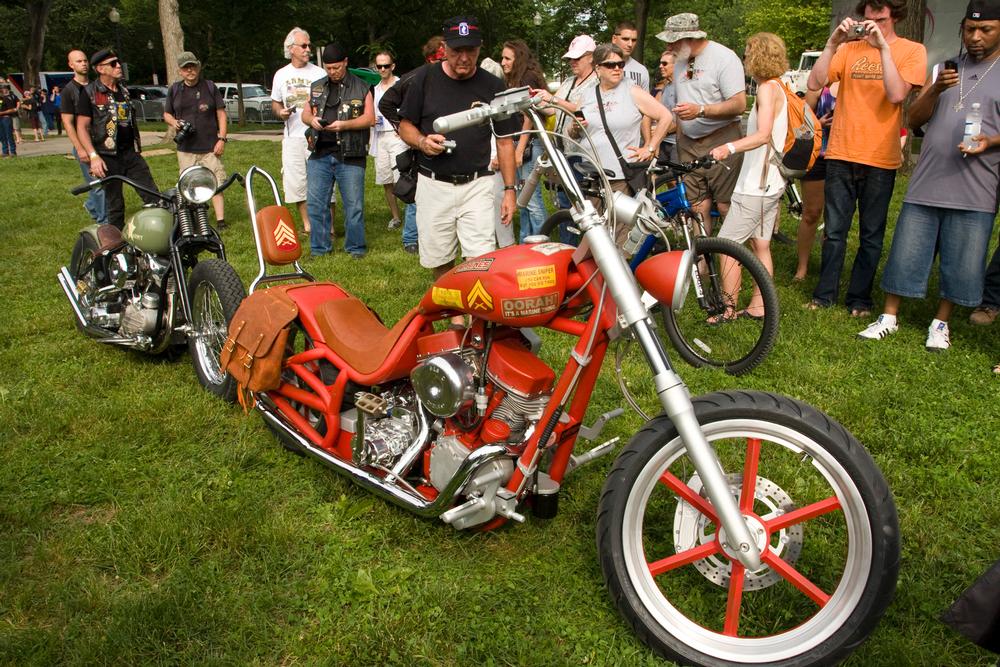 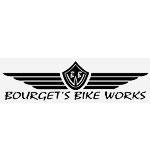 Marine Tribute Bike built by Brigitte Bourget of Bourget Bike Works. The U.S. Marine Corps Tribute Bike built by Bourget’s. Moot (the builder) at Bourget’s said, “The premise is that a guy built himself a Panhead chopper in the late Sixties – then went off to war. When he got home, this is how the bike looked, sitting in his garage waiting for him to come home.” The late Marine Corps Corporal Byron Hall of State College, PA was the driving force and inspiration for the Bourget’s project.