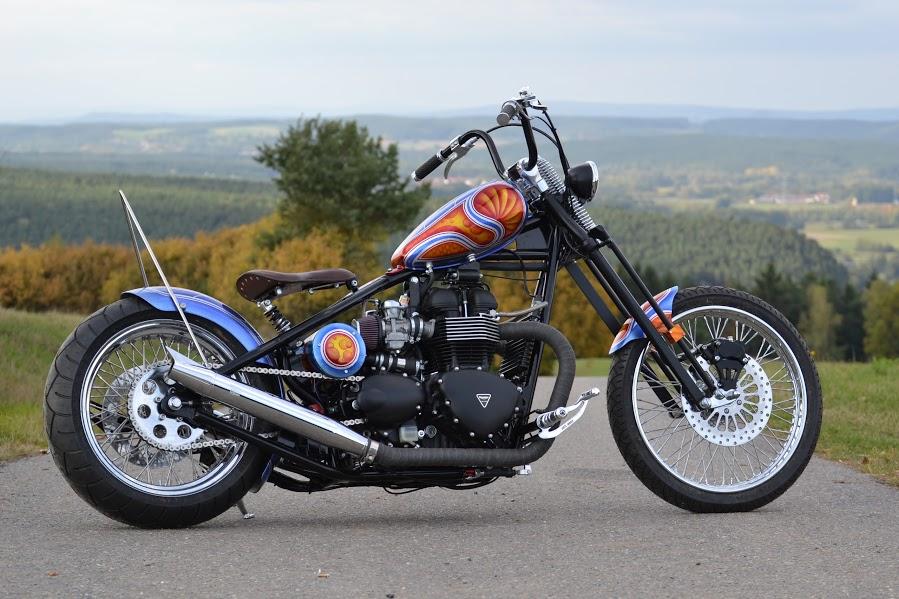 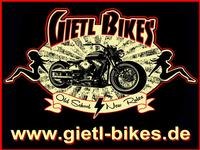 The Lollipop chop was built for a customer after he saw the Browm Sugar Triumph Hardtail and fell in love with the Triumph engine. He wanted a bike that took styling ques from the seventies, but with the modern mechanics. So we took a motor from a Triumph America with fuel-injection and put it into our custom rigid frame and a lot of our own components. When you think about the seventies you see the crazy paintjobs, so it was clear to paint it with metal-flake and candy colors. When we put on the freshly painted gastank the name of the bike became clear: Lollipo Chop. Because it looked like one of those colorful swirled Lollipops.