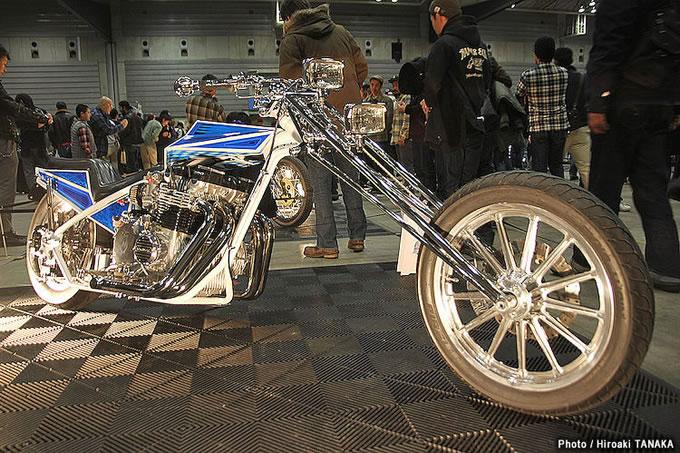 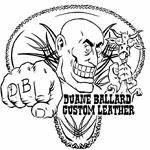 In the words of Duane Ballard: After selling the Pink Taco bike, I knew I wanted to build another bike; I just wasn’t sure what to start with. My buddy Alex found a 1981 KZ1000 police bike next to a shop in Elsinore, California, and said the guy would take $200 for it. I couldn’t pass up a donor bike that was so cheap, so an hour later it was in my garage. The plan was to build something with what I had learned from the last two bikes. The pink bike was crazy looking but not the most comfortable to ride for long distances. I put a few hundred miles on it one day, and I figured out why those style bikes aren’t ridden much. The uni-body construction made for a super-stiff ride. So I knew I needed to do something more like the Funkenstein Honda I have. I got ahold of Paul at Spitfire Motorcycles, and he was in for the frame and girder front end. He also happened to be sitting on a set of 85th anniversary H-D wheels. The tank wasn’t as easy though.