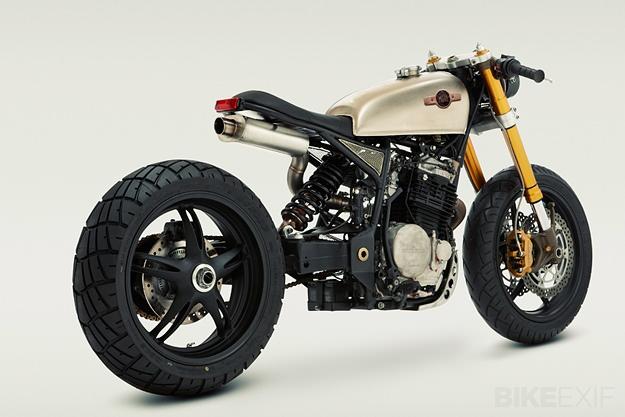 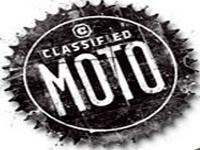 “KT600” is the latest, and named after its donor bike and owner. The starting point was a 1987 Honda XL600R enduro, and it was commissioned by Battlestar Galactica actress (and avid motorcyclist) Katee Sackhoff. No Classified Moto bike would be complete without a front end swap, and this XL600 gets one from a Kawasaki ZX6-R. And for the second time, Ryland and his chief mechanic Greg upgraded the back end too—installing the single-sided swingarm from a 2006 Triumph Sprint.