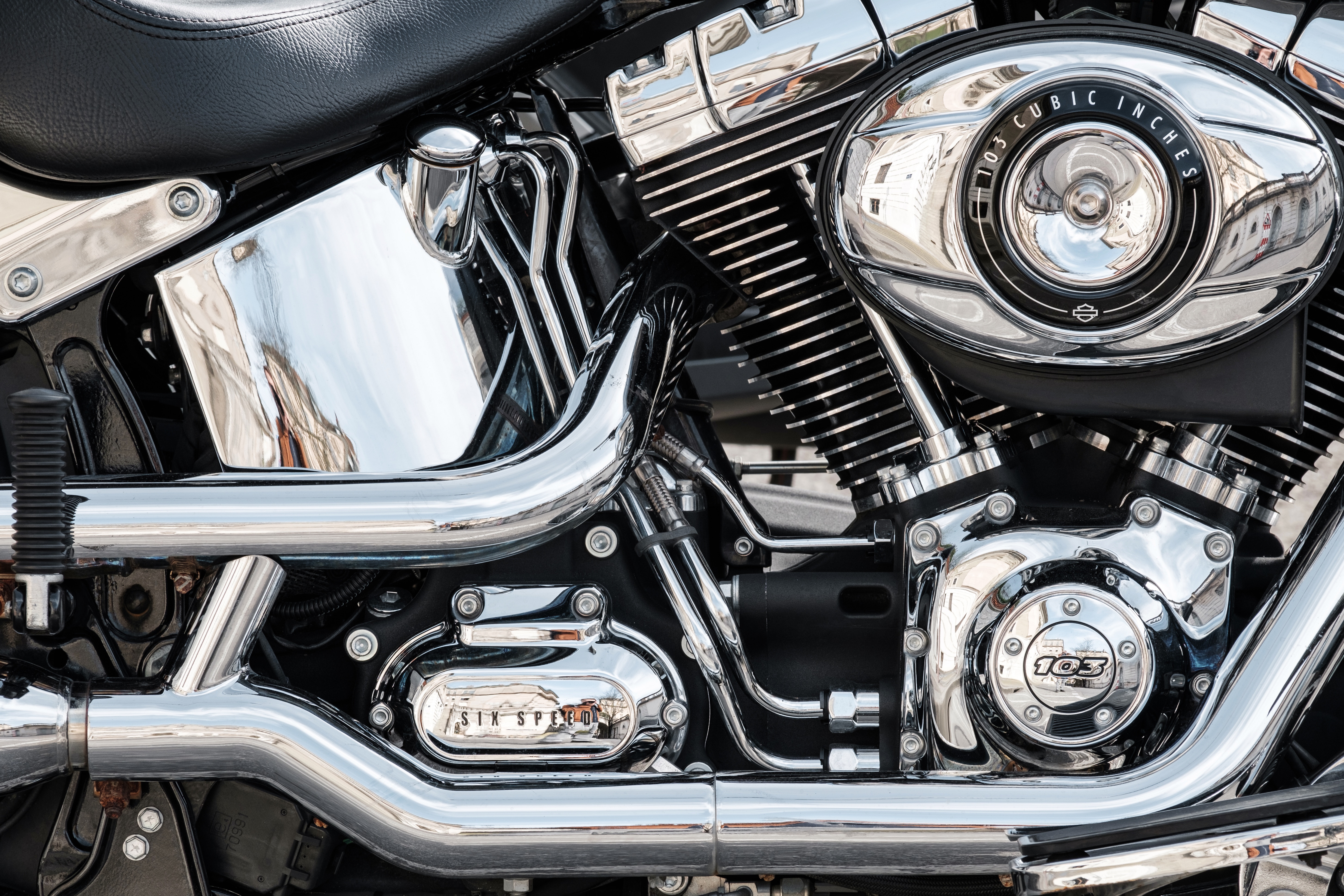 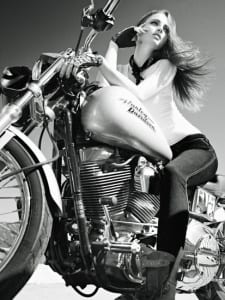 Harley Davidson motorcycles have become powerful cultural symbols. When people that aren’t especially familiar with motorcycles are asked to name a motorcycle brand, they will often just refer to Harley Davidson. Certain products eventually become synonymous with certain brands, to the point where people will refer to that particular brand when they’re actually referring to the product itself.

Many people in the United States refer to Kleenex, for instance, instead of tissues. Similarly, many people will refer to Harley Davidson models or ‘Harleys’ instead of motorcycles.

More recently, Harley Davidson had some quality control problems. Japanese motorcycles have also become very popular in the United States. However, the Harley Davidson motorcycle is still a household name to younger generations. Even with these more modern challenges, the Harley Davidson company has thrived, and its brand still occupies a special place in American culture. Its longevity only adds to the symbolism surrounding it.

Motorcycles themselves are widely known as symbols of power and freedom. Motorcycles are two-wheeled vehicles that can nonetheless reach speeds that rival those of much larger vehicles. They have the engines of cars, but with none of the interior areas. Riding motorcycles and truly experiencing one’s surroundings, while still traveling as fast as a car, is a unique experience. Motorcycles can weave around cars on the road, getting ahead while the cars themselves are still stuck in traffic. There’s something symbolic about that, which drivers and motorcycle riders can both appreciate.

The element of risk involved with riding motorcycles just makes the experience even richer for a lot of people. Motorcycles tap into a number of different American cultural ideas, such as the desire for freedom. It is no surprise that there is so much powerful symbolism attached to them in American culture.

A Harley Davidson motorcycle helmet can truly make all the difference in terms of safety. Some people are skeptical about the degree to which motorcycle helmets can actually help in the case of an impact. Motorcycle riders are typically traveling quickly enough that any head injury sustained during a motorcycle riding accident could be fatal or permanently damaging. Having a powerful barrier between one’s head and the pavement really can prevent fatal accidents for motorcycle riders. 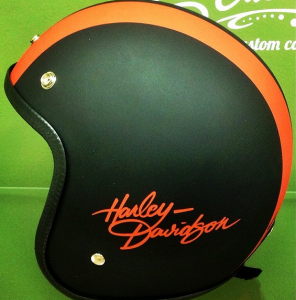 People that are riding motorcycles should keep in mind that they are operating a vehicle that has the engine of a car with none of the protection from the elements. That element of risk is part of the appeal of motorcycles in the first place, of course. However, motorcycle riders can keep that element of risk while still taking some essential safety precautions. The feeling of racing across the street on a motorcycle outpacing all of the cars will still be intact, even if the rider is wearing a helmet. Many of the motorcycle riders that were able to enjoy their hobby for years and years were the ones that wore helmets and other safety accessories.

There is no reason for Harley Davidson riders to artificially inflate the risk involved when riding motorcycles. Motorcycle helmets will allow them to minimize the real risks involved with riding motorcycles. They will still be able to enjoy the feeling of being free and unencumbered during a motorcycle ride. There are some parts of the country where motorcycle riders are required by law to wear helmets, and no rider wants to get pulled over for reasons like that.

Let’s look at a few of the top rated helmets for safety and for style and then break down each category a little further to find exactly what you are looking for and where to get it (even if it is not here).

Harley Davidson Half helmets for Men

Harley Davidson Half helmets for Women

Oldschool Helmets does some great work on 1/2 helmets and 3/4 helmets. Check out their designs or shoot them a message with your ideas and they will deliver. 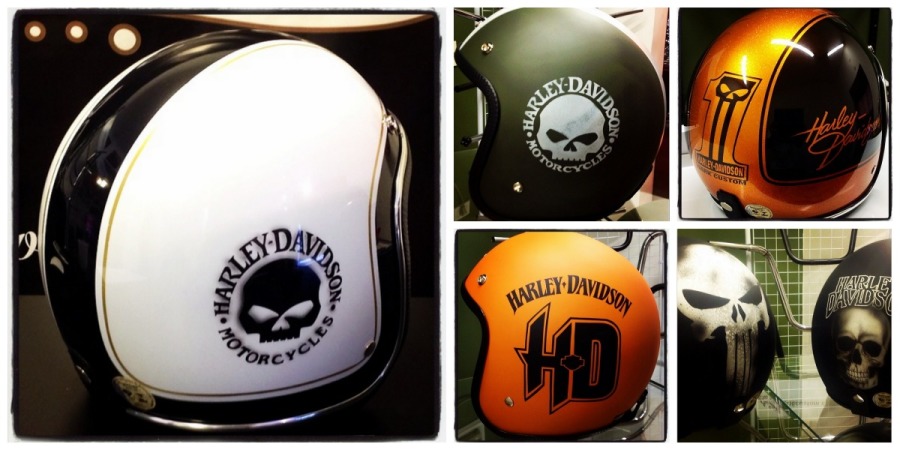 Looking for a protective, yet lightweight helmet? A Carbon Fiber motorcycle helmet is what you are after. Fair Warning – Do NOT look at the price tag before purchasing.

For the ultra budget friendly version of a custom Harley Helmet there are cool looking stickers that are sure to fit. Here are just a few: