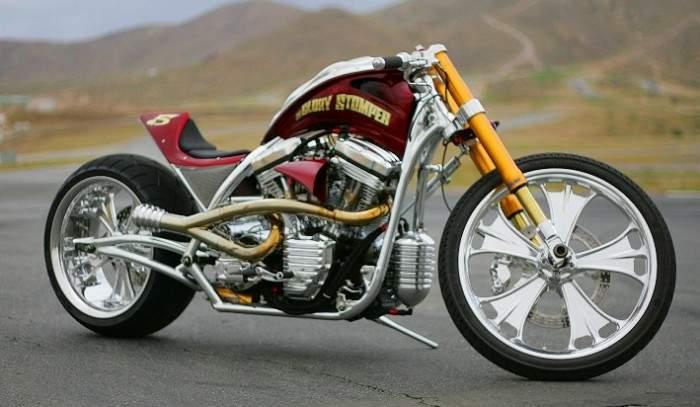 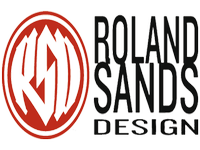 Sands built The Glory Stomper bike for the Discovery Channel’s Biker Build-Off program, against Arlen Ness. Sands’ bike lost out in the popular vote, but for viewers at home, he stole the TV show. He then went on to be voted best new builder by his peers. The Glory Stomper is named after the 1967 American International biker film. Sands said he planned the bike to be a twisted, rebellious, ruffian statement redefining what a chopper is, and that film’s title and tone set the mood. As with all of Sands’ creations, The Glory Stomper is inspired by the rich heritage of chopperdom. Steeped in this history, Sands uses it as solicitous stimulation, not for mundane mimicry. By naming the bike after a movie from the heyday of bike-exploitation films, Sands gives this chopper historical reference for his irreverent homage. It’s his disrespect of the culture he cherishes that gives his bikes their brilliant edge. -MotorcyclesUSA.com