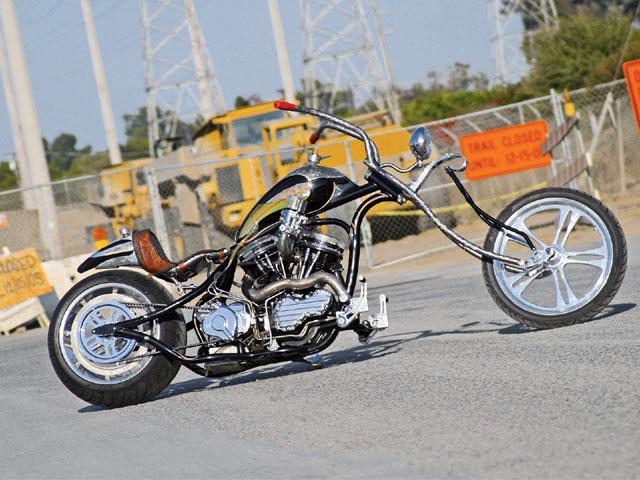 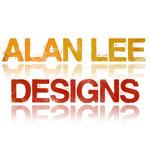 Builder Alan Lee did the sheet metal and much of the ironwork. Alan established his base of operation at Jack’s Lowriders in Fountain Valley, CA, then recruited Todd Townsend and Tim Doran of Killer Glass to handle the see-through parts (as well as Chris Madison to help with the not-so-see-through stuff), and by week’s end he had begun construction. An impromptu meeting at the Custom Chrome headquarters resulted in RevTech’s modern 98ci version of the panhead motor (aptly dubbed “Pandemonium”), as well as a Baker right-side-drive trans and several other drivetrain components. The wheels, tires, pulley, rear brake, and BDL 2-inch belt-drive primary are courtesy of Daniel Boone.