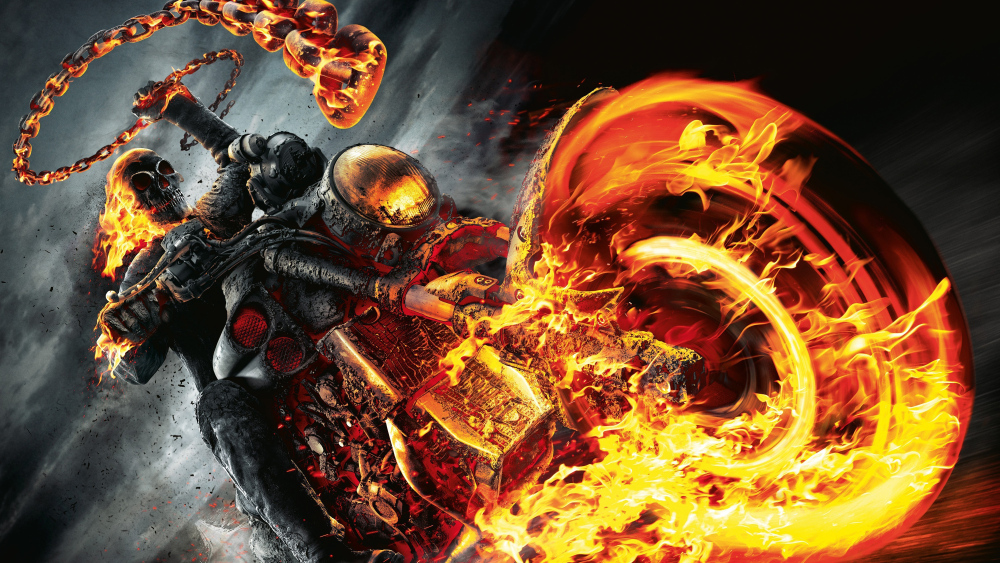 GHOST RIDER STORY: Ghost Riders are numerous fictional ghostly vigilantes appearing in comics published Marvel Comics. Over the years, many characters have acquired the mantle of “Ghost Rider” but the honor of being the first Ghost Rider goes to Johnny Blaze, a stunt motorcyclist who offered his soul to “Satan” (an arch-demon named Mephisto) with the intention of saving the life of his foster father.

This started the story of the first Ghost Rider in Marvel comics who finds his body completely engulfed by hellfire and his head transformed into a flaming skull at night or whenever he is around something or someone “evil”. He rides a scorching motorbike (literally) and brandishes blasts of fire from his body, especially hands. He later finds out that he has been bonded with the demon Zarathos.

Blaze version of Ghost Rider featured in the original series that started in 1972 and ended in 1983. The succeeding series (1990–1998) introduced Danny Ketch as the next character to become the Ghost Rider. Ketch came across a motorbike that contained the crux of “Spirit of Vengeance”. Johnny Blaze became the Ghost Rider again in the 2000s series and was succeeded in 2013 by Robbie Reyes. 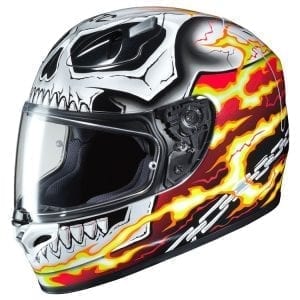 Johnny Blaze was a stunt rider born in Illinois. He was adopted by his family friend Crash and Mona Simpson after his father died trying to perform a stunt and his mother already abandoned him in his childhood days taking away both his siblings with her. The Simpsons raised him as their own son and he became a passionate member of their family eventually growing closer to their daughter Roxanne later being romantically involved with her.

Blaze joined the Simpsons in their own traveling stunt show, the “Crash Simpson Stunt Cycle Extravaganza”. He starting researching about occult after finding out that his foster father Crash has cancer and performed a spell which could summon Satan himself supposedly. Unaware that he actually summoned Mephisto, Blaze gave his soul to him when Mephisto tricked him and promised to cure Crash’s cancer. This deal led to him transforming into a skeleton faced devil engulfed in hellfire and he became the Ghost Rider. He is the most famous Ghost Rider in its printing history made more famous by Nicholas Cage in his portrayal of the character in 2007 movie Ghost Rider and its sequel.

Daniel Ketch was born in Brooklyn, New York who accidentally became a Ghost Rider when he and his sister Barbara were attacked by some gangsters where his sister got critically injured by Deathwatch. Daniel had escaped the scene and hid in a junkyard where he found a motorcycle bearing a magical sigil. His contact with the sigil turned him into the Ghost Rider. He thrashed the gangsters but failed to save his sister who went into a coma and was later eventually killed by Blackout who became Ketch’s mortal enemy.

Robbie Reyes is a high-school student who works at an auto shop and lives with his disabled brother Gabe. He once entered a street race hoping to use the prize money to fulfill his dream of moving out of Los Angeles but is instead killed by mercenaries who were trying to recover some pills that caused the transformation of Calvin Zabo into the supervillain “Mr. Hyde”. The pills were hidden in the trunk of the car Robbie was driving unknown to him. But the boy gets revived as a demonic being with a flaming helmet-like head becoming the next Ghost Rider. His ride is the car now similarly ablaze as himself. This version of the character appears in the TV series Agents of S.H.I.E.L.D

More Interesting Ghost Rider Facts
Johnny Blaze is actually the second Marvel character to don the name of “Ghost Rider”; the first one being a Western comic hero now known as “Phantom Rider”.

Ghost Riders have in time used many different items for their transportation. Some of them are weird too. Ghost Riders have been shown to ride horses, muscular cars, planes (Just try to imagine it!), trucks, sharks (Woah!!) and an Elephant (Told you, Weird!).

The Ghost Riders Bike motorbike can do a lot of cool stuff like no other. It travels with the speed of the thrown Mjolnir (Thor’s Hammer) and can completely defy Laws of Physics. It can travel into other dimensions (Who need the Flash anymore?), fly, climb on buildings or move on water.

Ghost Rider can be hurt only by the weapons forged in Heaven (cause he is bonded with a Demon you see!).

Ghost Rider once fought and killed Doctor Strange (Yes! the Sorcerer Supreme) because he thought he is Lucifer in disguise.
The Penance Stare is Ghost Rider’s most powerful ability. But, there are four people who are immune to it (which really stunned him every time). They are Punisher, Deadpool, Venom and Zodiac. They are unaffected by it because they don’t have any regrets in their life over whatever they have done.

Appearance in Television and Movies

Nicholas Cage portrayed the Johnny Blaze version of the antihero in the 2007 movie Ghost Rider and later reprised the role in the sequel Ghost Rider: Spirit of Vengeance.

Robbie Reyes version of the Ghost rider is currently being portrayed by Gabriel Luna in the TV series Agents of S.H.I.E.L.D

HD also teamed up with marvel when first releasing a series of helmets and created custom themed motorcycles to match. 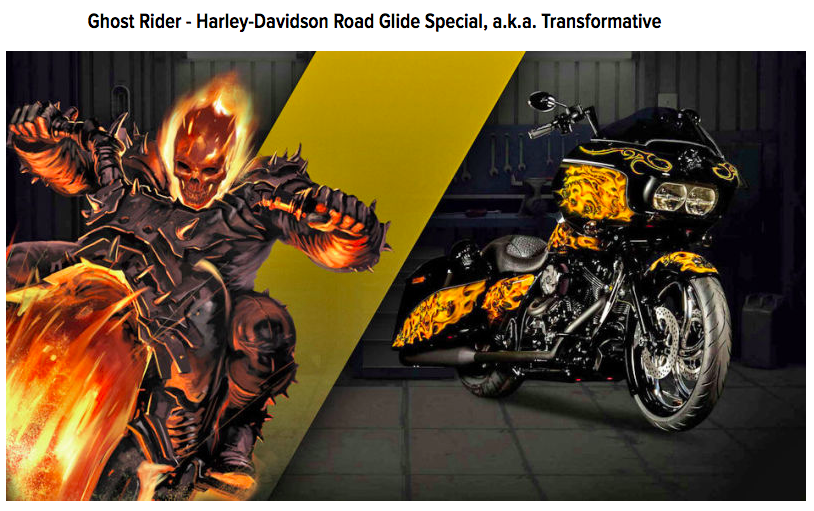 Here is the full series.