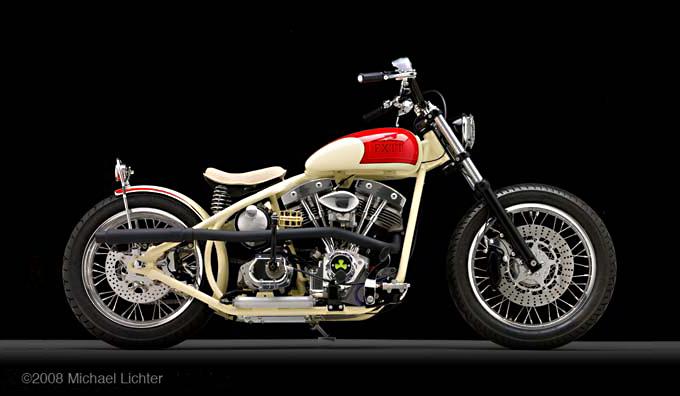 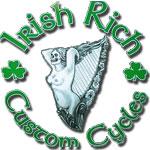 The FXTT powered by an S&S Shovelhead motor and built by “Irish Rich” Ryan of Shamrock Fabrication in Broomfield, Colorado. The FXTT has been featured on many bike sites and magazines around the world, most notably as the feature article and cover bike on Easyriders March, 2009. Some specs of this formidable FXTT include a frame shortened 2 1/2″ in the rear section, raised 2″ overall, transmission raised 1″, Dyna Sport 39mm full cartridge front end and kick-only S&S 5-in-a-4 speed transmission. Photos by Michael Lichter