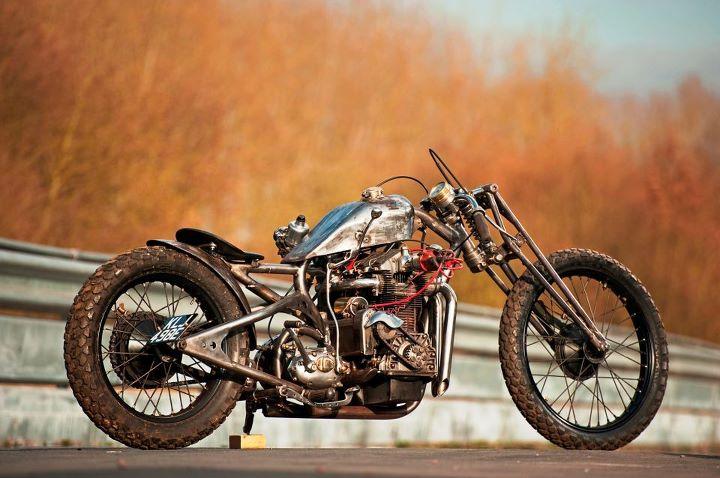 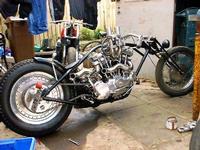 This is the 1st NSU built by Robbie. There are not a lot of pics of this bike but it has a great stance and tons of attitude. In all Robbie Robinson has built 3 bikes out of NSU engines. NSU Motorenwerke AG, or NSU, was a German manufacturer of automobiles, motorcycles and pedal cycles, founded in 1873. Acquired by Volkswagen Group in 1969, VW merged NSU with Auto Union, which eventually evolved into Audi.