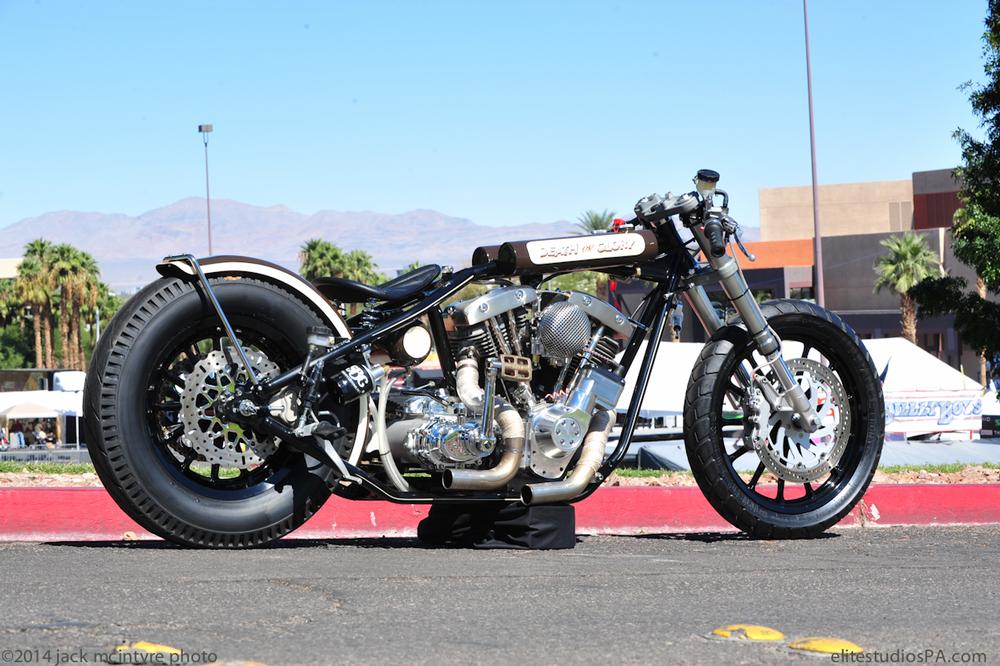 The construction of Death or Glory started with a twin downtube rigid frame specially built just for its intended use, Michael added a Buell X1 Lightning inverted fork and disc brake to the front mag wheel while out back a Wavy disc brake setup does additional slowing of the Bonneville horizon. The bolt-on twin cylindrical tank setup looks the biz without trying to look the biz. Anything else just wouldn’t look race-right to me anyway. Obviously it has an as prone a wind-cheating seating position as possible and that mandates a set of clip-ons and rearsets which might not turn on the typical Harley rider, but there’s nothing here that gives any semblance of lazy cruisability that most road riders are always searching for. This is a hang on tight and go like hell on a surface of ancient salt motorcycle. Powering this gem is a 1974 Harley Shovelhead that’s been appropriately jacked for its class. It’s also impeccably finished with short high-rpm headers and a Joe Hunt Magneto.