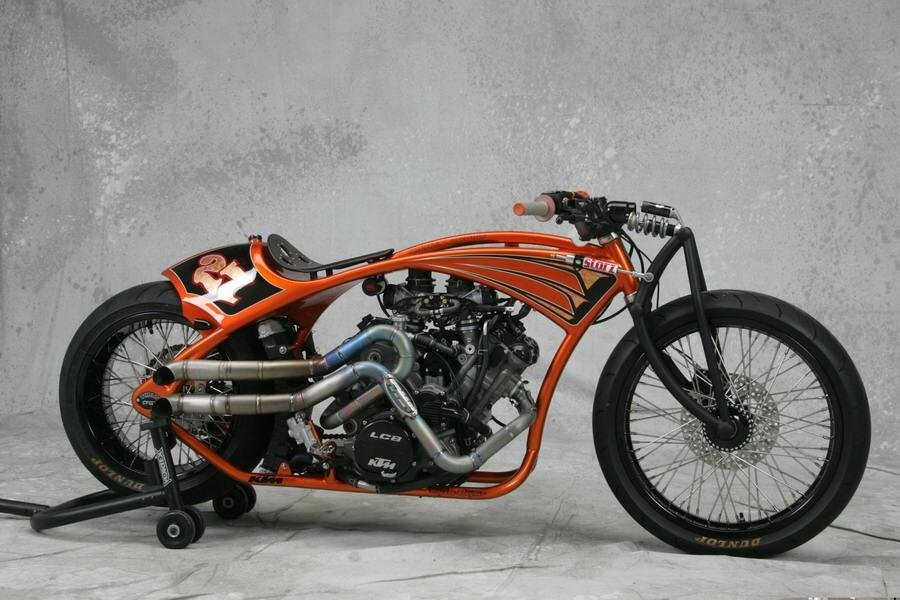 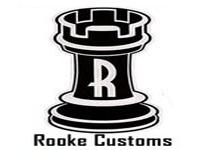 Featured on Biker build off with Roland Sandsthis boardtrack dragster was built with a KTM 950 Twin. Jesse Rooke’s bike had the heart of a modern semi-sportbike, but then he went his traditional old-school route for the rest of the bike. The frame is a single-downtube rigid with a nice single radius all the way from the steering head to the rear axle. A Rooke Nana Girder front end with a Progressive 5th Element mountain bike shock connects the laced front wheel to the frame. Rather than ditching the radiator in the pursuit of clean lines (and knowing this contest was to take place in the desert), Jesse mounted the curved unit just in front of the fat rear tire; it matches the lines of the rear wheel perfectly.