The Red Hood Helmet – A cult in the making 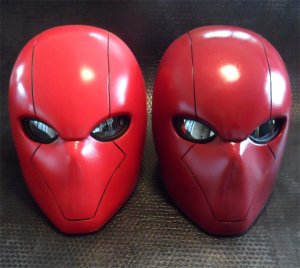 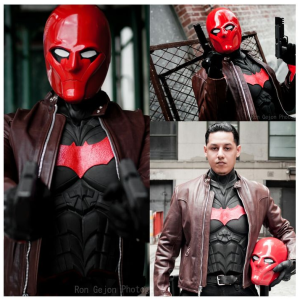 Over the years people have come to love comic book characters. Everyone has their favorite character that they have come to love and will depend on them to save the day. Redhood is a comic book character that made his appearance in the Detective Comic services #`68, a book published for the first time in 1951. Redhood was also the character that inspired the Batman series and many experts say that he was the original Batman. Just a few reasons for this is that Redhood had to defeat a criminal that became known as the Joker as he reeked havoc on a town. Also, before fighting crime Redhood would put on a red helmet along with a red cape.

Redhood has made several appearances over the years in various comic books. Redhood was featured in Batman: Under the Hood. He helped Batman fight crime including the Joker. Redhood was able to beat the Joker and takes control over the his gang in Gotham City. In 2011, he was once again brought to the limelight. DC comic developed the Redhood gang. In this story a young Batman tries to defeat the gang but just manages to get away with his life. In addition to these comic books Redhood has appeared in several movies and video games along with Batman.

Redhood has not always been the hero in the Batman series however. He has been given the 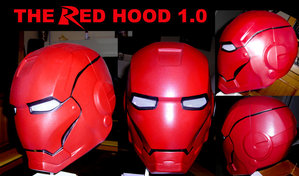 part of the villain as well. In The Brave and the Bold the character of Redhood is a great fighter and was on the side of the good guys. An accident happened at a chemical plant where Redhood fell into a chemical vat and became disfigured and lost his sanity. Batman goes after Redhood but he is able to escape. Redhood is able to go to his own dimension. Batman is able to defeat Redhood and turn him into a good guy once again. Redhood even went on a crusade to kill gang members and other villains at one point to make the city safe.

As with Batman, the identify of Redhood is a secret. Many people speculate who he is and how got to be both a good guy and a bad guy but no one is able to figure out his true identity. The fans of this comic series know that he given name is Jason Todd. At one point Jason Todd has a good life. He had a wife with a child on the way but that changed. The character of Redhood is one of the first comic book heroes even though he is often overshadowed. Many classic comic book fans have come to respect Redhood and would like to see more of his comics. Newer comics were made in the 2010’s but so far Redhood has not gained in popularity like other comic book heroes.

Many people like Redhood because he has a cool and dangerous look to him. He is muscular and has dark clothing on. Over his face is a fight fitting red mask. Only his eyes are visible. No one is able to see any other facial features. In fact no one can even see the colors of his eyes. Redhood gives the look of a tough guy that no one wants to mess with.

Since Redhood is a tough guy there are some places to put his image that will really get the message across. One of the most desired spots for Redhood is on a motorcycle helmet. Many motor cycle riders are really people that want to do good. They help out good causes and just want to be left alone to ride their bikes. Redhood is one tough character. He gives off the do not mess with me vibe. Motorcycle riders like the tough look and do not want people to bother then with petty stuff. The color of this hero also stands out. If Redhood is on a motorcycle helmet people are sure to take notice. Redhood can be both a good guy and a bad guy just like most bikers are guilty of.

Redhood is a comic book hero that has both helped and hurt people. This character has a tough look and a hard appearance. He is great for a motorcycle helmet to symbolize the tough guy attitude.

Where to buy a Red Hood Helmet?