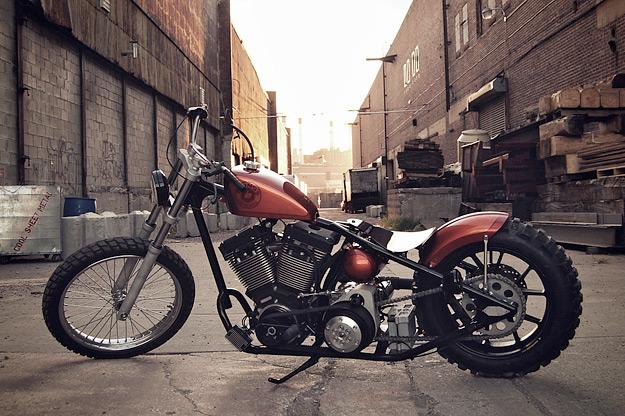 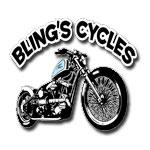 The bike is owned by Pat McGowan of Northern N.J. “I was going to try and build a bike myself,” he says. “I started getting parts together and went to Bill Dodge of Bling’s Cycles to order a frame and other stuff of his I liked. But after talking with him, I decided I would be better off letting him build it.” While Pat scraped money together, he and Bill got to know each other. “It turned out that Bill was trying to renovate his house himself,” says Pat. “We then decided that a trade would work for both of us. So we did just that: I finished his house, and he built my bike.” photography by Cicero deGuzman Jr