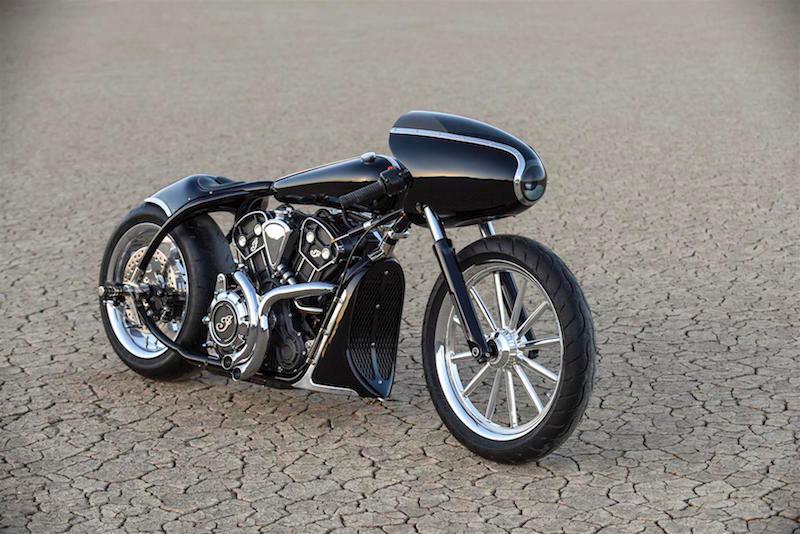 Created by Jeb Scolman, the guy who built the “Spirit of Munro” to celebrate the launch of the ThunderStroke 111 in 2014, this custom Indian Black Bullet Scout is his and Indian’s latest venture. Jeb was given a bare bones 1200cc Indian Scout engine, and carte blanche to build what he wanted. Jeb’s vision was to go for a retro feel of the old drag racers with a bullet front fairing and a narrow frame. Indian points out, “The post-war hot rod crowd was using airplane drop tanks for race cars, and the motorcycle racers started to adapt nose cones to help them cut through the wind.” I’m not sure how serious Indian is about going after a speed record with this bike but it sure has some sleek sexy lines.