Oddly enough, scrambler bikes are not universally beloved by riders. For many, they are beautifully-designed cousins to their street-oriented brethren. For others, they are silly little bikes trying to squeeze into dual-sport and adventure bike territory. We’re going to ignore the latter group for now. This list is all about scramblers, and we made it for the riders who love them.

Scrambler bikes can often be identified by their high-mounted exhausts, longer front forks, beefed-up rear suspension, and extra ground clearance—although they aren’t necessarily off-road bikes. Some scramblers are designed with city use in mind, even though they look scrappy, while others are very capable of taking you through the dirt.

In 2022, a whole slew of new scramblers have either already hit the market or been scheduled for release by the time spring rolls around in full. Here’s our list of the five we’re most excited about (plus one from last year that’s still so good we couldn’t resist including it, and one that might not see the light of day until next year). If you know your motorcycle history, you know that the Bonneville T series has been Triumph’s biggest success since the 1950s. The 2022 Bonneville 1200 is a welcome offshoot of that tradition—a mean machine that thrives on- and off-road. See the entire range of 2022 Triumph motorcycles here.

Using the same 1,200cc parallel twin as the T120—but updated with dedicated scrambler tuning to produce smoother power and extra torque—the Bonneville Scrambler 1200 also has the same frame and fuel tank. But that’s where the similarities end. For example, the exhausts on this bike are much higher up, the front forks have been beefed up, and an extra couple of inches of travel have been added.

The rear has also been completely redone, with uprated dual shocks pushing the bike further up into the air and a higher angle on the swingarm that lifts the chain away from any rough terrain you might ride on. This gives the Bonneville Scrambler 1200 a good 2.5 inches of extra ground clearance over the T120.

Triumph has successfully turned the retro-modern Bonneville into a bike that’s as capable off-road as it is in traffic, following up on the success of the Street Scrambler with another home run for the iconic brand. 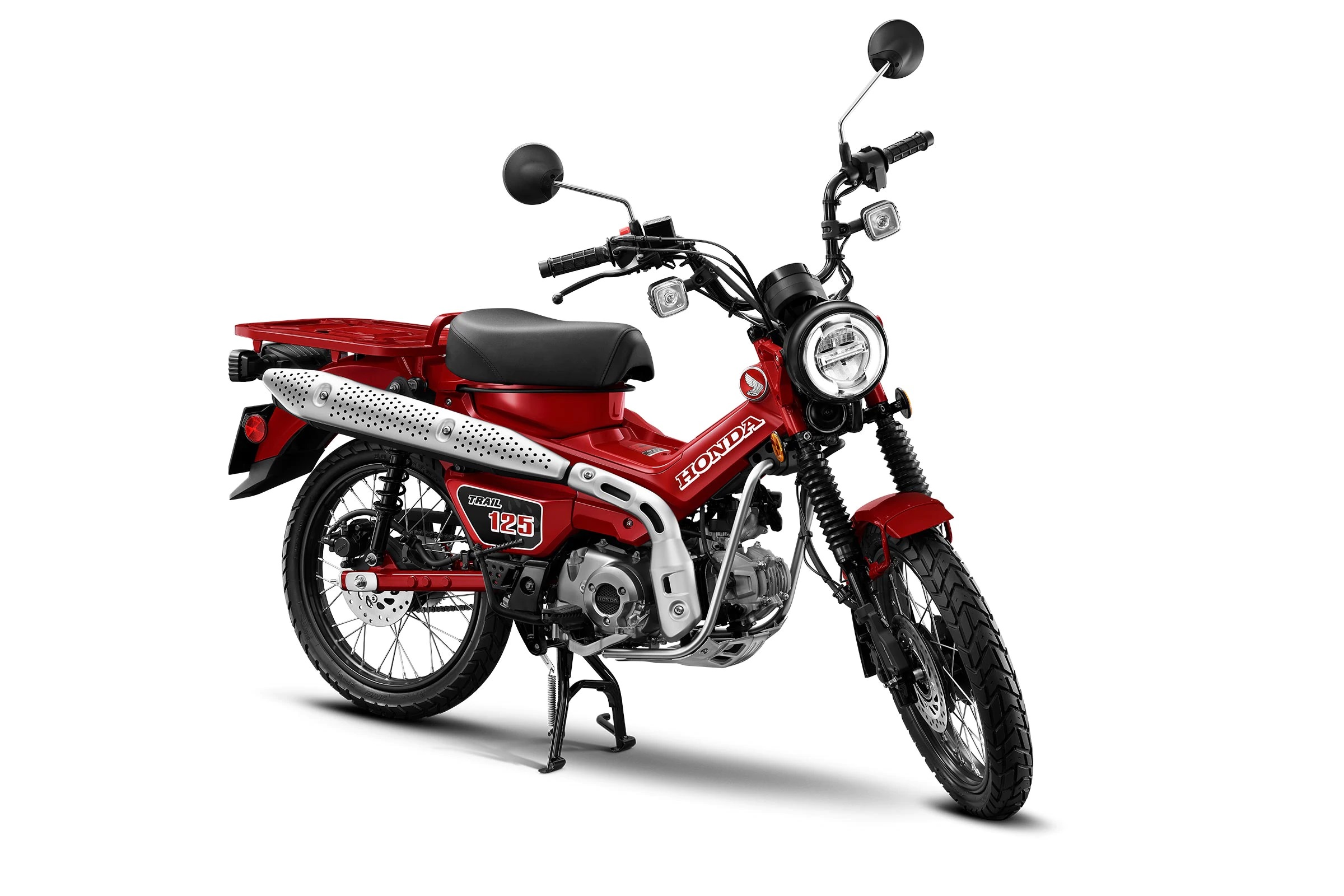 The tiny Honda Monkey may well have been designed as a mini-scrambler, but Japan has actually had a proper mini-scrambler for years. It came to North America in 2021, and it’s still one of the best small scrambler motorcycles you can get your hands on.

Just look at it, and tell us that it isn’t a first ballot, hall of fame, checklist-completing scrambler. High exhaust? Check. Bash plate under the (tiny) engine? Check. Dual shocks on the back for rebound and grip? Check. Massive front forks to take the bumps and ruts in stride? Check. Fun and funky? Check and check.

It even has mounting points for panniers if you want, and a decent cargo shelf that will easily handle a weekend’s worth of supplies for a fun scramble through the backcountry. It’s not the most powerful bike you can buy, or the fastest. It’s powered by a 125cc single cylinder engine that it shares with the Super Cub 125.

But what it is—and this is what makes it so extremely special—is fun. Uncomplicated, unassuming, pure fun. Read more about the 2021 Honda Trail 125, and check out Honda’s 2022 motorcycle lineup here. 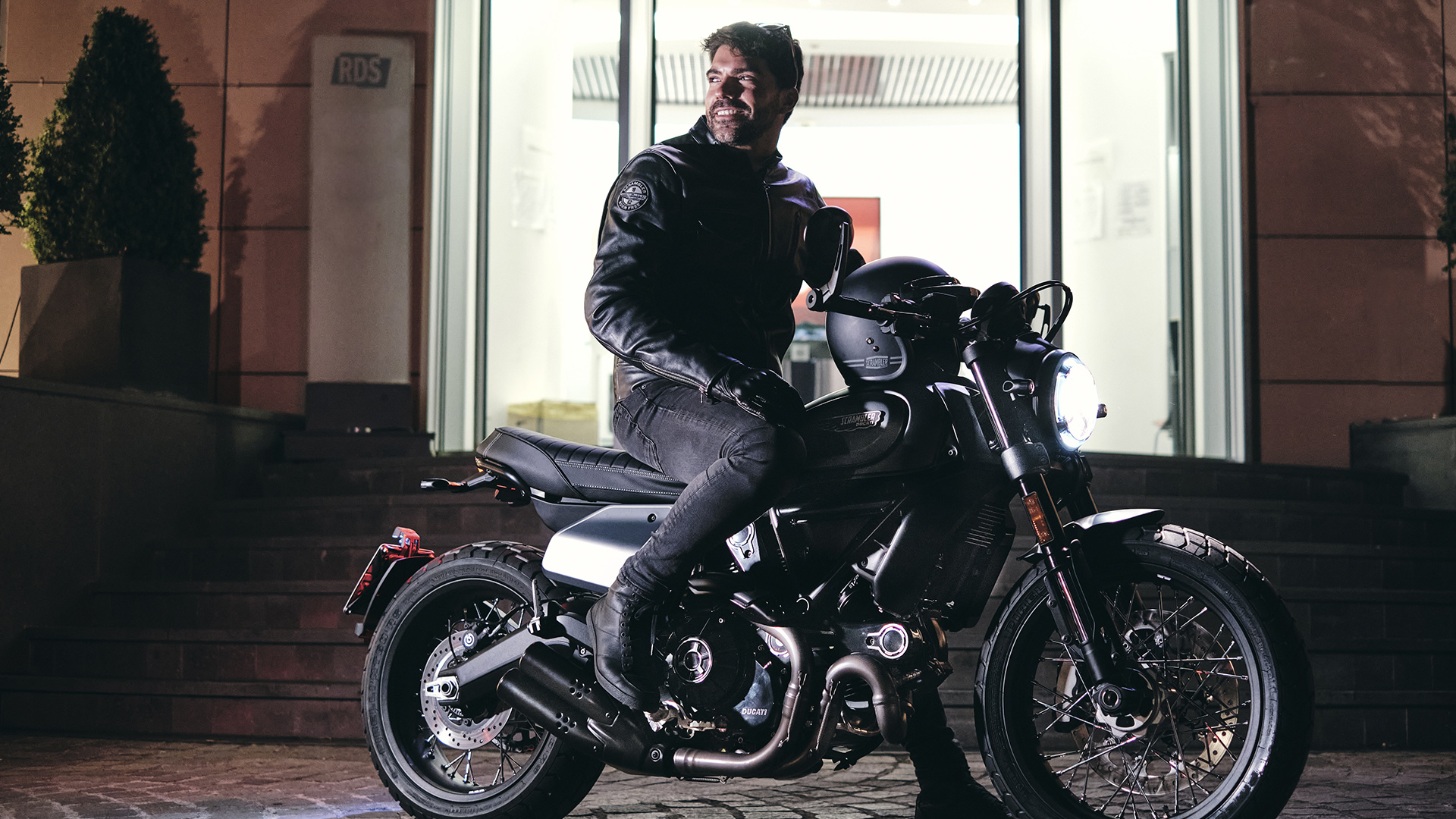 Ducati has been making scramblers for over a decade now. Maybe that’s because there are mountains and hills in the north of Italy, or that the country’s rural regions mostly use roads made from old cobblestones and packed dirt. In any case, scramblers are fairly popular there.

But Ducati scramblers are becoming increasingly popular in major cities all around the world, and most riders aren’t using them to traverse rough terrain anymore. So in 2021, Ducati decided they would take a page from the country’s history with motorsports, introducing the Scrambler Nightshift.

Instead of sporting a high-mounted exhaust, the pipes on this bike are slung low along the side of the engine on the right hand side. The 803cc L-twin engine pushes out 73 hp and 49 lb-ft of torque. The handlebars are higher than a normal scrambler, and the seat is rearward, shifting the rider’s weight towards the back wheel. All of this harkens back to those golden early days of motorsports, and the 2022 model continues in the same vein—even adding a café racer-style flat seat to make sharing the excitement with a passenger easier.

The Scrambler Nightshift is very much a modern take on the flat track racers of yore. It even has blank spots on its side fairings for chalking in a number, as if Ducati actually expects you to take this little monster onto a flat track. Honestly, we suspect it would do extremely well you did, since Ducati bikes built with motorsports in mind are usually direct descendants of their racing bike cousins! See Ducati’s entire 2022 lineup here. 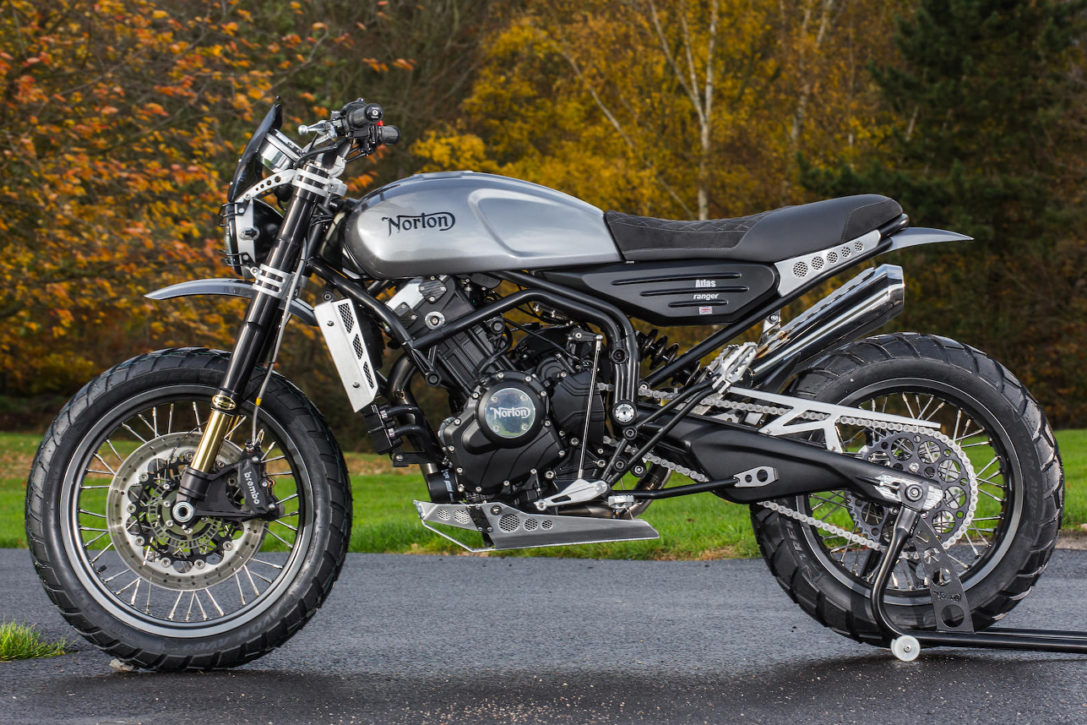 Okay, we didn’t get it in 2021, and now it looks like we won’t get it until 2023—if we get it at all. But if the Norton Atlas Ranger ever does show up, you can bet that the entire team here at BAHS will be very eager to ride one.

For those of you who haven’t been following along, here’s what happened: Norton—one of the oldest motorcycle companies in the world—nearly disappeared in 2019 because of substantial debt, but an 11th hour investment from the TVS group rescued them. When Norton broke the news, they also announced several new models, including the Atlas Ranger.

The Ranger is supposed to be a dual-sport scrambler in the proper British tradition, featuring a 650cc parallel-twin engine that produces 84 hp and 47 lb-ft of torque. It’s also a gorgeous-looking bike, right down to the little details like it’s cross-stitched seat. Too bad it might never see the light of day. 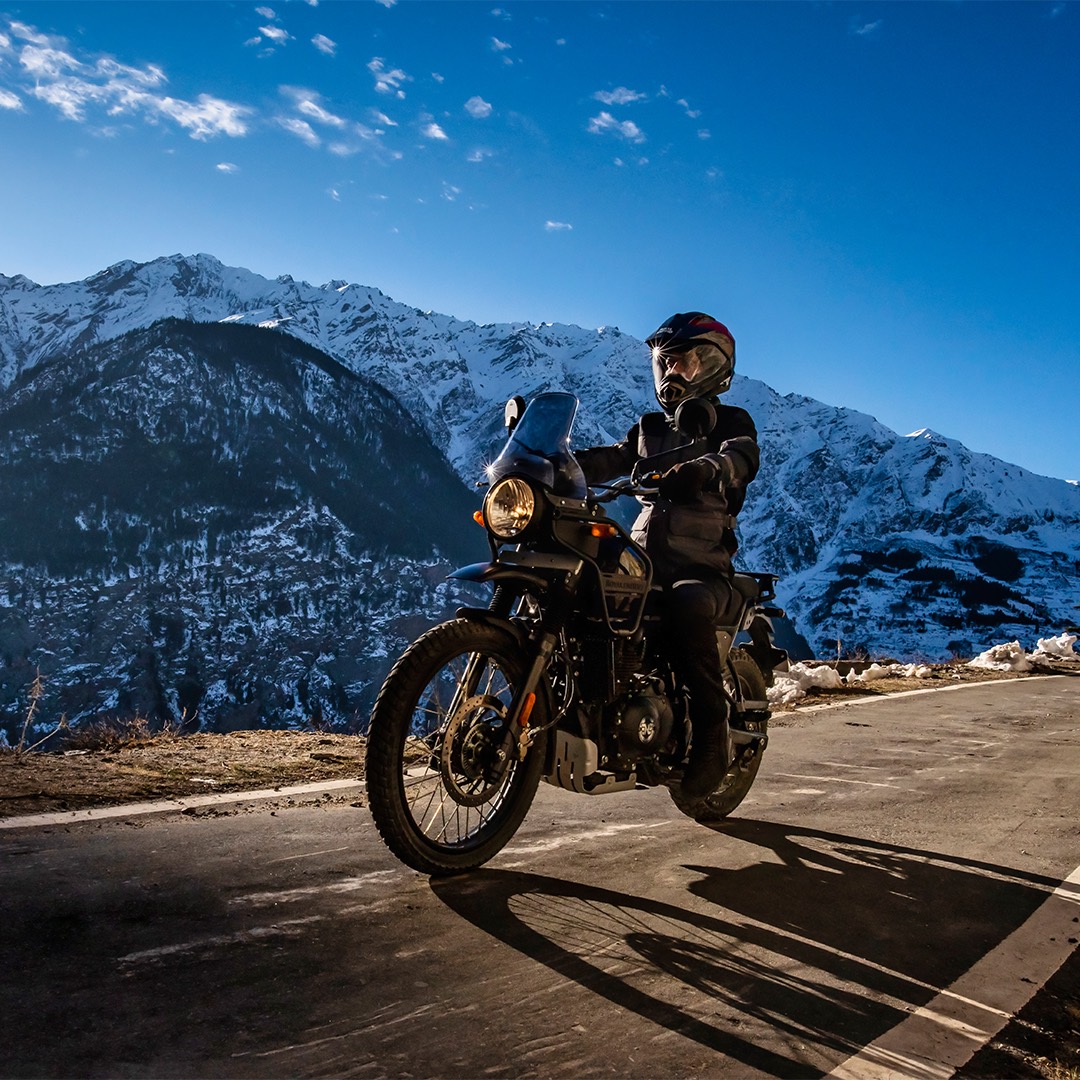 This one is pushing a definition a little, but hear us out. While the Royal Enfield Himalayan is supposed to be an adventure bike, it fits every criteria of a scrambler save one: the windscreen. It’s got everything else you’d look for: a high-slung exhaust, beefed-up front and rear suspension, a bash plate, etc.

Like other recent Royal Enfield motorcycles, the Himalayan is also full of retro-modern beauty. It has the aesthetic of a 1960s scrambler from the days before adventure bikes even existed, but it also has up-to-date engine management systems—it even comes with a rear ABS disable button! And since that windshield can be easily removed by taking out four simple screws, you can basically turn it into a true scrambler whenever you want.

The Himalayan has been available in other parts of the world for a while now, but it only made it to North America last year. If you’re looking for an affordable bike with decent grunt that you can repair easily after you inevitably drop it during one of your adventures, this could be the answer.